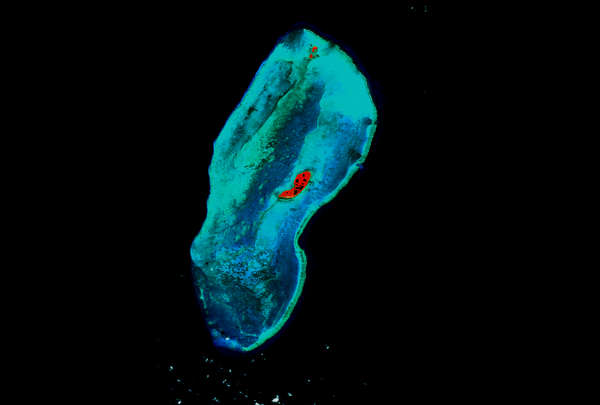 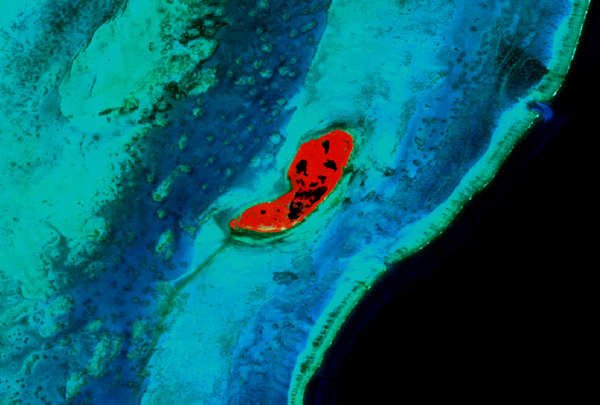 The bands of color in this image show "natural color", essentially the colors we would see if we could look down from Landsat 7 ourselves. But in the second image, an exchange of the visible light red band for one that sees near infrared data instead makes some areas on the reef jump out in bright red relief. The near infrared band best gathers the electromagnetic signature of a thriving ecosystem. In these images where there is not a red signal, the coral is not actively growing.