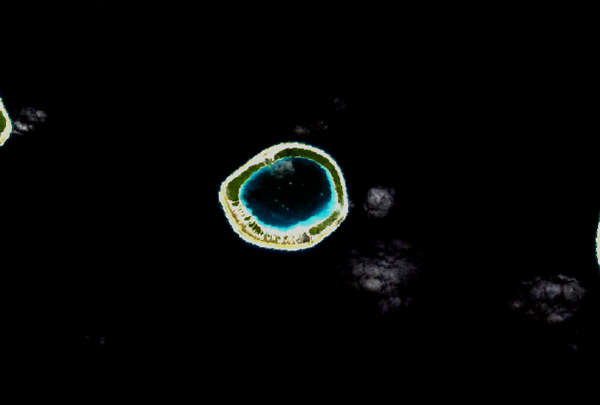 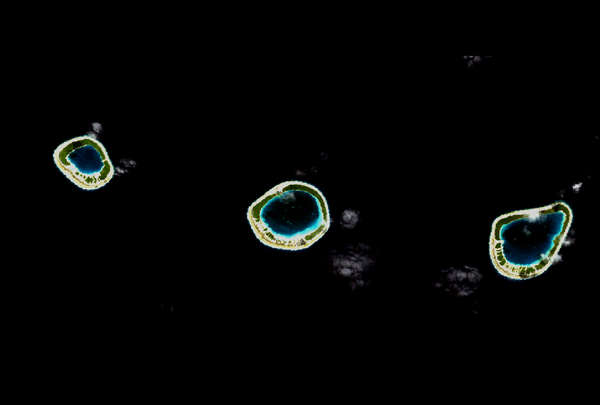 Telling the Tale of an Atoll

These elegant whorls of color are atolls, enclosed coral reefs almost always surrounding a lagoon. Generally speaking, atolls are the products of volcanic islands that have eroded away.

In general the process is believed to work like this. Coral forms off shore from volcanic islands in tropical latitudes, developing a barrier reef that's separated by a growing lagoon. But over time, while the surrounding ocean wears away the main body of the island, the coral ring remains. When the island ultimately disappears from view, the remaining lagoon is left with a protective atoll.