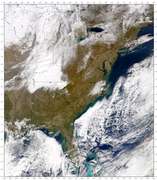 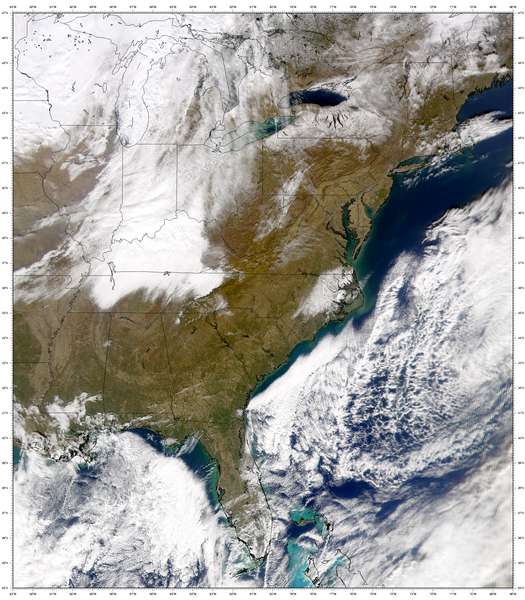 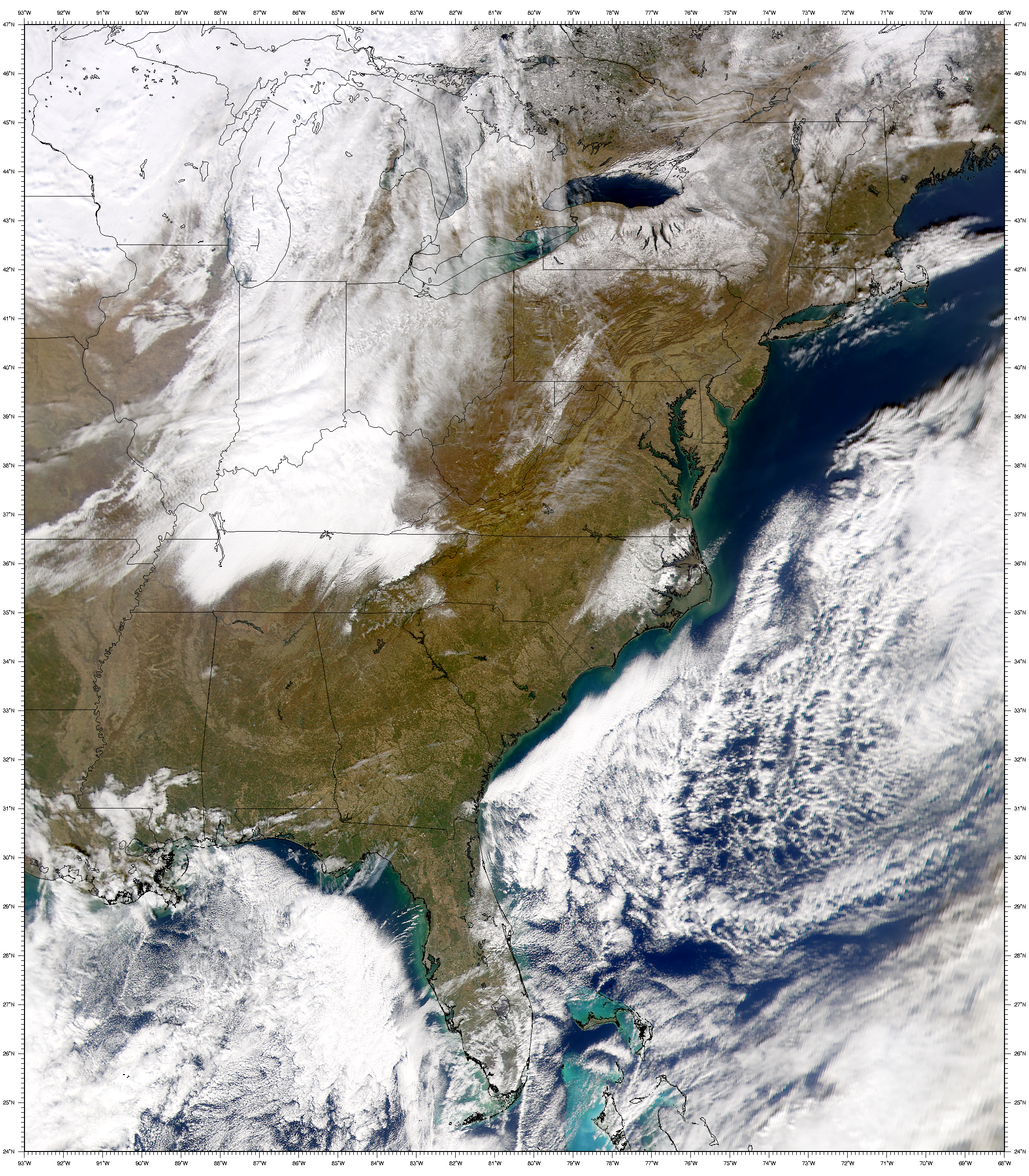 This SeaWiFS image of the U.S. East Coast shows what is left of the December 3 snowfall in eastern North Carolina and Virginia. Snow cover is also visible between the clouds in other locations having either greater altitude or greater latitude.