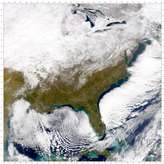 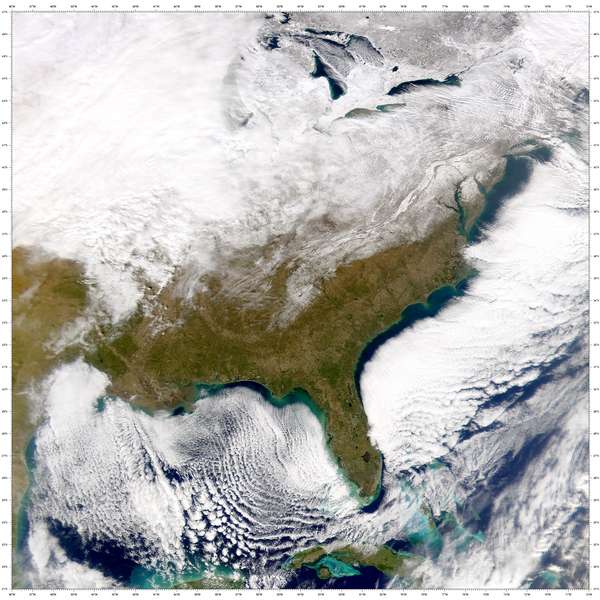 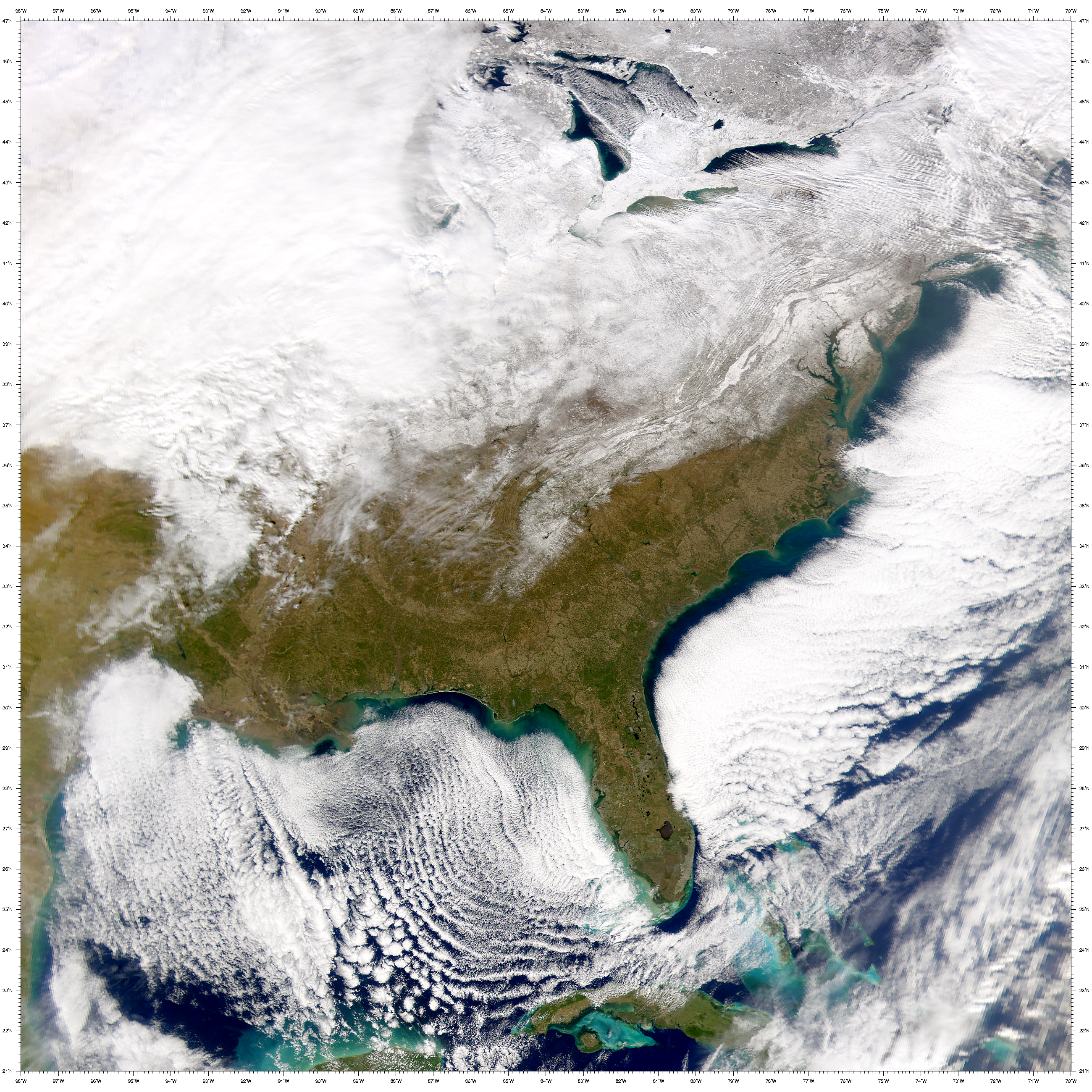 The clouds stayed scrupulously offshore on December 20, 2000, leaving SeaWiFS with a mostly unobstructed view of the southern edge of the previous day's snowfall across the eastern United States.