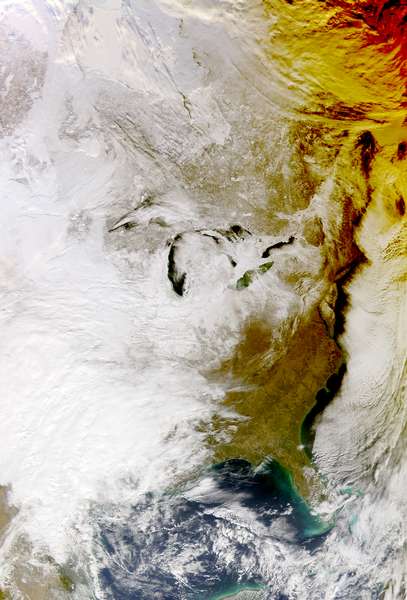 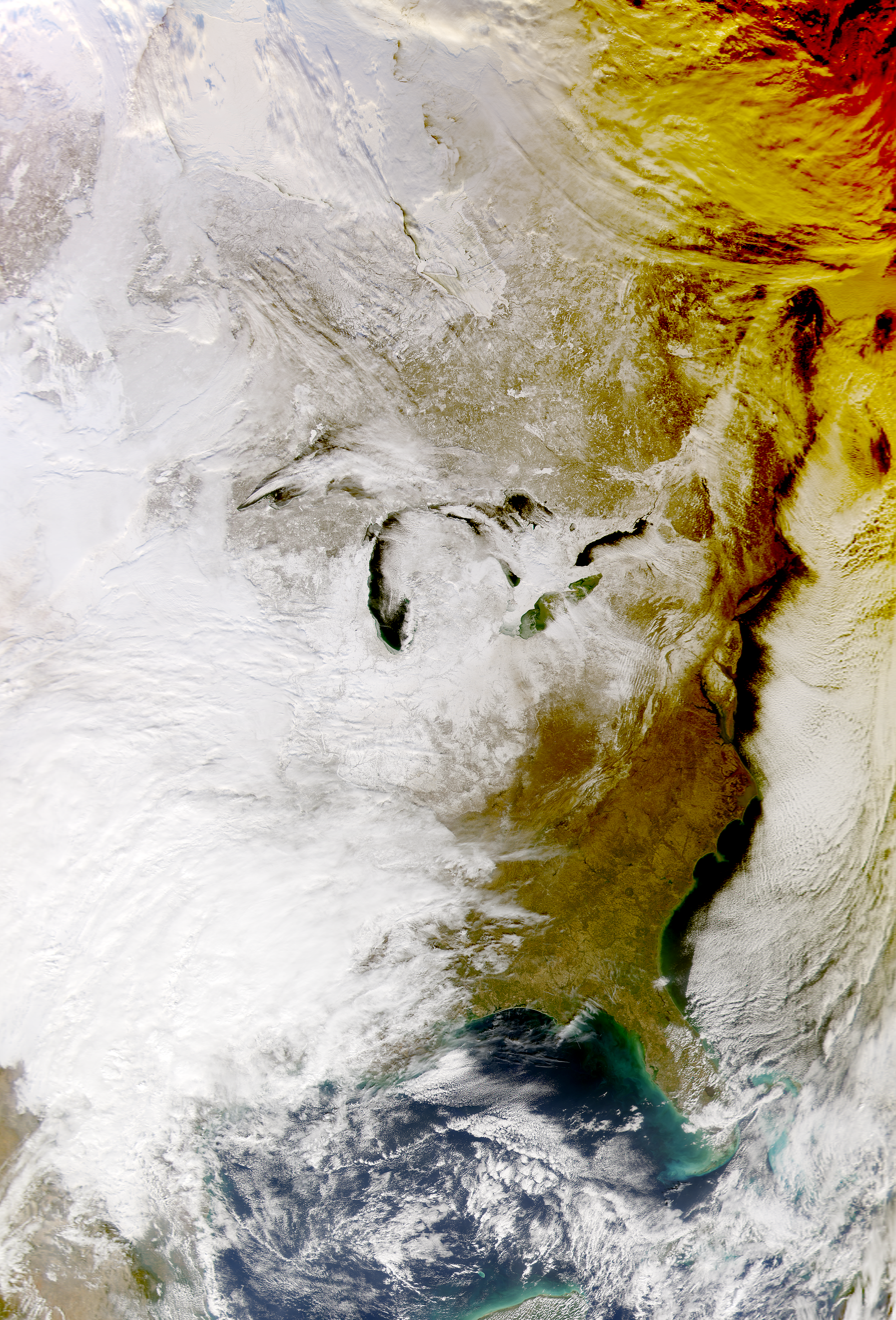 The partial solar eclipse of Christmas Day 2000 had this effect on the SeaWiFS data collected at the same time. The yellowing effect—caused by the software’s erroneous assumptions about the amount of incoming solar radiation, and most prominent along the eastern edge of the swath—makes Lake Erie look as though it were filled with mustard.