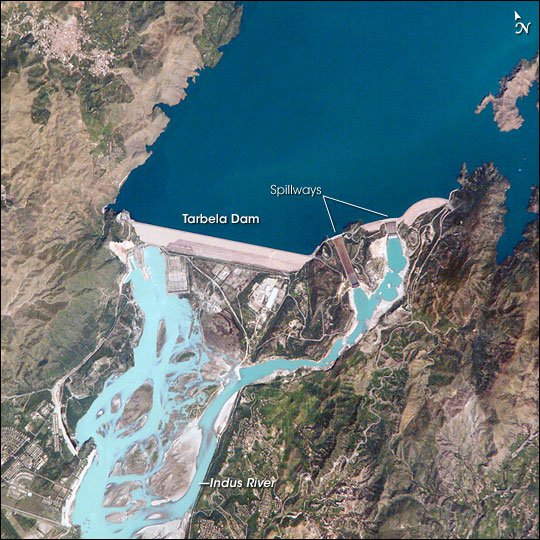 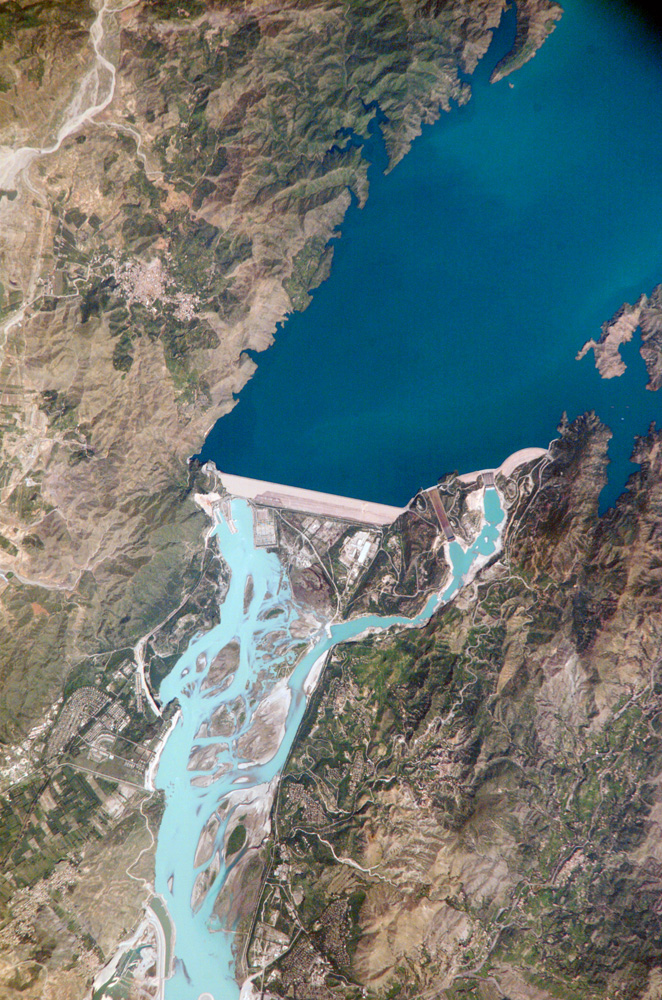 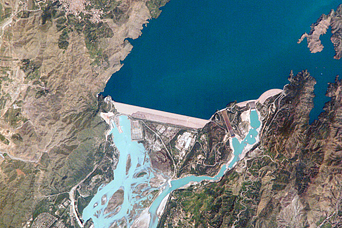 The Indus River basin extends from the Himalaya Mountains that form the northeastern boundary of Pakistan to the alluvial plains of Sindh near the Arabian Sea coastline. Tarbela Dam is part of the Indus Basin Project, which resulted from a water treaty signed in 1960 between India and Pakistan. This treaty guaranteed Pakistan water supplies independent of upstream control by India. Designed primarily for water storage rather than power generation, the dam was completed in 1977. Turquoise waters of the Indus River (to the south of the dam) reflect the high proportion of silt and clay suspended in waters released by the spillways.

Astronaut photograph ISS005-E-12804 was acquired September 6, 2002, with a Kodak 760C digital camera with an 800 mm lens, and is provided by the ISS Crew Earth Observations experiment and the Image Science & Analysis Group, Johnson Space Center. The International Space Station Program supports the laboratory to help astronauts take pictures of Earth that will be of the greatest value to scientists and the public, and to make those images freely available on the Internet. Additional images taken by astronauts and cosmonauts can be viewed at the NASA/JSC Gateway to Astronaut Photography of Earth