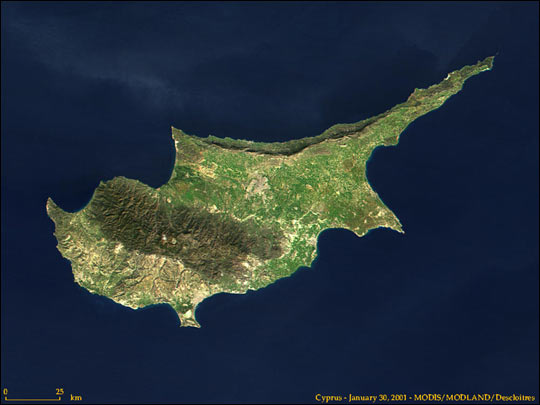 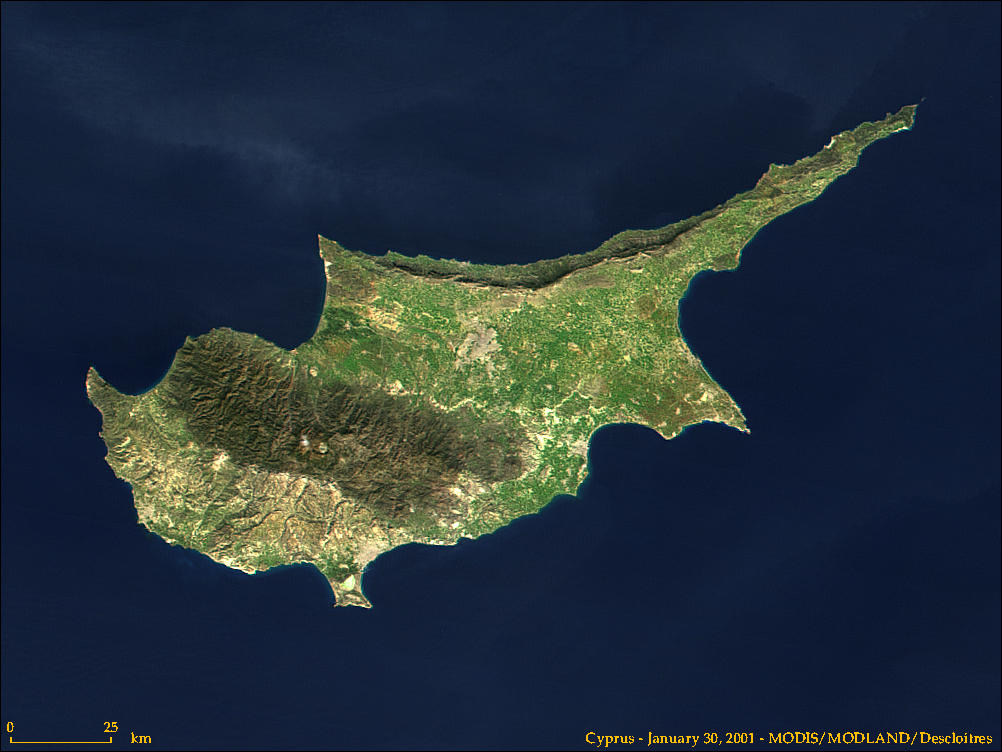 The island of Cyprus is located south of Turkey and northwest of Lebanon in the Mediterranean Sea. The island is 225 km from east to west, and has an area of about 9,250 square kilometers. This image, acquired by NASA’s Moderate-resolution Imaging Spectroradiometer (MODIS) on January 30, 2001, shows the three distinct geologic regions of the island. In the central and western part of the island is the Troödos Massif, a mountain range whose surface layer is mostly basaltic lava rock, and whose maximum elevation is 1953m. Running in a thin arc along the northeast margin of the island is Cyprus’ second mountain range, a limestone formation called the Kyrenia Range. A flat area of low relief occupies the space between these ranges, and is home to Lefkosia, the capital city of the Republic of Cyprus. The city is visible as a grayish-brown patch near the image’s center. Lefkosia lies along a UN-patrolled cease fire line that begins in roughly the center of the W-shaped northwestern coastline and meanders east/southeast across the island. The line was established in 1974, and it divides the Turkish-occupied North from the Republic of Cyprus to the south.