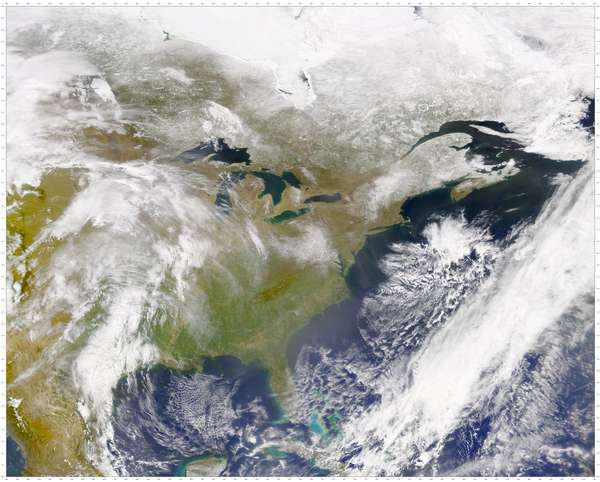 This SeaWiFS image acquired on April 19, 2001 shows the haze over much of the eastern United States and Canada.