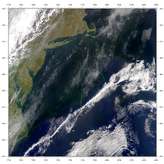 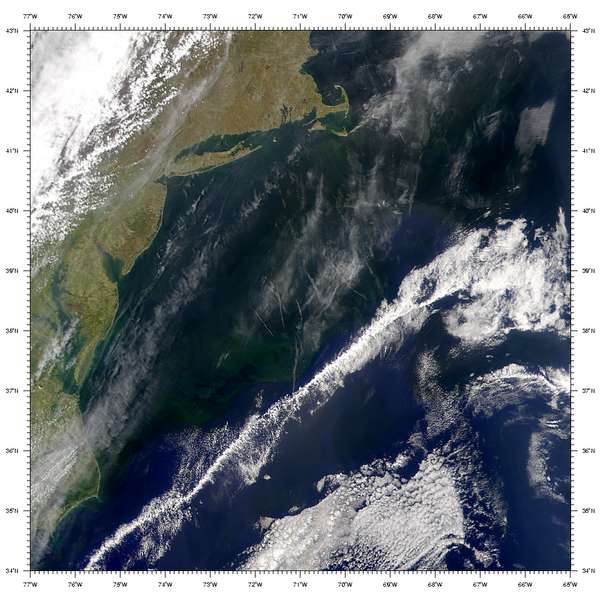 There was a fairly pronounced visual boundary between the Gulf Stream and waters farther north in this SeaWiFS view of the ocean over the United States mid-Atlantic continental shelf.