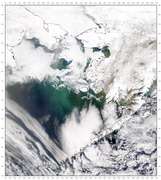 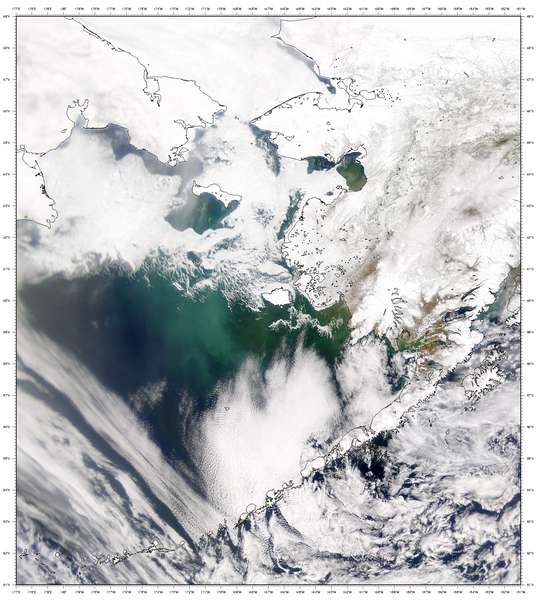 This SeaWiFS image shows the aquamarine colored waters of the Bering Sea. Closer to the Alaskan coast, the water takes on a browner hue indicating the presence of suspended sediments. The date for this image in Alaska is April 24, 2001, and April 25 over the Chukotskiy Peninsula.