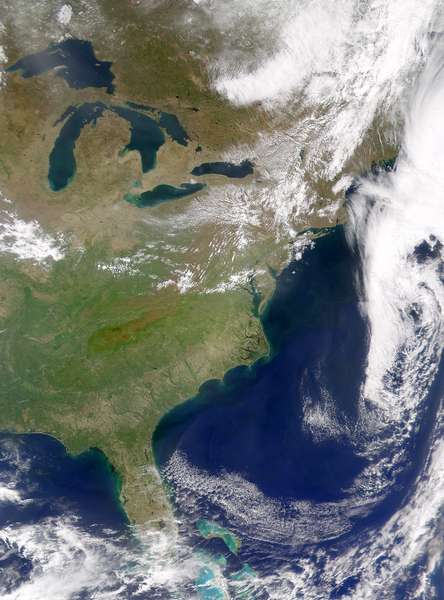 This SeaWiFS image, collected on April 27, 2001, shows cloud-free weather over much of the eastern United States.