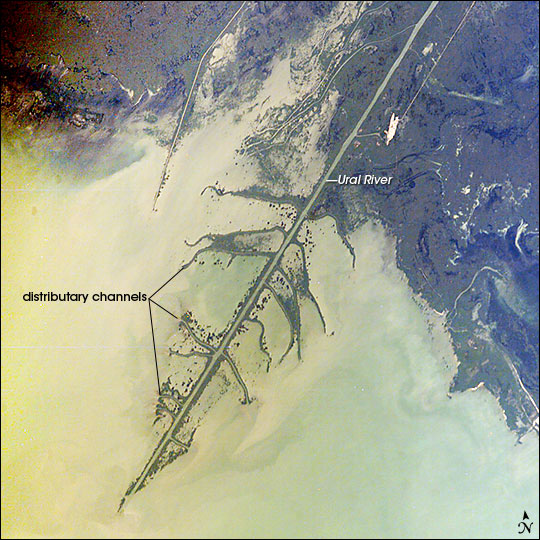 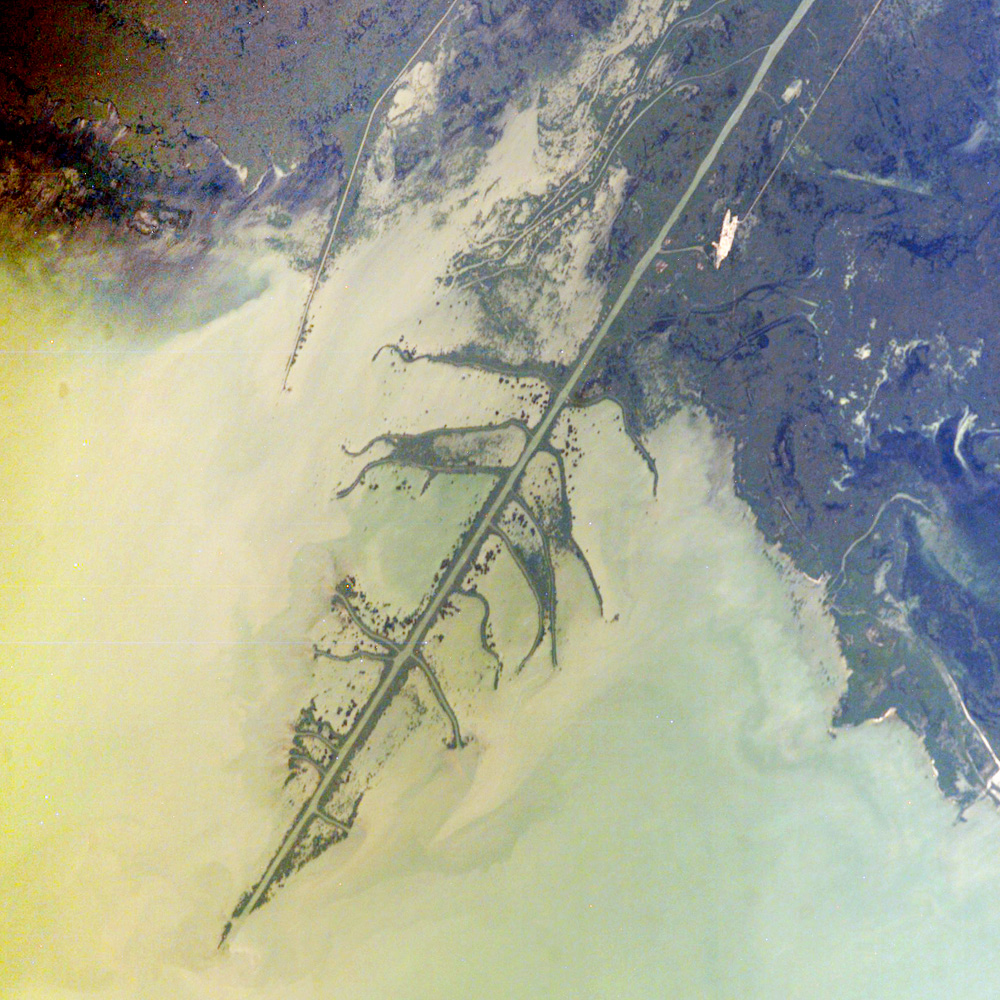 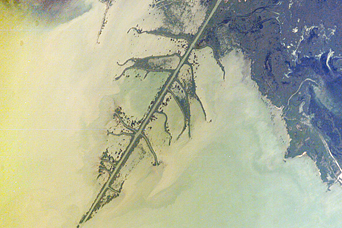 The Ural River is one of the two major rivers (the other is the Volga) that empty into the northern coast of the Caspian Sea, creating extensive wetlands. This image shows details of the Ural’s tree-like (or “digitate”) delta. This type of delta forms naturally when wave action is low, and sediment content in the river is high. New distributary channels form in the delta when the river breaches natural levees created by sediment deposition. The long main channel of the river in this image and several of the distibutary channels are too regular to be entirely natural, however. Like the famous Mississippi River delta in the United States, the Ural River delta has been significantly modified to reduce flooding and divert water.

Astronaut photograph ISS009-E-18679 was acquired August 17, 2004 with a Kodak 760C digital camera with an 400 mm lens. The image is provided by the ISS Crew Earth Observations experiment and the Image Science & Analysis Group at the Johnson Space Center. The International Space Station Program supports the laboratory to help astronauts take pictures of Earth that will be of the greatest value to scientists and the public, and to make those images freely available on the Internet. Additional images taken by astronauts and cosmonauts can be viewed at the NASA/JSC Gateway to Astronaut Photography of Earth.