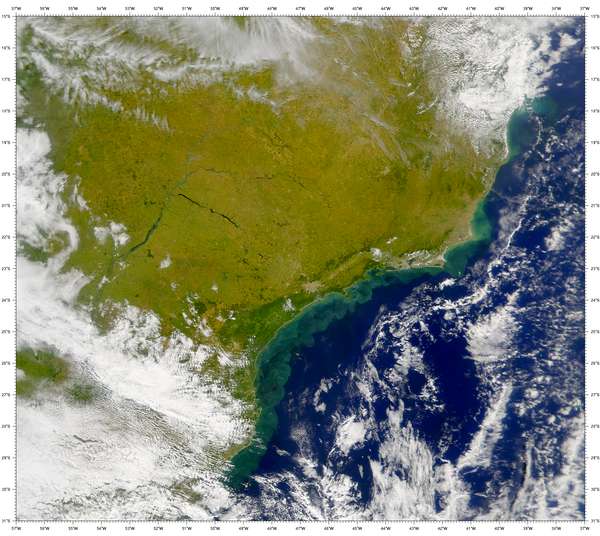 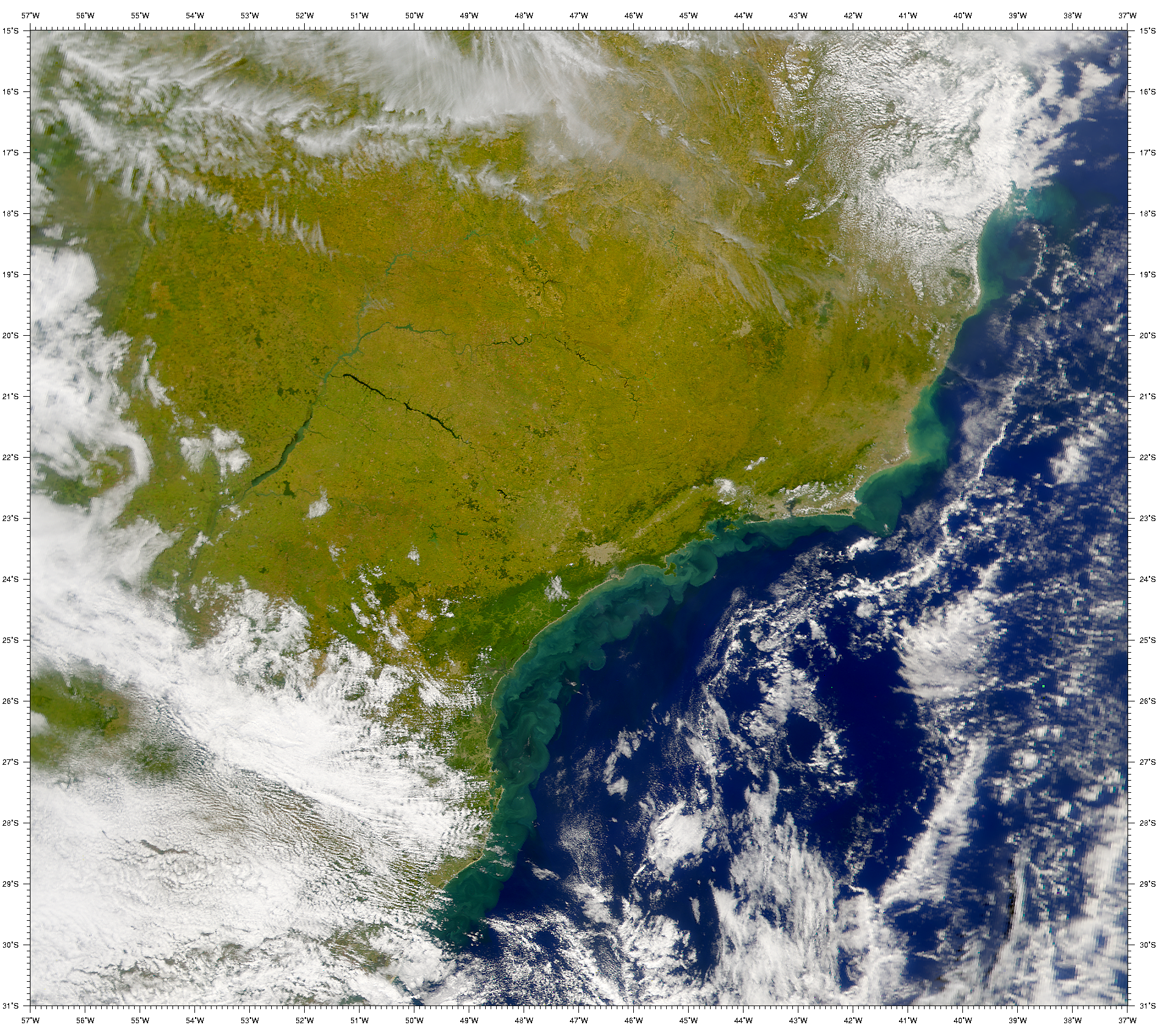 SeaWiFS: Turbid Waters Along the Coast of Southern Brazil

Sometime during the week between May 2, 2001 and May 9, 2001, something must have stirred the waters along the southern coast of Brazil. The SeaWiFS images from these days show the transition from blue water almost up to the coast on May 2nd to turbid blue-green in a roughly 80 kilometer wide band on May 9th. The metropolitan areas of Rio de Janeiro, São Paulo, and Belo Horizonte can be readily distinguished in the full-resolution images as whitish-gray splotches. Inland, the Parana River and its tributaries are clearly visible.