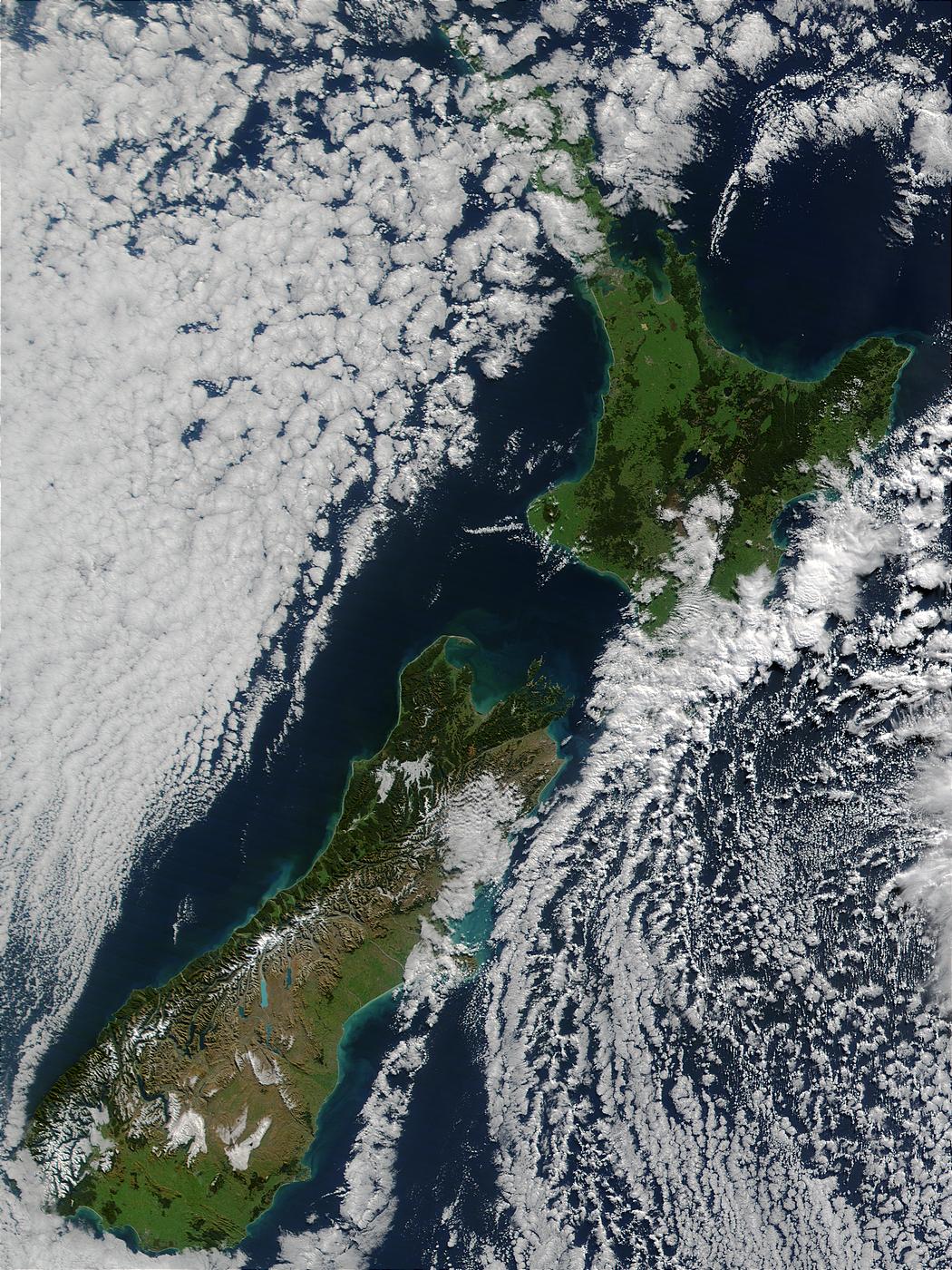 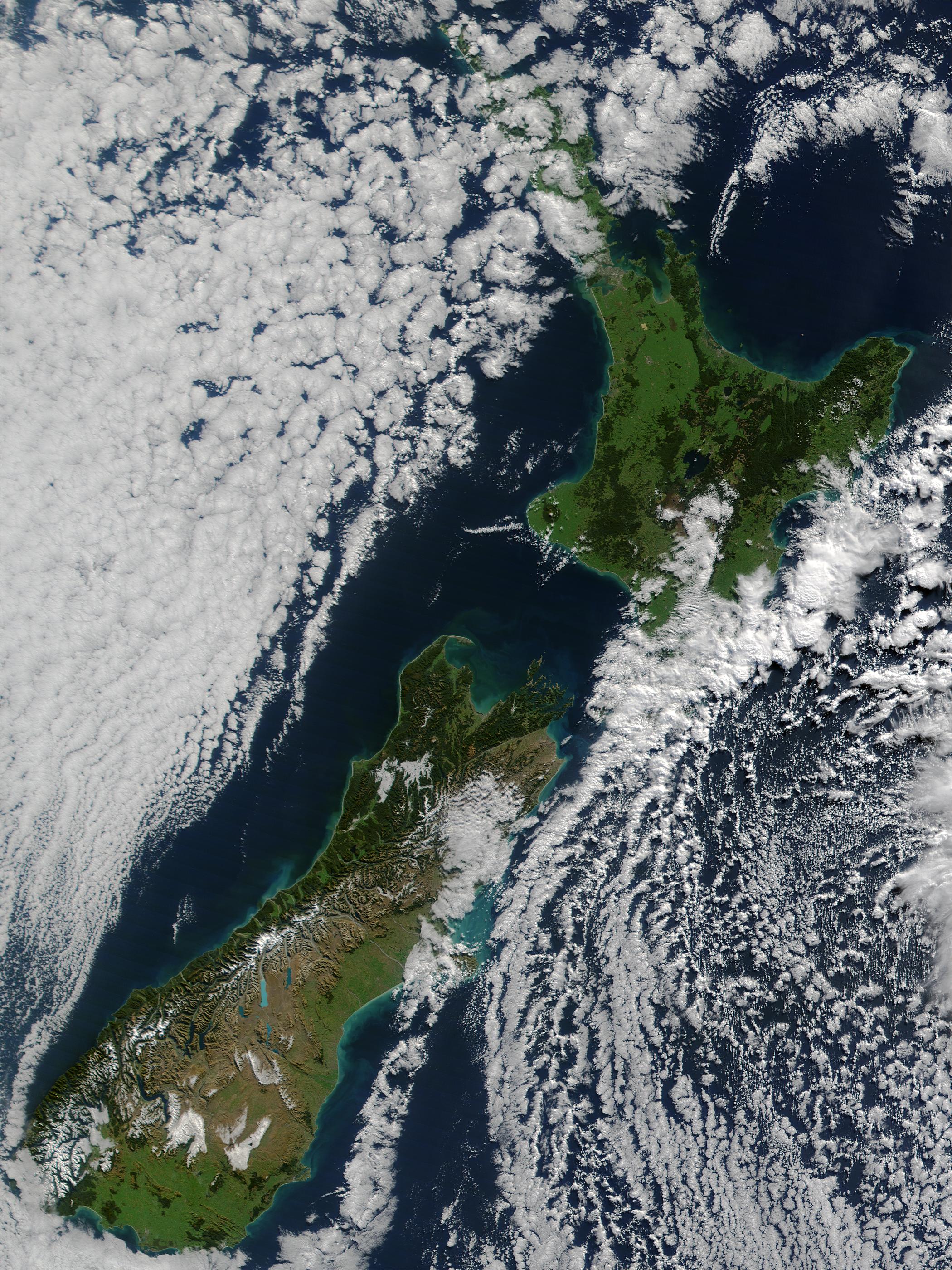 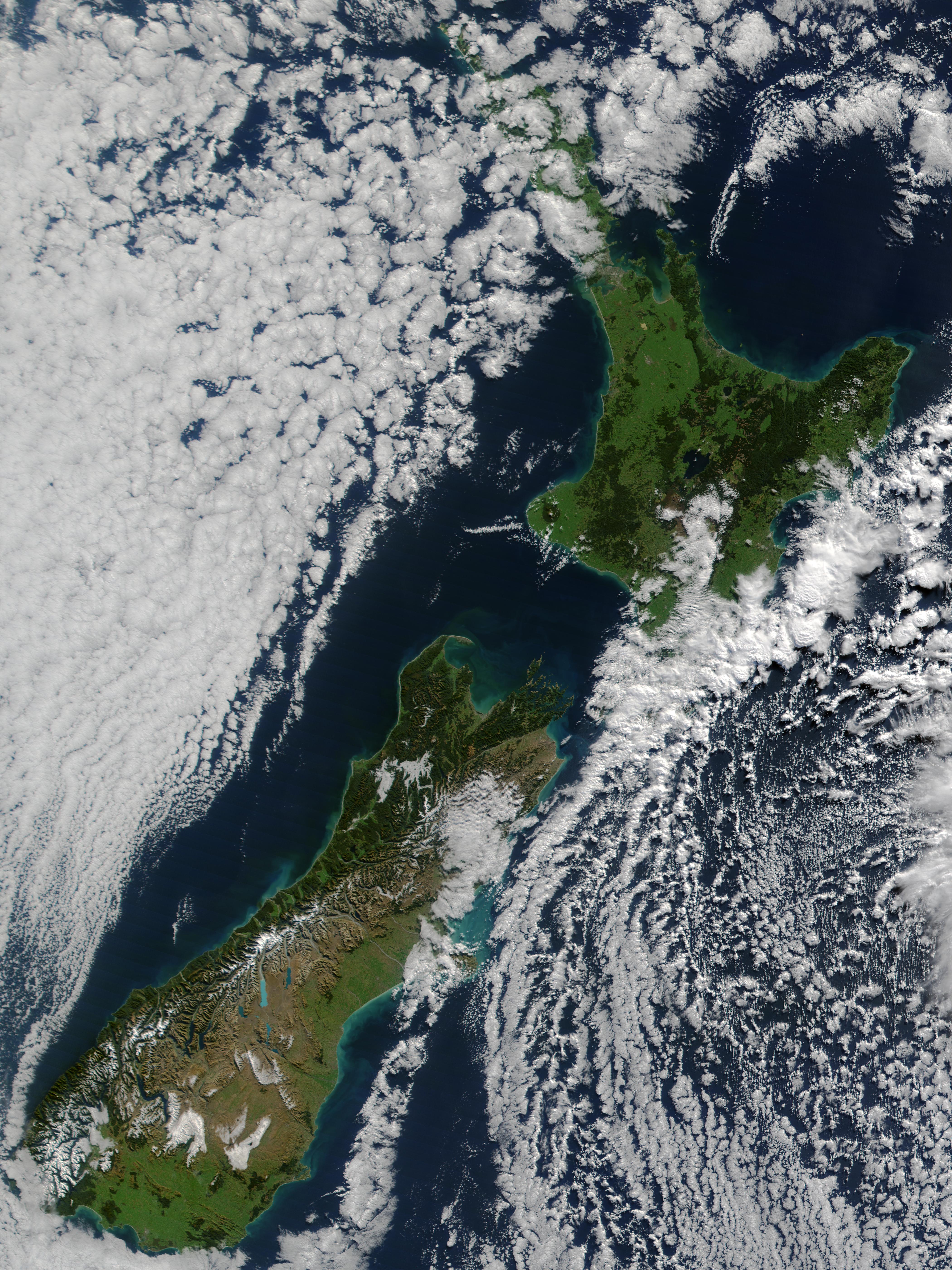 A break in the passing clouds provides a relatively good look at New Zealand's North and South Islands, separated by the Cook Strait. The South Island is home to the Southern Alps, which produce a rain-shadow effect and divide the island climatically. Clouds moving in from the Tasman Sea (left) rarely make it over the top of the mountain range, expending precipitation in the form of rain on the western coast and snow and ice at higher elevations in the mountains. This causes a lush, heavily vegetated western coastline, and leaves rather arid plains east of the Southern Alps.

The Southern Alps are also home to Lake Pukaki, visible as a light blue strip halfway across the island. The lake's color is a product of glacial erosion of the mountain, and is fed by the glacial meltwaters of the Tasman glacier, which sits atop of the Southern Alps. The finely ground rock particles, or glacial silt, that are a product of the erosion sit suspended in the water and reflect the sunlight, giving the lake its pristine blue color.