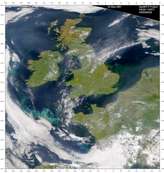 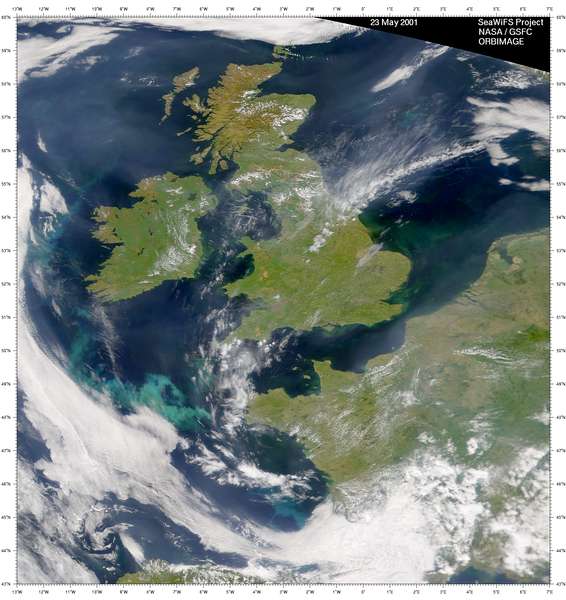 SeaWiFS: Phytoplankton Blooms in the United Kingdom and Ireland

This SeaWiFS image captured on May 23, 2001 shows a sunny day in the United Kingdom and Ireland. There are several large, bright blooms that extend from the Bay of Biscay, across the Celtic Sea, and up around the western side of Ireland. The different patches exhibit significant color variations. On the North Sea side, the phytoplankton patches look less milky and somewhat greener. Brownish suspended sediment flows from the mouth of the Humber estuary.