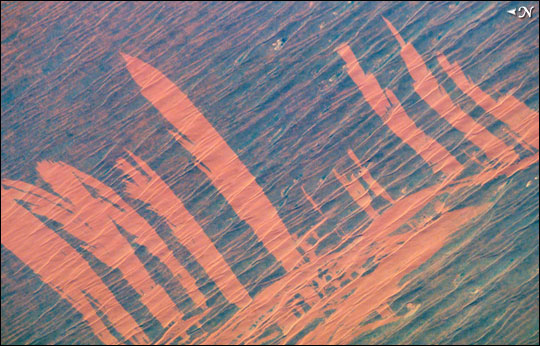 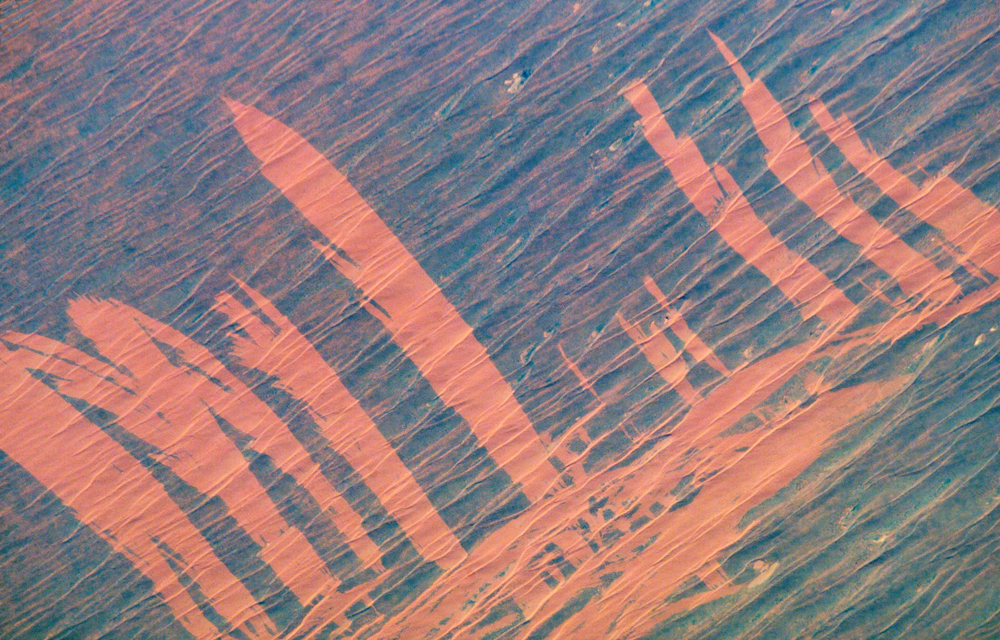 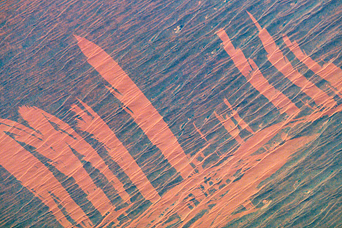 Bright orange fire scars show up the underlying dune sand in the Simpson Desert, 300 kilometers east of Alice Springs, in this astronaut photograph taken from the International Space Station in November, 2003. The fire scars were produced in a recent fire, probably during the same year. The image suggests a time sequence of events. Fires first advanced into the view from the lower left—parallel with the major dune trend and dominant wind direction. Then the wind shifted direction by about 90 degrees so that fires advanced across the dunes in a series of frond-like tendrils.

Astronaut photograph ISS005-E-21295 was acquired November 23, 2002, with an 800 mm lens on a Kodak 760C digital camera. The image is provided by the ISS Crew Earth Observations experiment and the Image Science & Analysis Group at the Johnson Space Center. The International Space Station Program supports the laboratory to help astronauts take pictures of Earth that will be of the greatest value to scientists and the public, and to make those images freely available on the Internet. Additional images taken by astronauts and cosmonauts can be viewed at the NASA/JSC Gateway to Astronaut Photography of Earth.