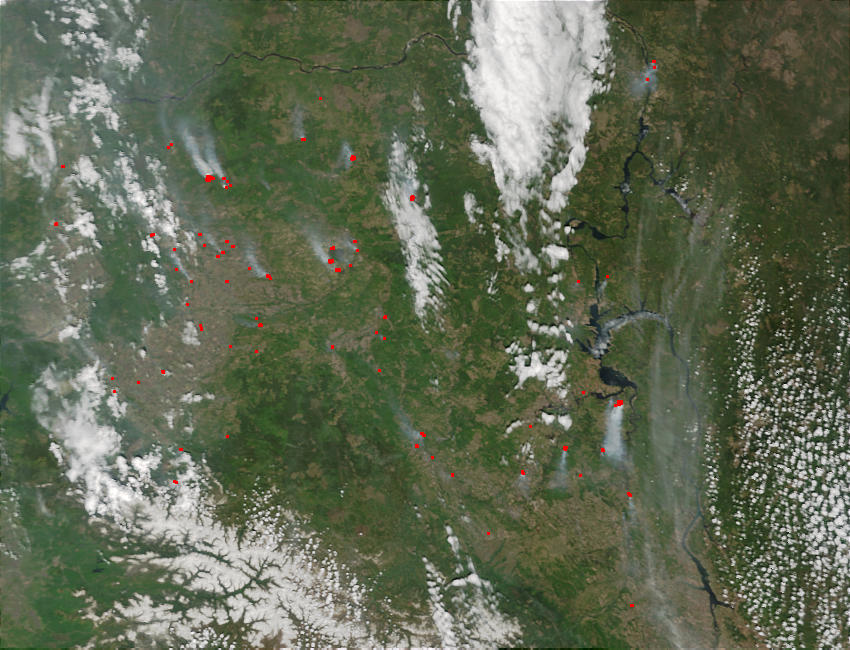 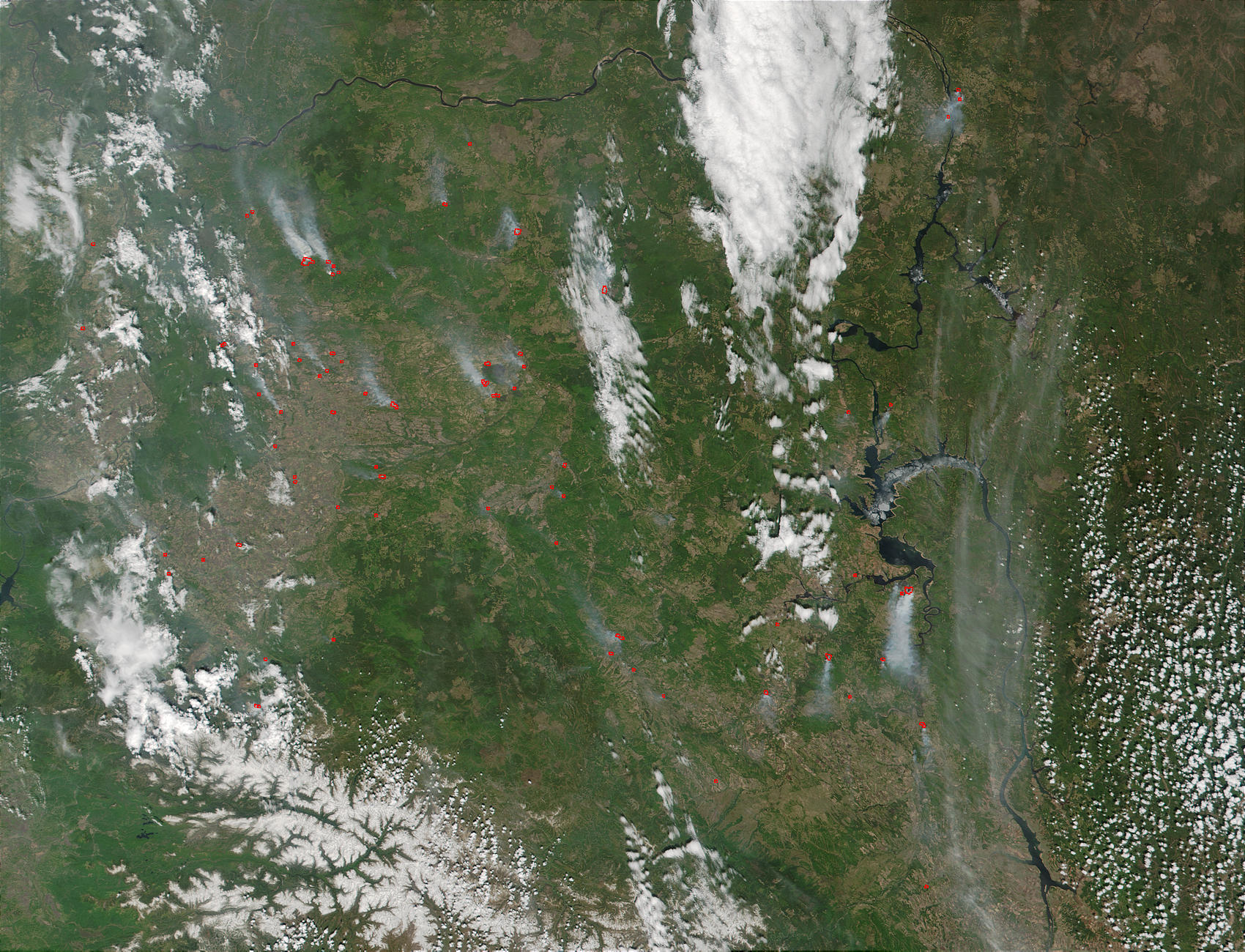 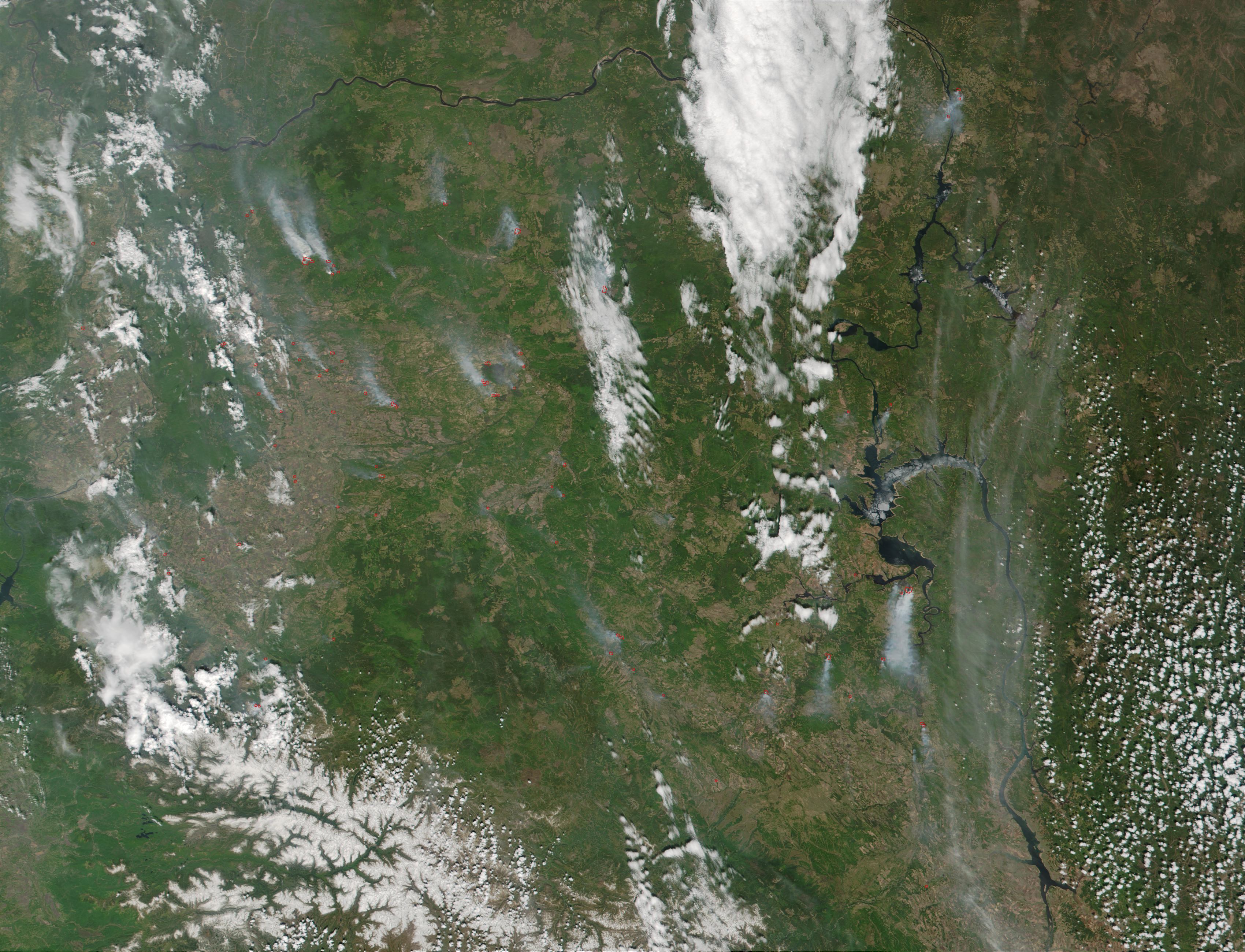 Fires in the Krasnoyarsk and Irkutsk regions, Russia

This MODIS true-color image shows several fires burning to the west of a particularly sinuous section of the Angara River, which runs through the southern end of the Central Siberian Plateau in the Irkutsk region. In this image, the Angara runs vertically along the far right bottom of the image, then makes a sharp westward turn, where the river seems to be still thick with ice. The river makes another sharp turn, this time to the north. At this bend in the river is Bratsk, which is home to one of the largest hydroelectric power plants in the world. The river follows its northward course until near the top of the image, where clouds obscure its next westward turn.