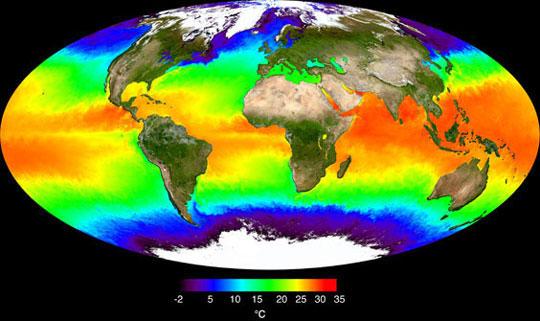 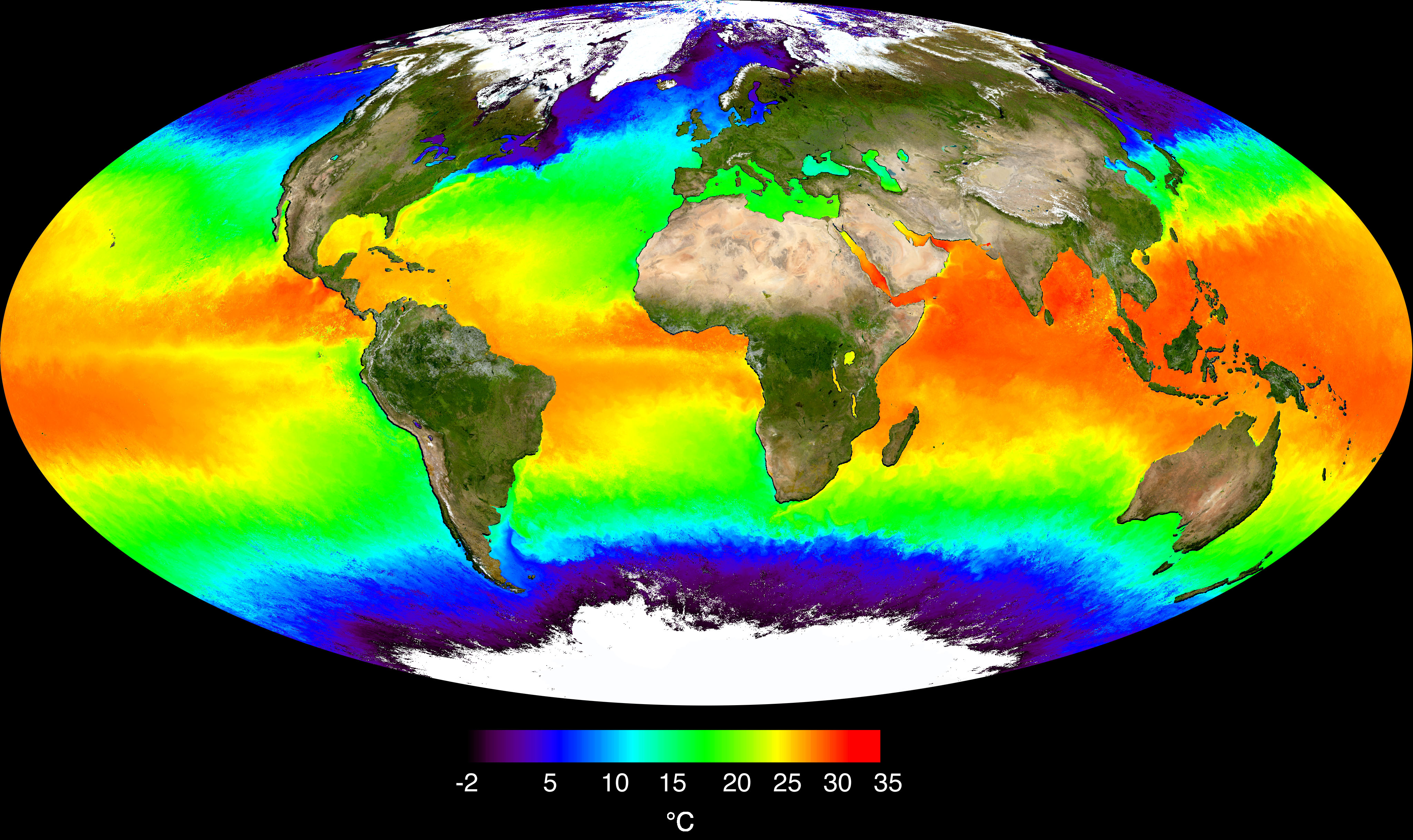 MODIS's 36 spectral bands provide scientists the chance to study many of Earth's terrestrial and oceanic characteristics with a single instrument, for example, Sea Surface Temperature (SST) and Land Surface Reflectance (LSR). This image was made from data collected during the month of May 2001. The LSR portion of the image is made from data collected at three wavelengths: 645 nm (red), 555 nm (green), and 469 nm (blue). This combination is similar to what our eyes would see. Combined with the land surface data are MODIS's measurements of SST in May, using detectors that capture thermal radiation at 4.0 µm, a design innovation that improves measurements in moist areas, such as the tropics, where persistent clouds often interfere with satellite measurements of SST. Large-scale temperature patterns are apparent, such as the Gulf Stream off the east coast of the United States, and the Kuroshio Circulation southeast of Japan