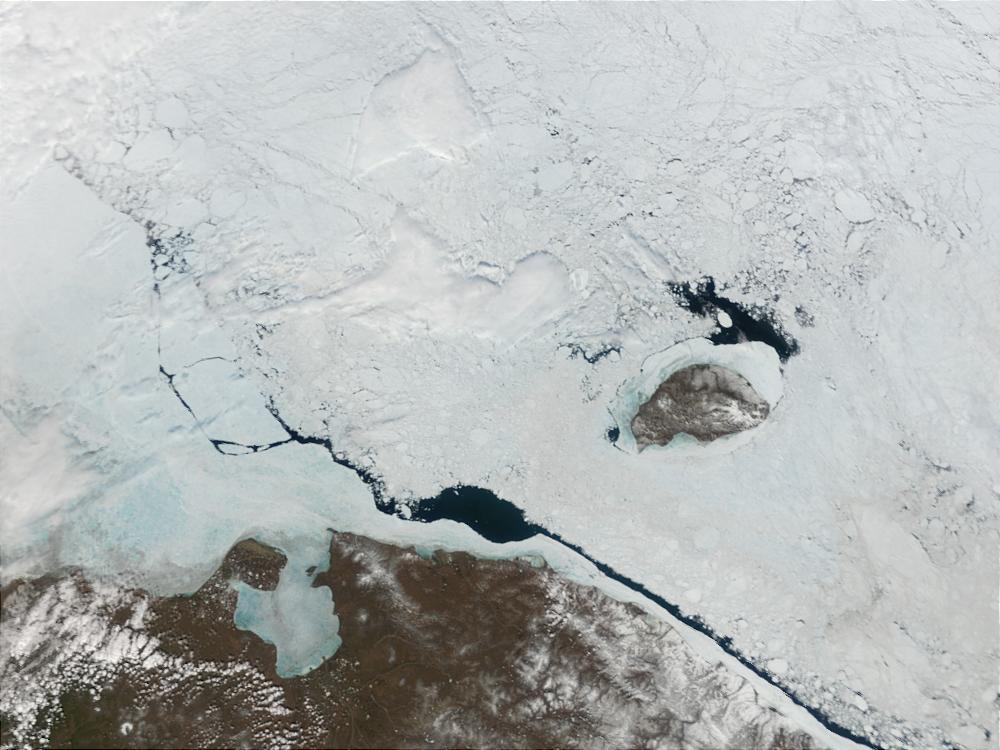 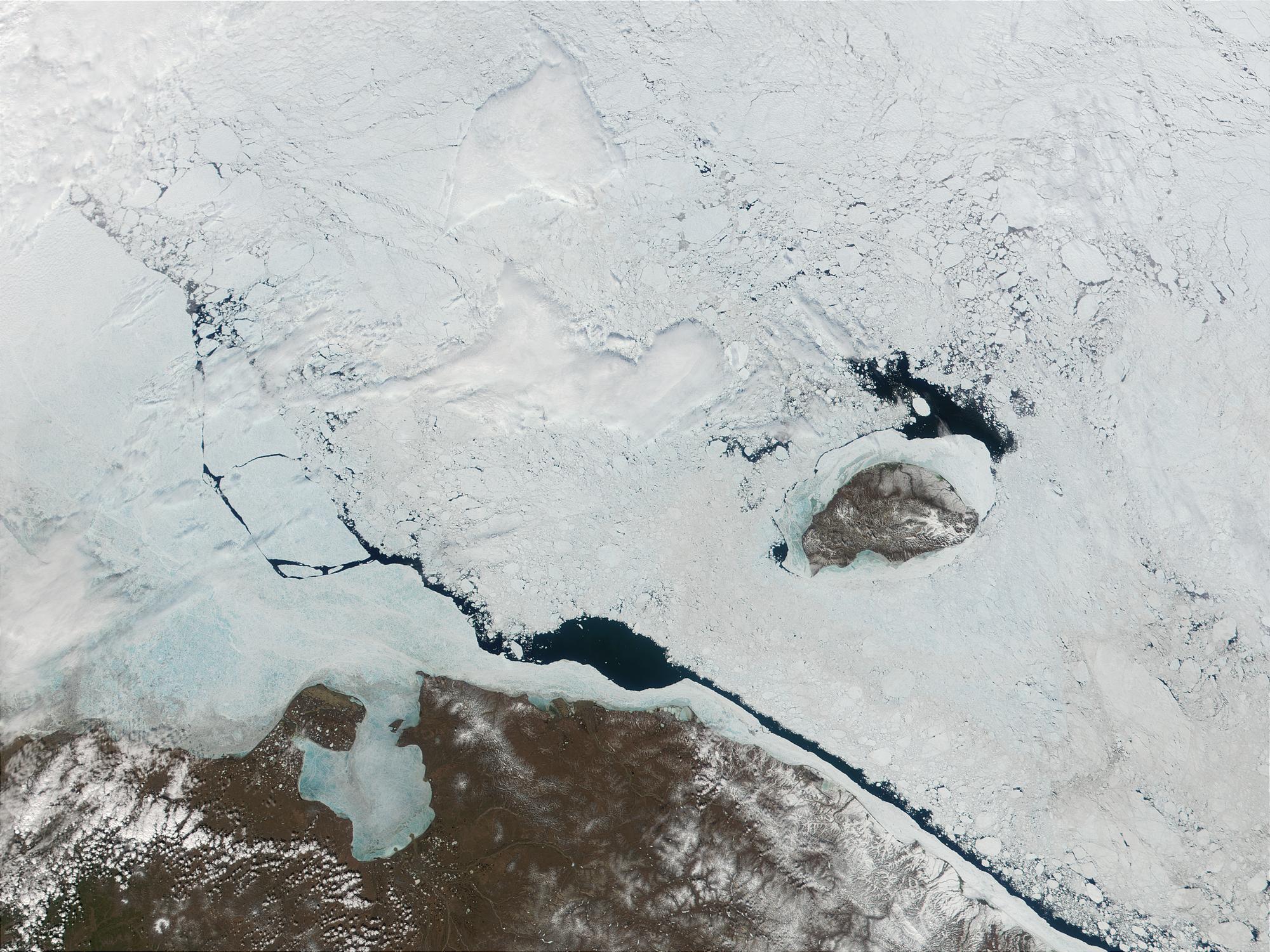 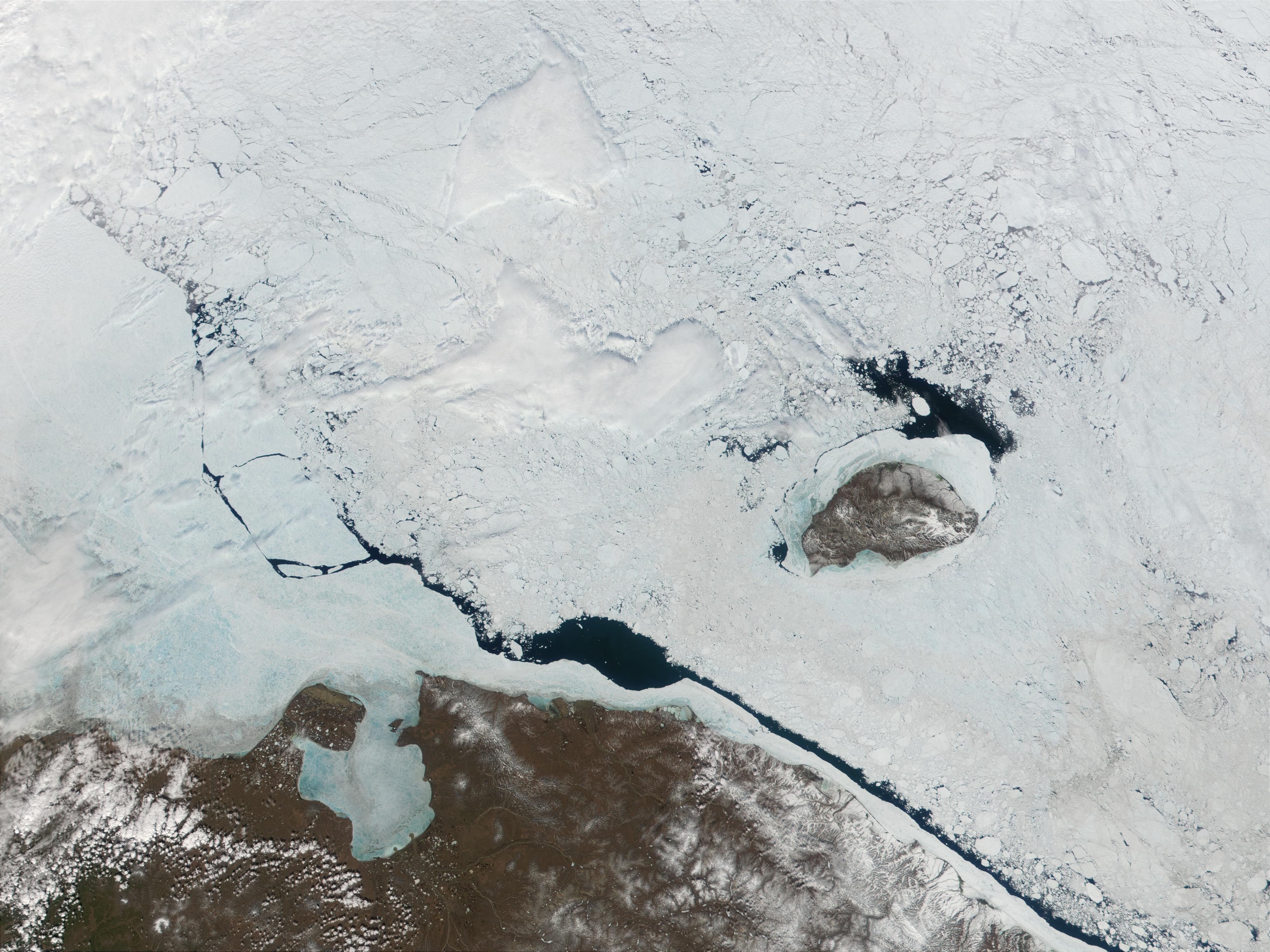 This true-color image captured by MODIS on June 5, 2001 shows Wrangel Island, which is located off the northern coast of Eastern Siberia and straddles the East Siberian Sea and the Chukchi Sea.