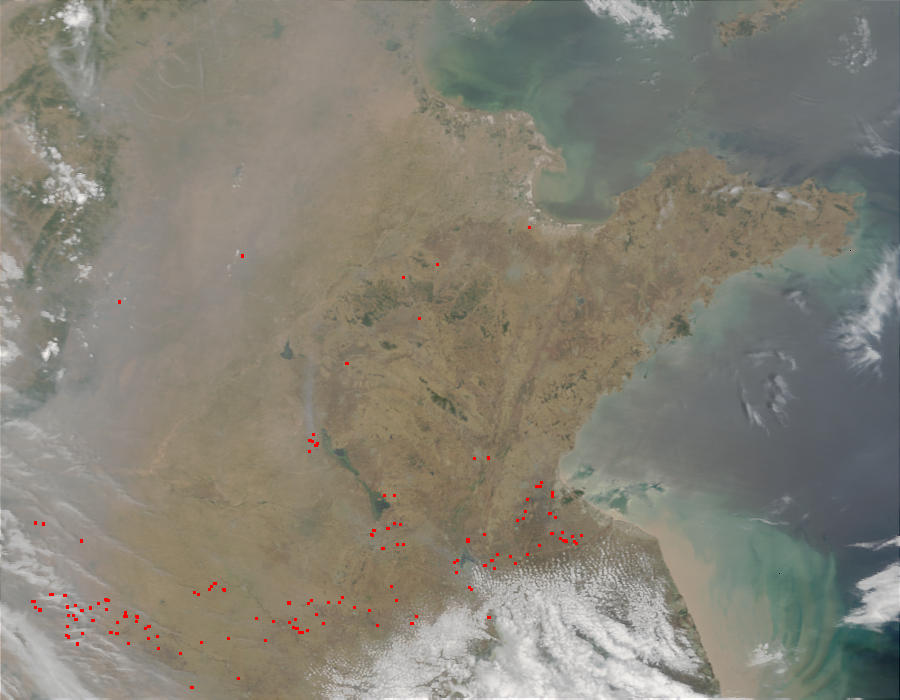 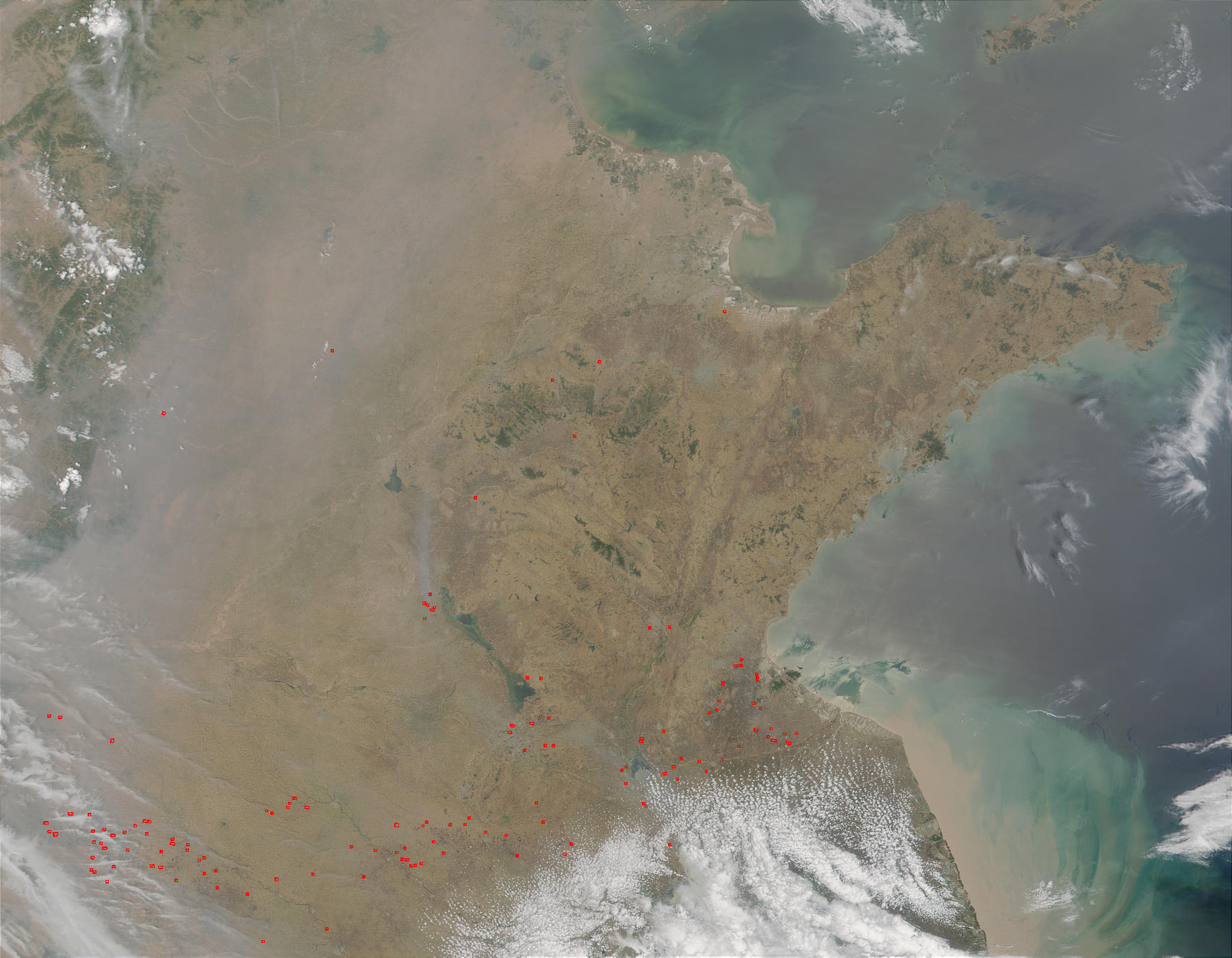 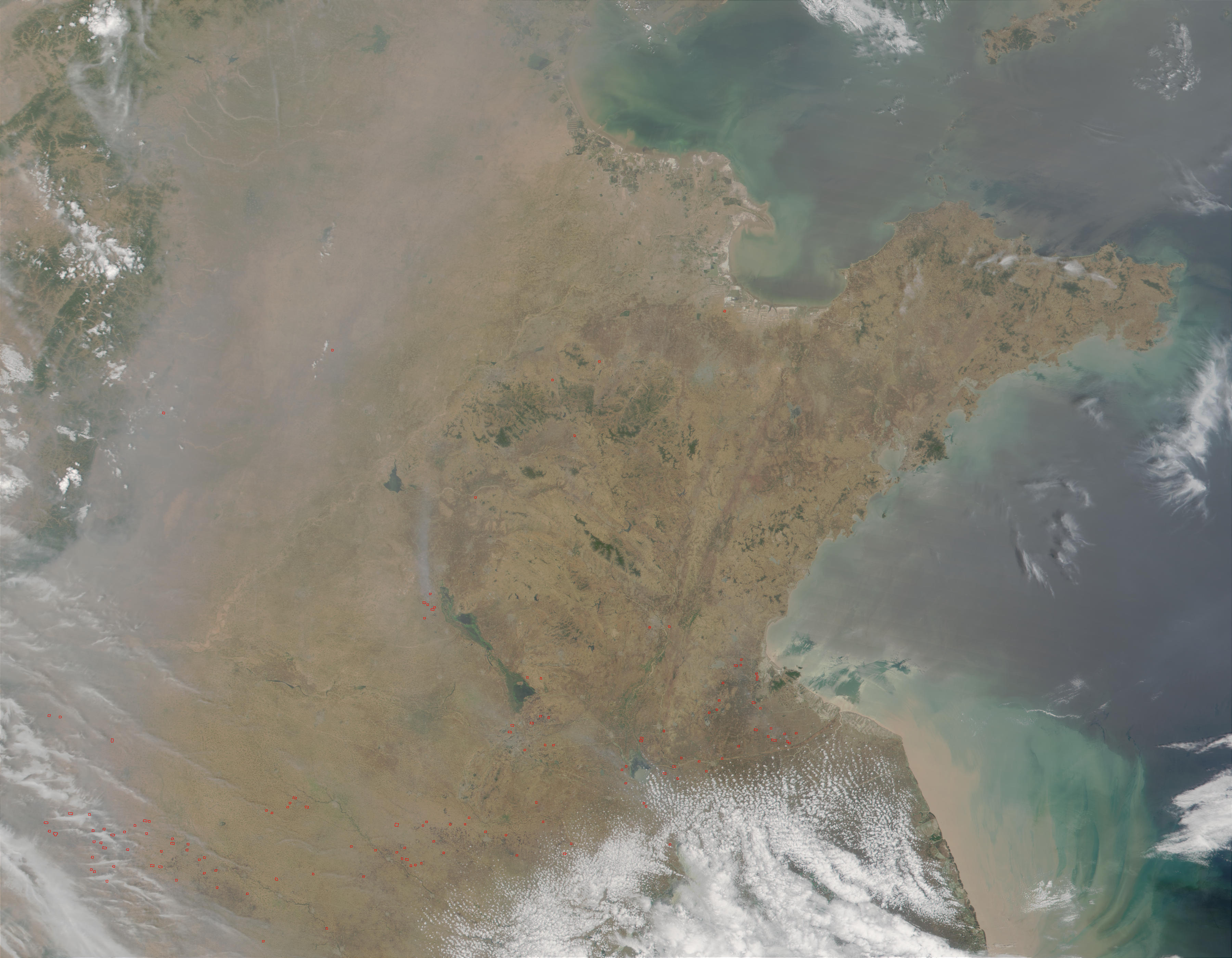 This MODIS true-color image, acquired on June 6, 2001, shows active fires as red dots superimposed on a surface reflectance image of eastern China. MODIS has thermal detectors uniquely designed to detect fires as hot as 500K without saturating. The majority of the fires shown here are burning in the provinces of Jiangsu and Anhui, which are located at the bottom of the image, right to left respectively.