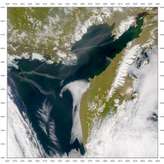 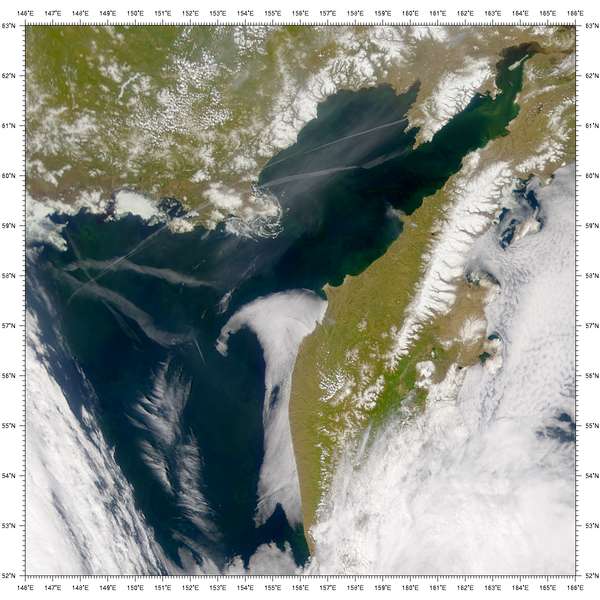 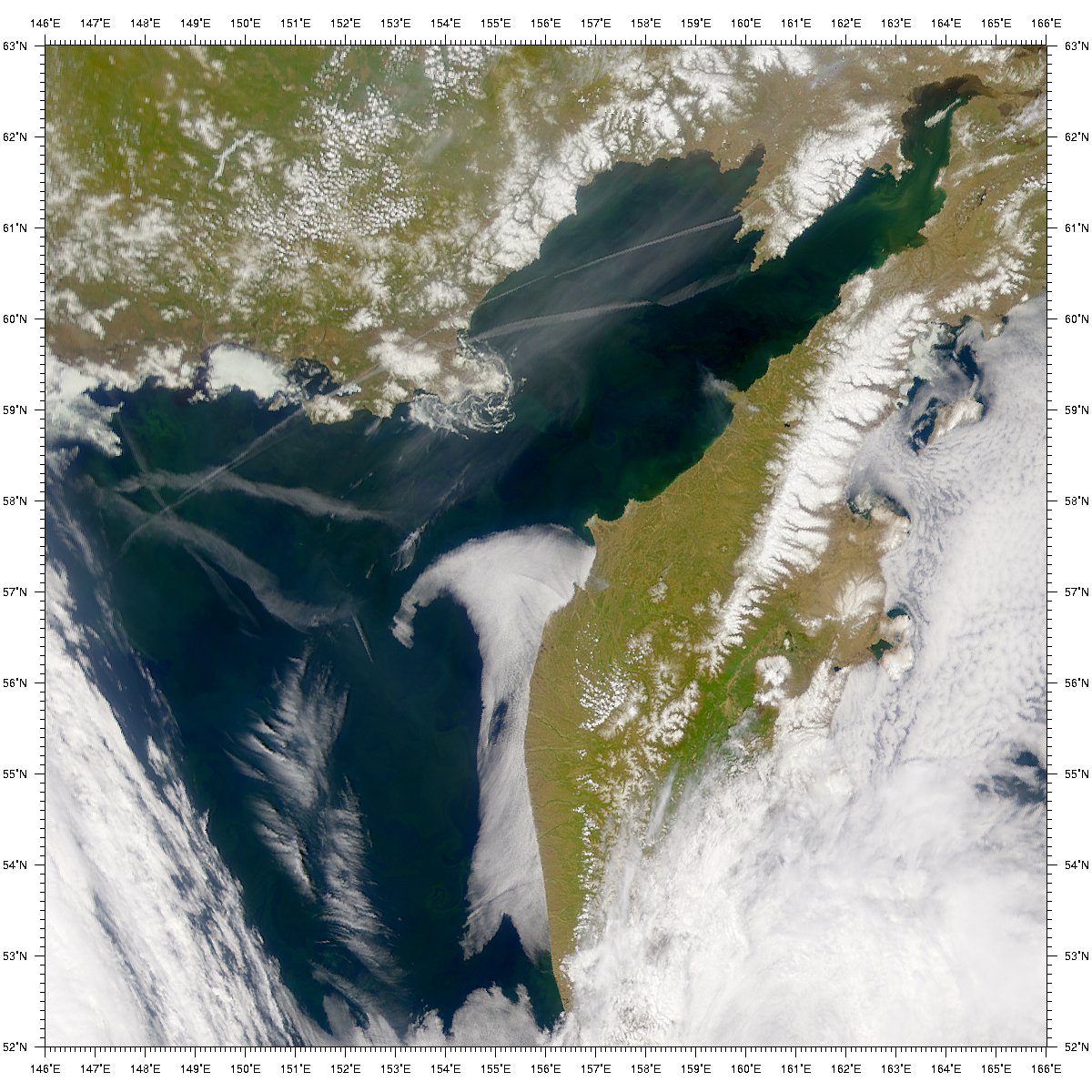 Contrails are visible in the this SeaWiFS image captured over the Sea of Okhotsk and the Shelikhov Gulf. There is also evidence of a white and yellow colored smoke or ash plume on the Kamchatka Peninsula.