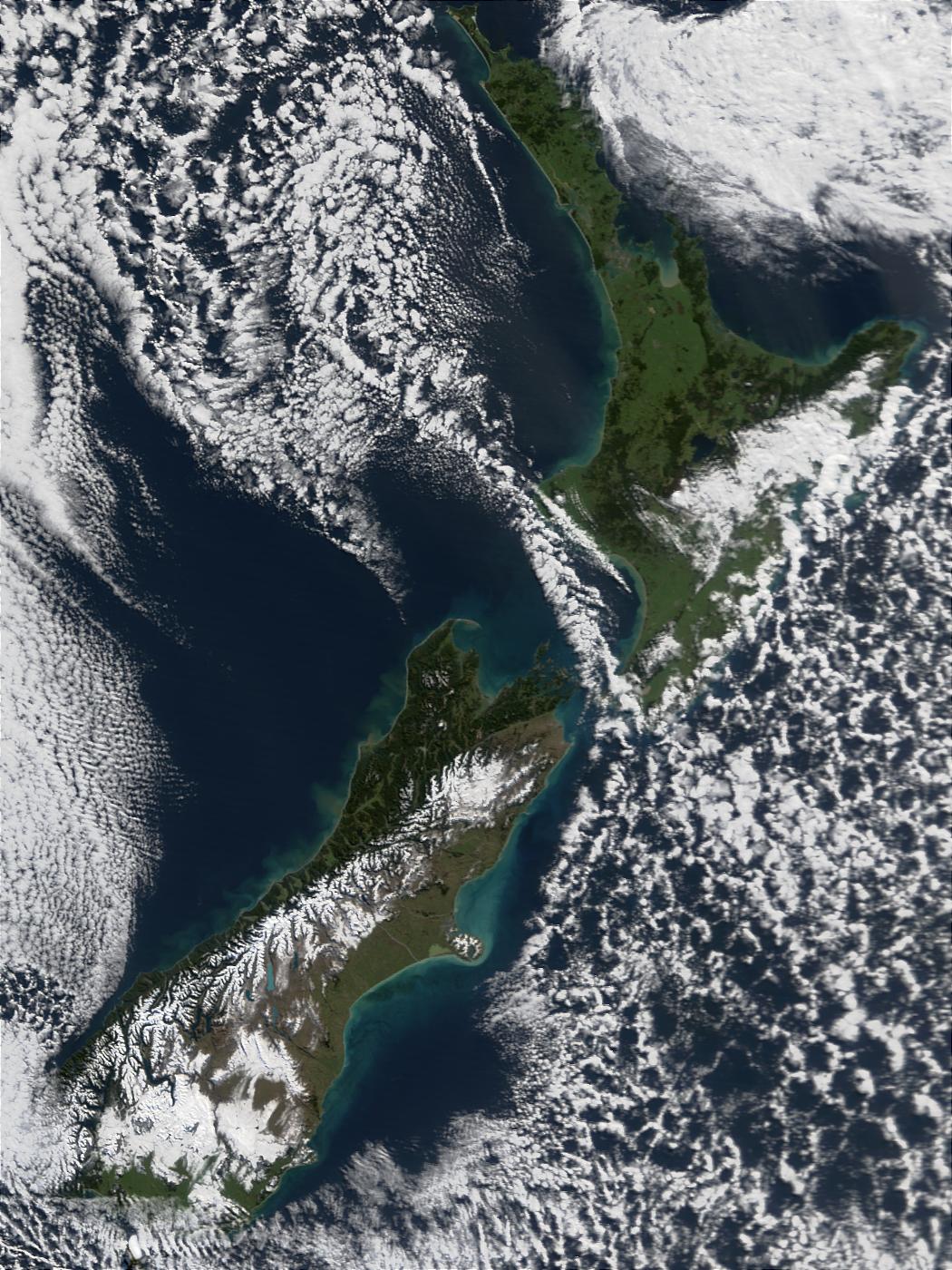 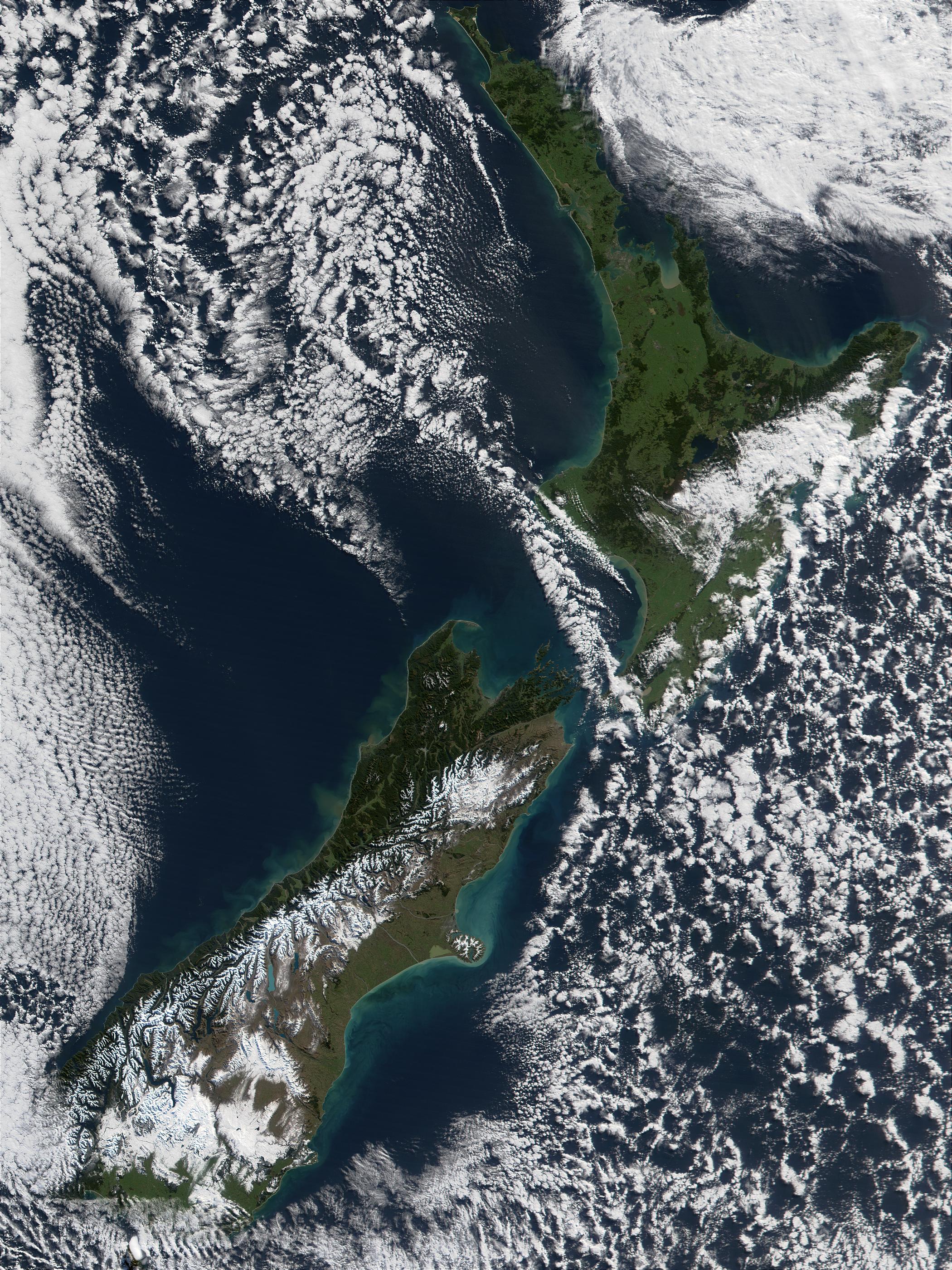 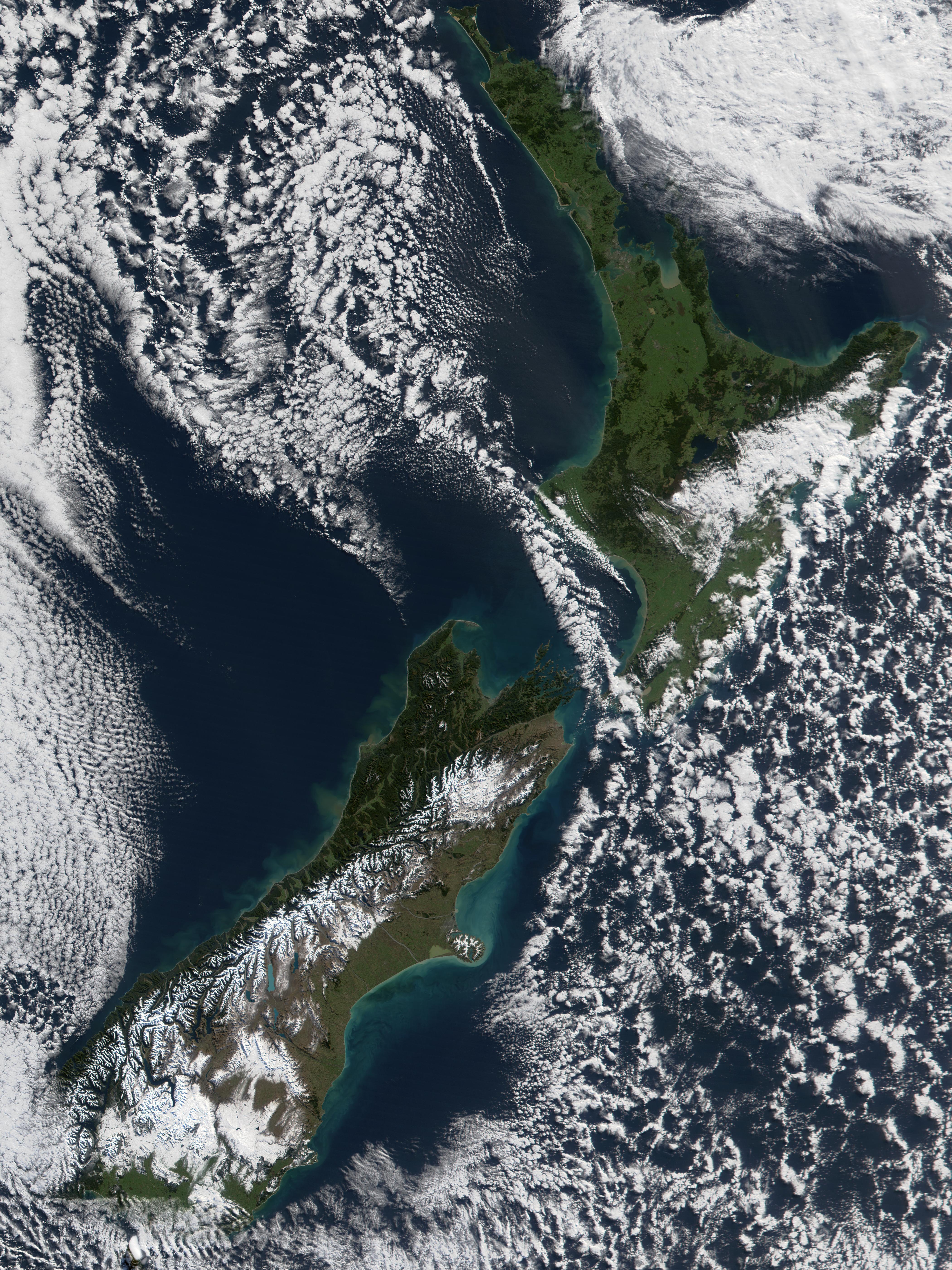 This MODIS true-color image provides a relatively cloud-free view of New Zealand. Running along the western coast of South Island are the Southern Alps. The North Island is home to several active volcanoes, and New Zealand's largest lake, Lake Taupo, (partially hidden by clouds) in the center of the North Island, is a crater lake formed from a volcano that last erupted in 186 A.D.