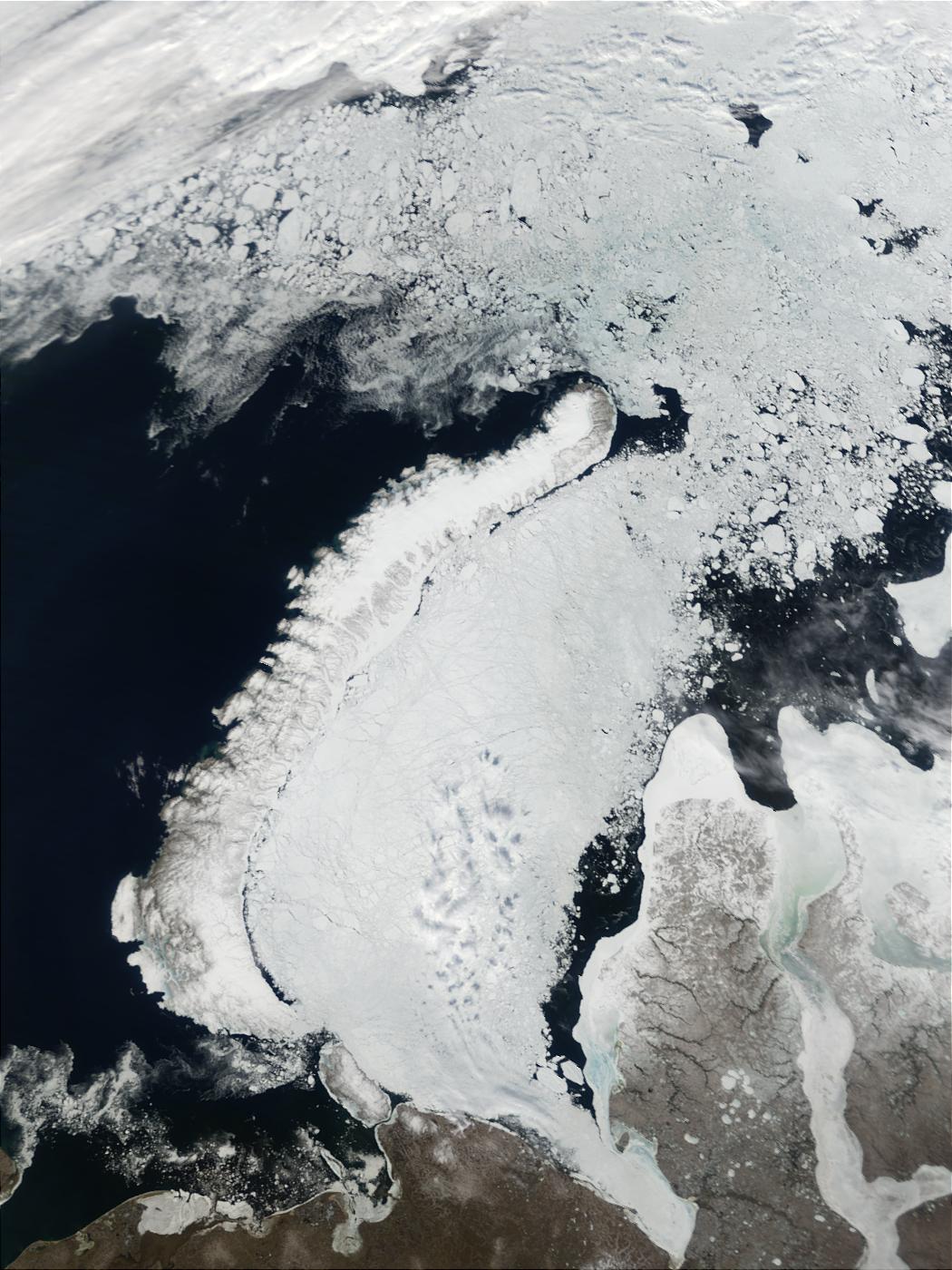 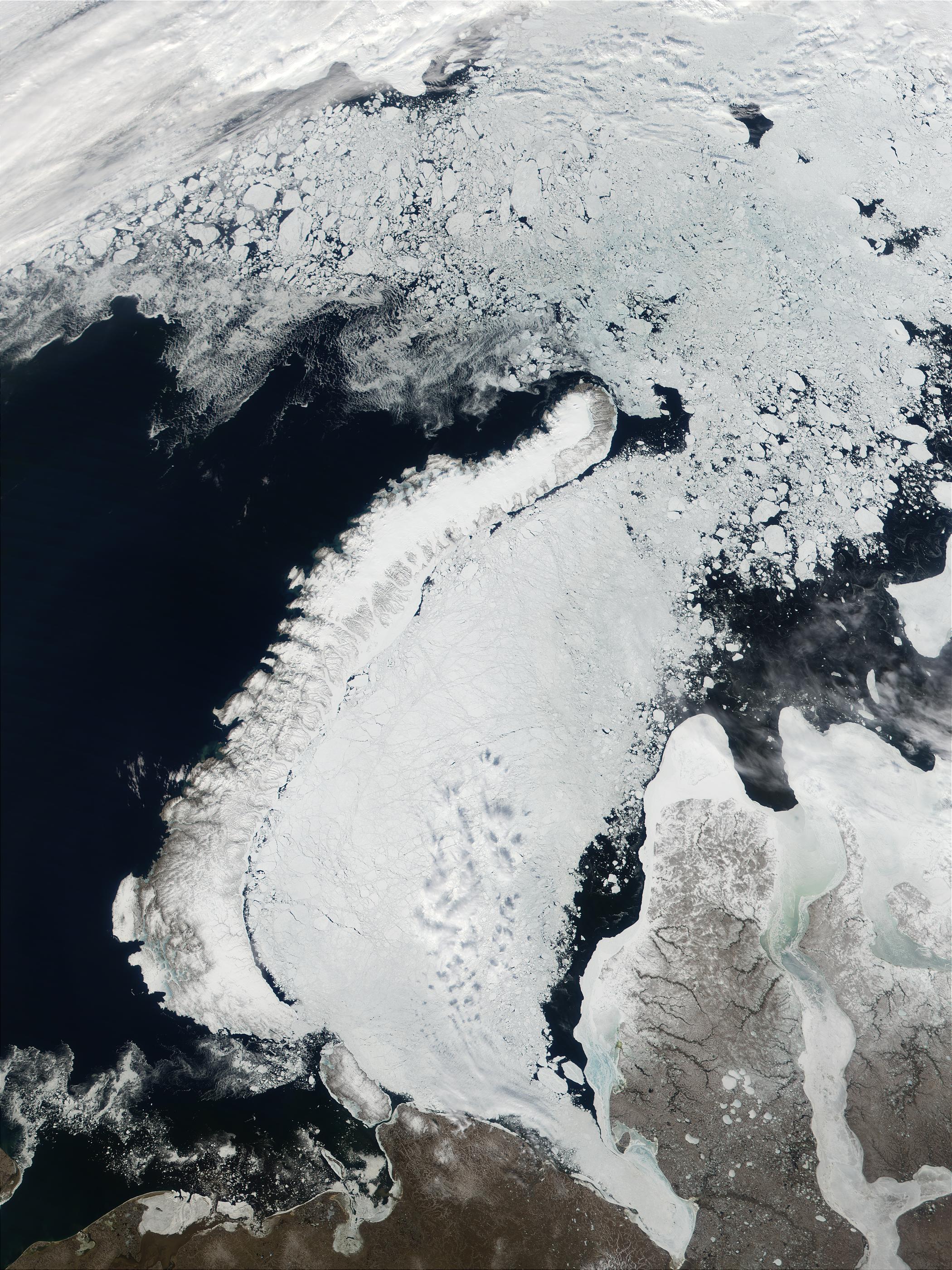 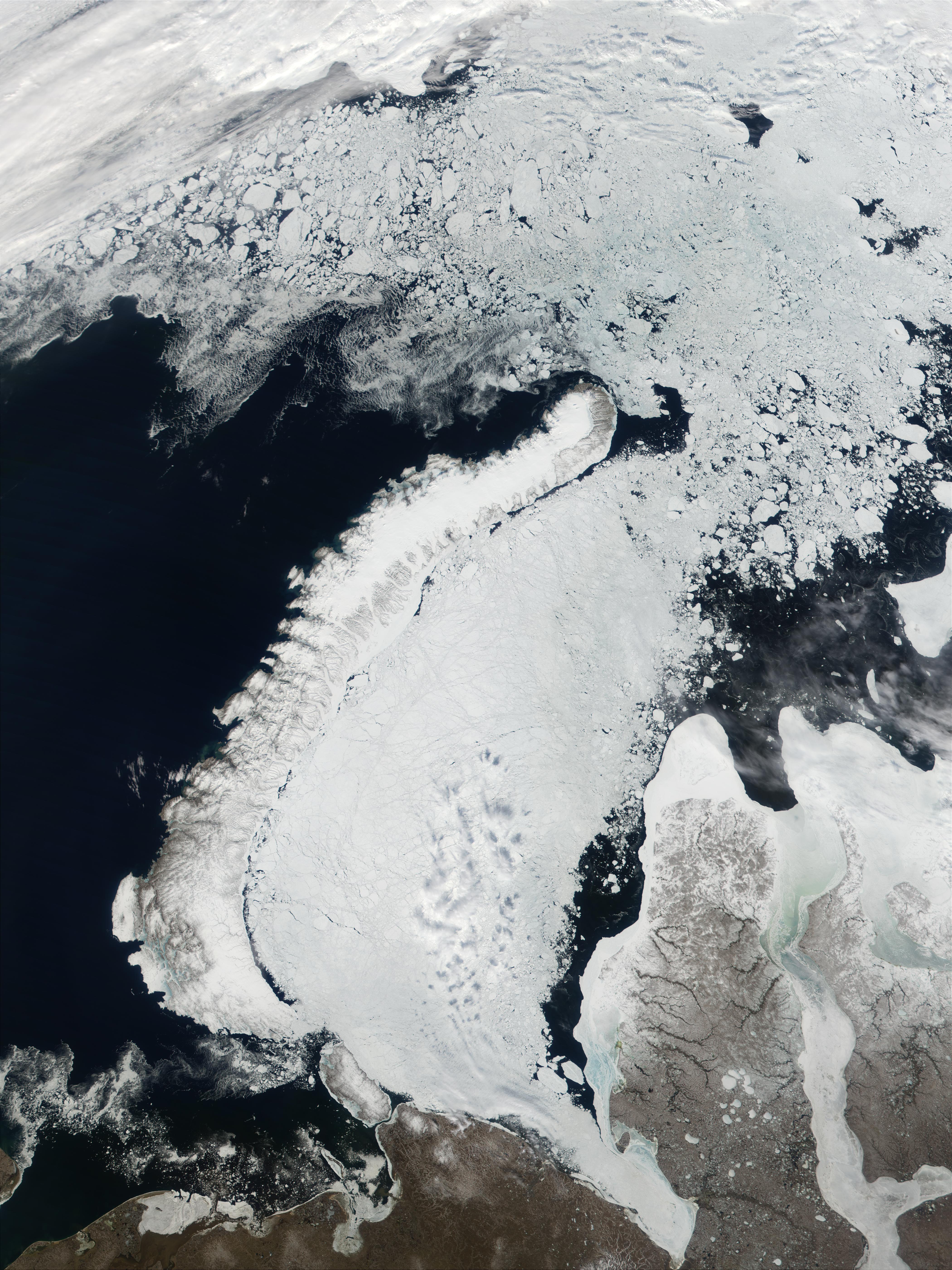 This MODIS true-color image shows the island of Novaya Zemlya, which is north of western Russia. To the left of the island are the clear waters of the Barents Sea, to the right, the still ice-filled waters of the Kara Sea. The northern half of the island remains glacier-covered throughout the year.