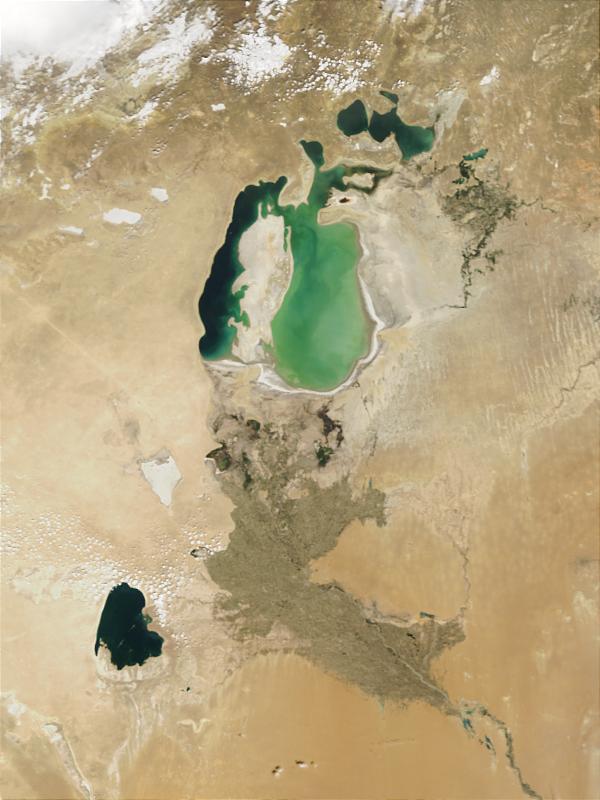 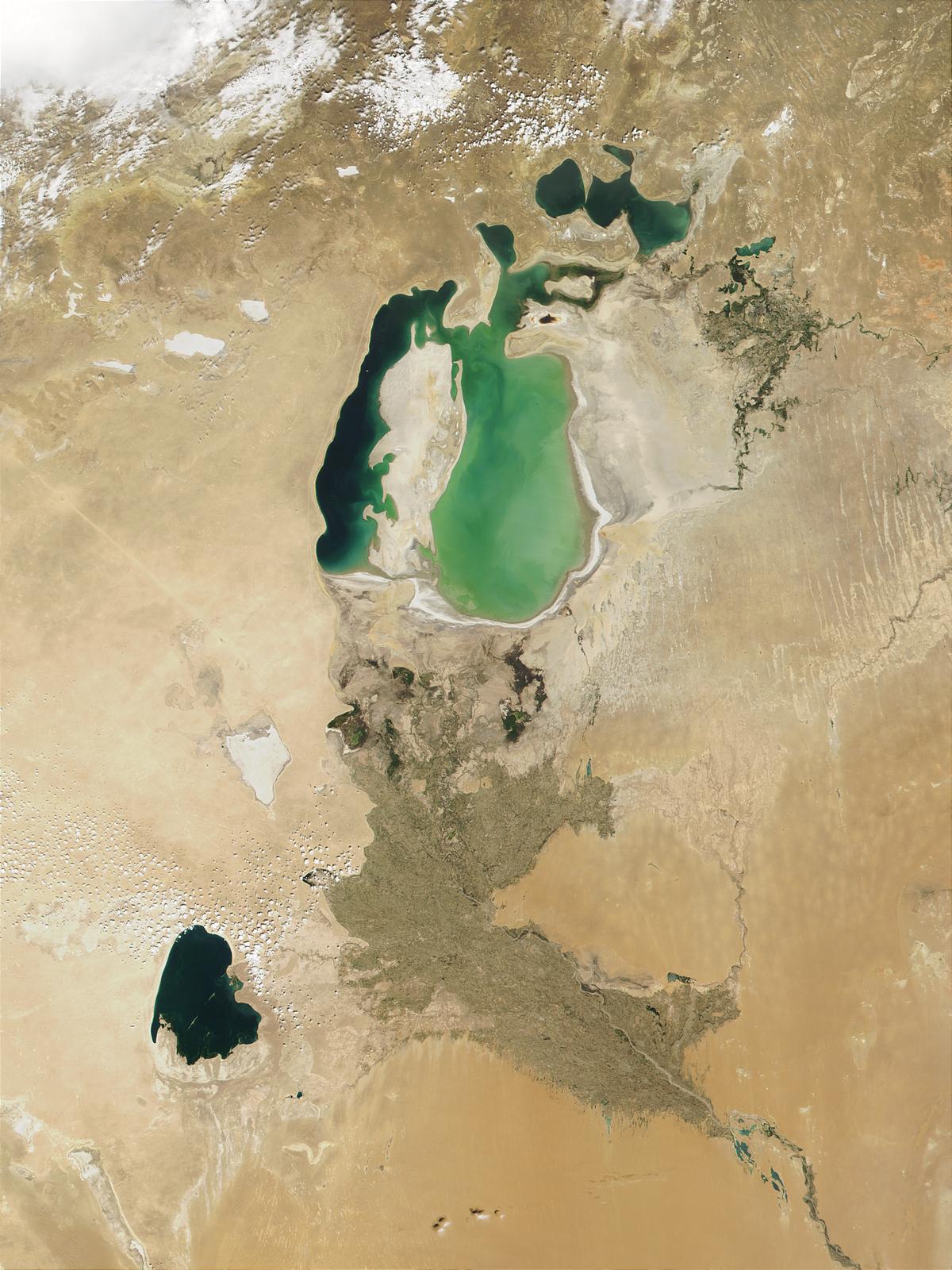 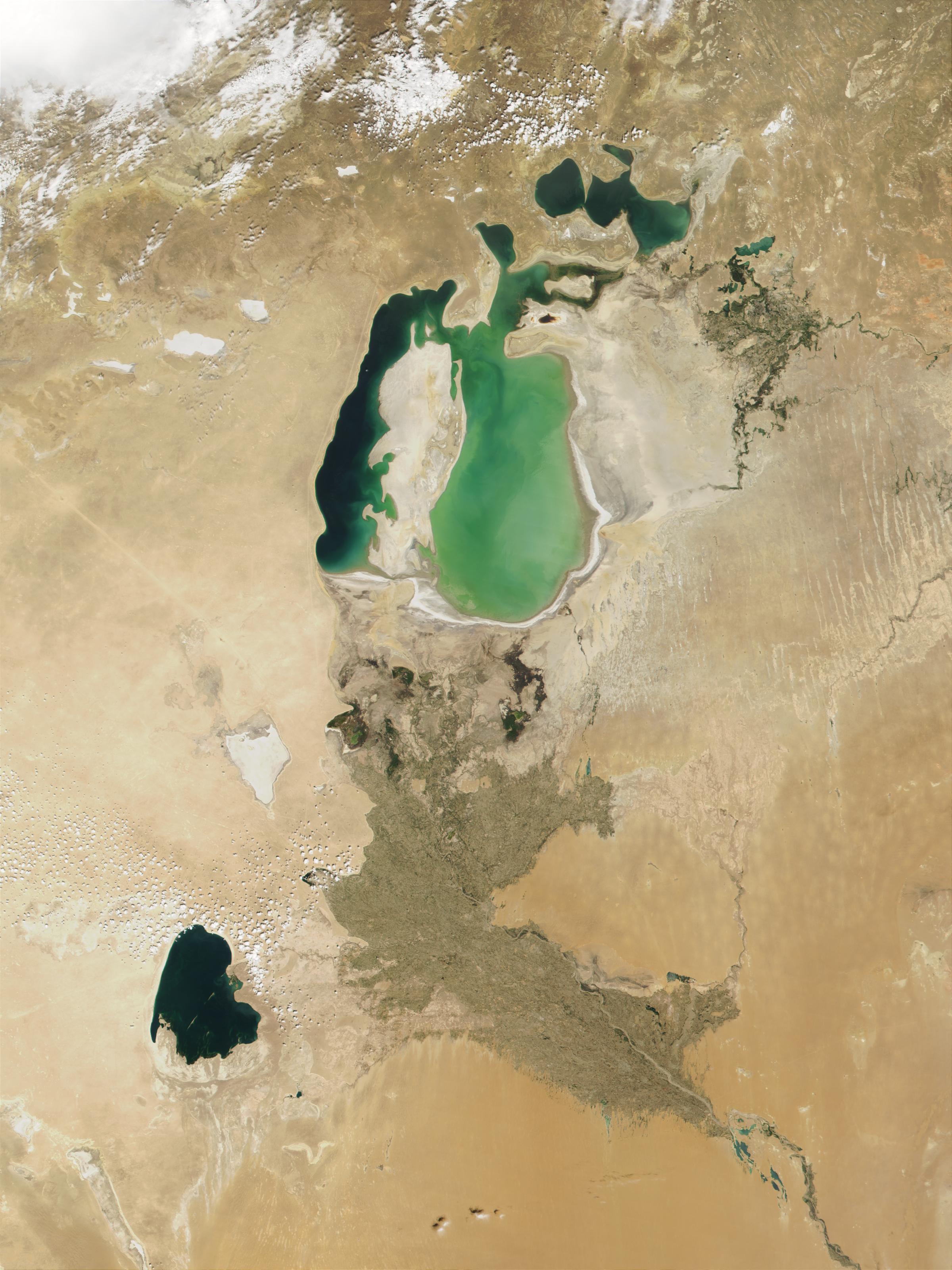 This true-color MODIS image shows the shrinking Aral Sea, which was once the fourth largest lake in the world, but has shrunk dramatically over the last two decades in response to increasing agricultural irrigation demands. The Aral Sea straddles the border between Kazakhstan in the north and Uzbekistan in the south. As the lake levels drop, the surrounding soil becomes increasingly salinized, lessening productivity.