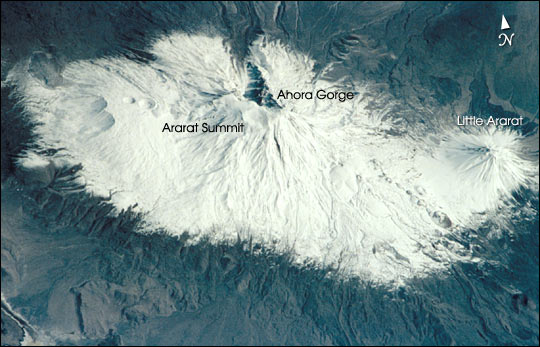 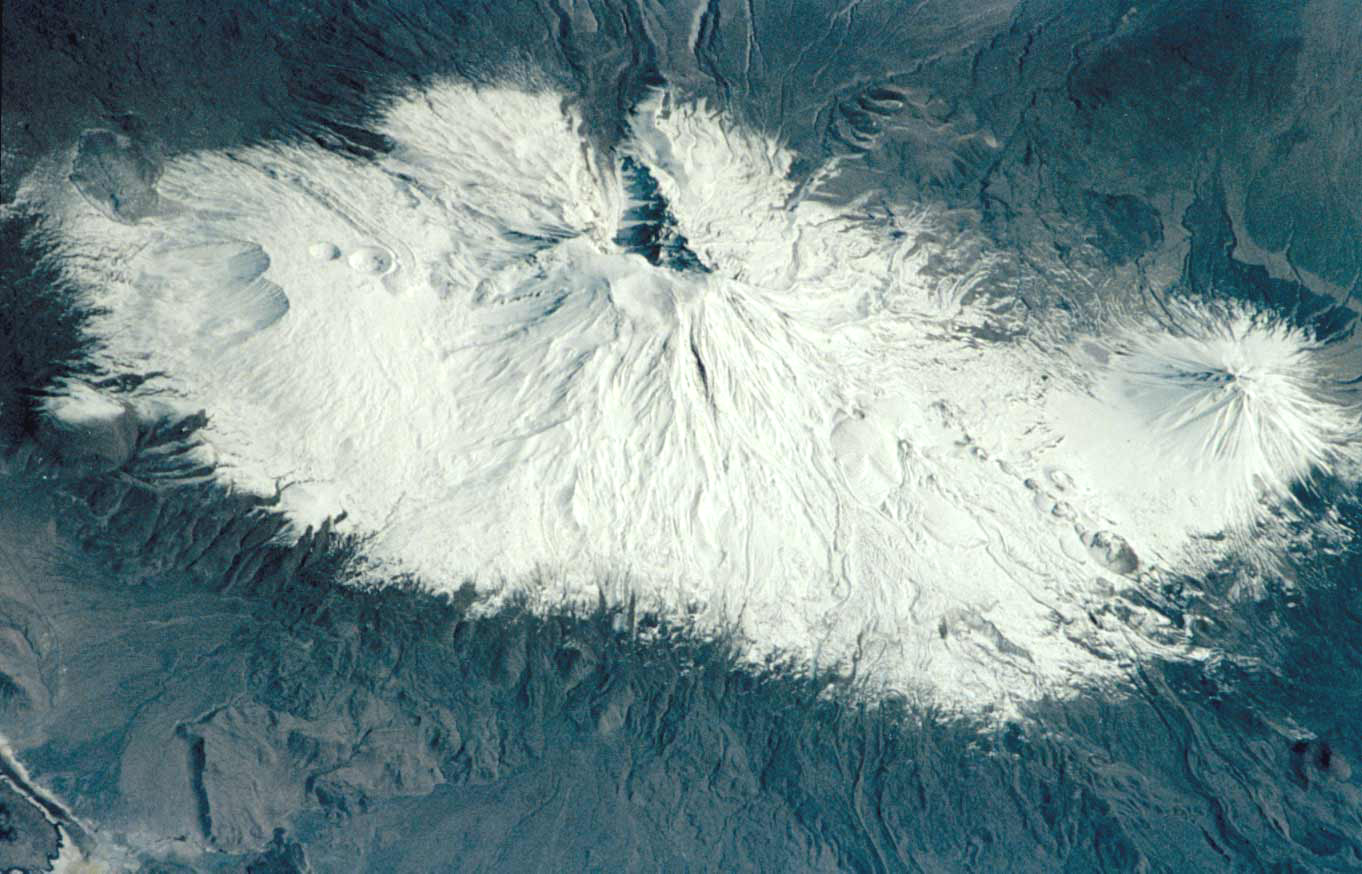 Mount Ararat (16,940 feet, 5165 m) is the largest volcano in Turkey. Although not currently active, its most recent eruption has probably been within the last 10,000 years. It is located in extreme northeastern Turkey, near the borders with Iran and Armenia. Southwest of the main peak lies Little Ararat (12,877 feet, 3896 m). Ahora Gorge is a northeast-trending chasm dropping 6000 feet from the top of the mountain and was the focus of a major earthquake in 1840. A number of claims by different explorers to have found remnants of Noah’s Ark on Mt. Ararat have led to continuing expeditions to the mountain, many of which have focused their searches on the gorge area.

Courtesy of the Earth Sciences and Image Analysis Laboratory, Johnson Space Center. <P>Additional images can be viewed at the NASA-JSC Gateway to Astronaut Photography of Earth.