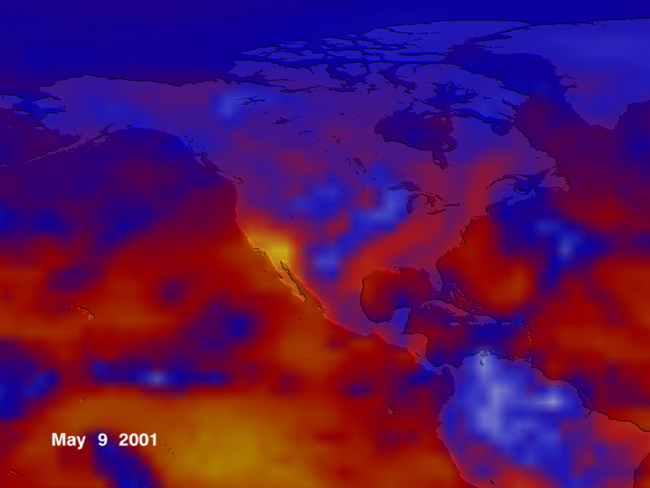 CERES measured the thermal energy or heat emitted from the United States, as shown in this image from May 2001. The record-setting high temperatures experienced in Southern California and Nevada on May 9 are visible in the yellow areas where great amounts of thermal energy are escaping to space. This example illustrates one of the most basic stabilizing forces in the Earth's climate system: clear hot regions lose more energy to space than cold areas. The blue regions of low thermal emission over the northern U.S. are cold cloud tops. CERES data will be used to verify the ability of climate models to accurately predict this emission as our world experiences changes in surface reflectivity, clouds, atmospheric temperatures, and key greenhouse gases such as water vapor.