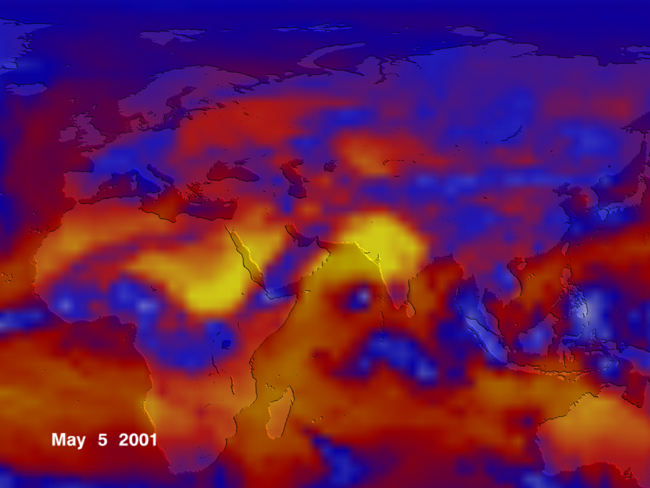 CERES measured the thermal energy emitted from the regions of the Indian subcontinent and northern Africa, as shown in this image from May 2001. The heat wave in Pakistan that killed at least 33 people the weekend of May 5-6 is seen in yellow as a region emitting high values of thermal energy.