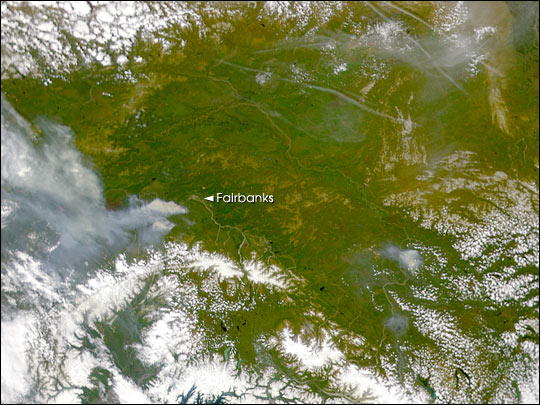 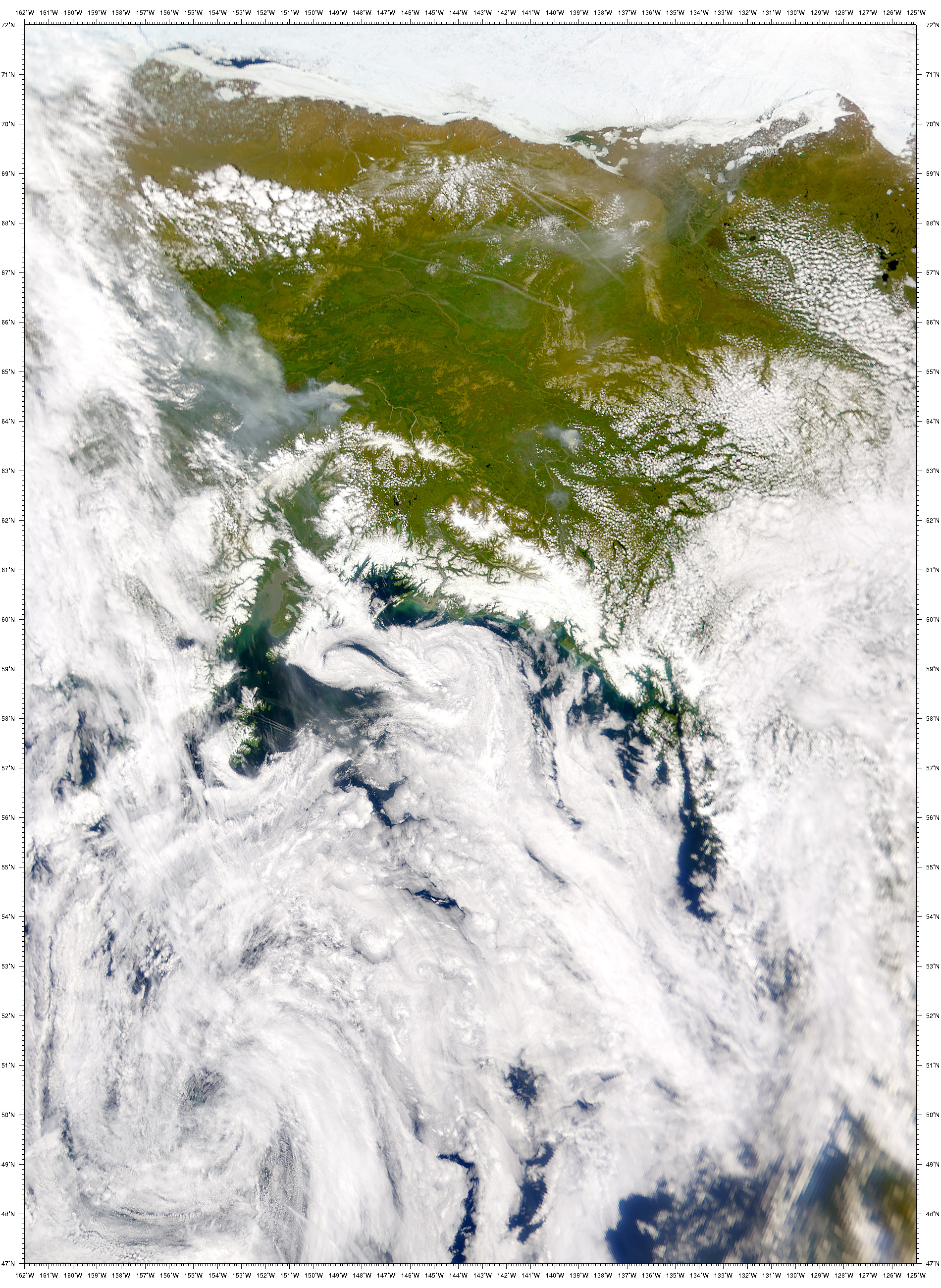 Two large wildfires were burning south of Fairbanks, Alaska, on June 24, when this true-color image of the region was acquired by the Sea-viewing Wide Field-of-view Sensor (SeaWiFS). A combination of high temperatures and light winds were fanning the flames southwestward, away from Fairbanks. Together, both fires consumed more than 80,000 acres.

The largest of the fires burned about 50,000 acres on Fort Wainwright military land, sending a thick plume of smoke over the nearby town of Nenana. South of Nenana, more than 250 firefighters and 5 helicopters were dispatched to fight the other large fire, which had consumed about 30,000 acres. In addition to these blazes, there were thirteen other, smaller wildfires burning across the state on June 24.

The smoke plumes of several of these fires are visible in this scene, including the large fire burning near Fairbanks. The snow-capped peaks of part of the Alaska Mountain Range is visible along the southern (bottom) portion of this image. To the north we see a number of long, thin airplane contrails casting shadows on the surface.