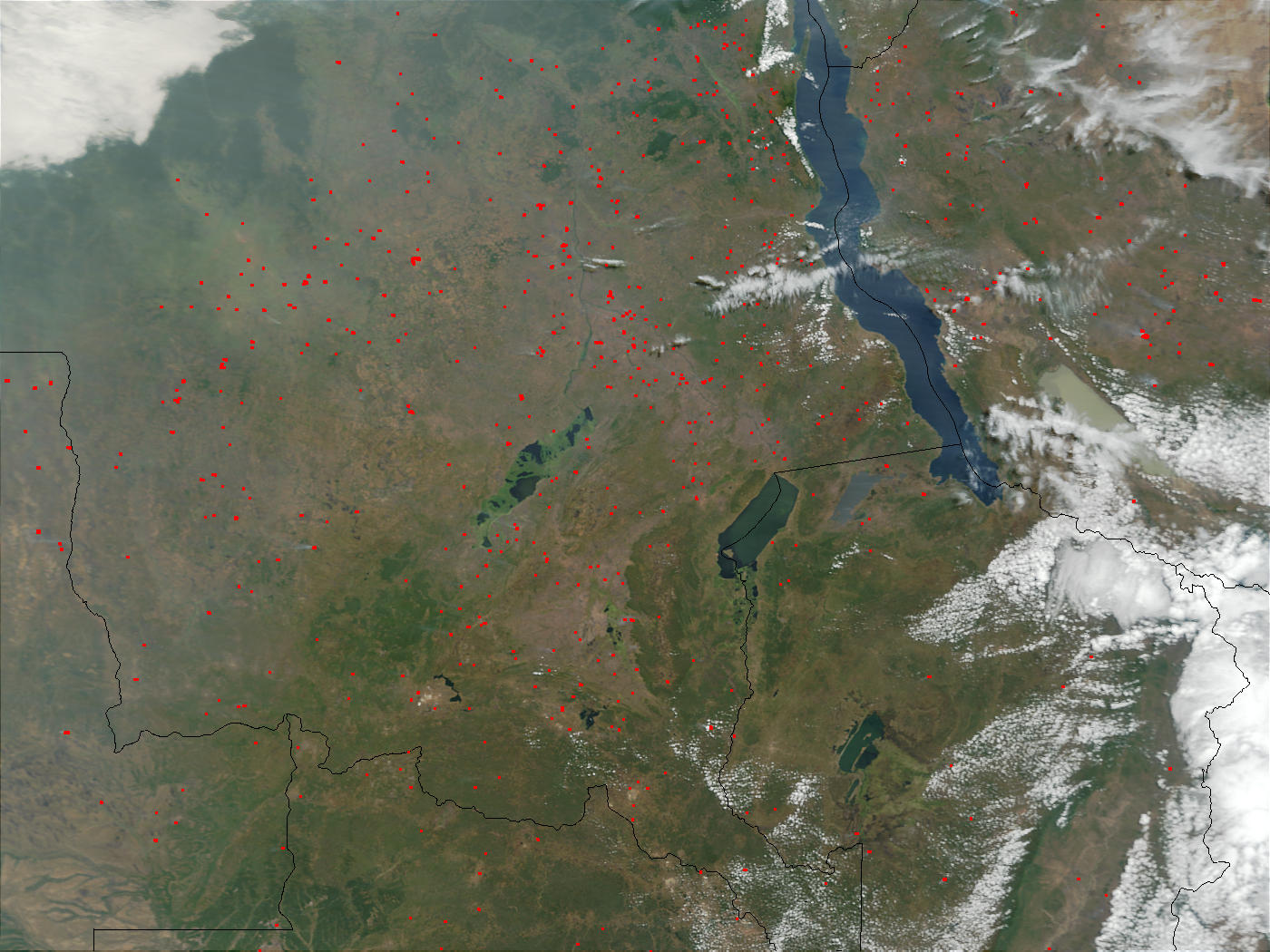 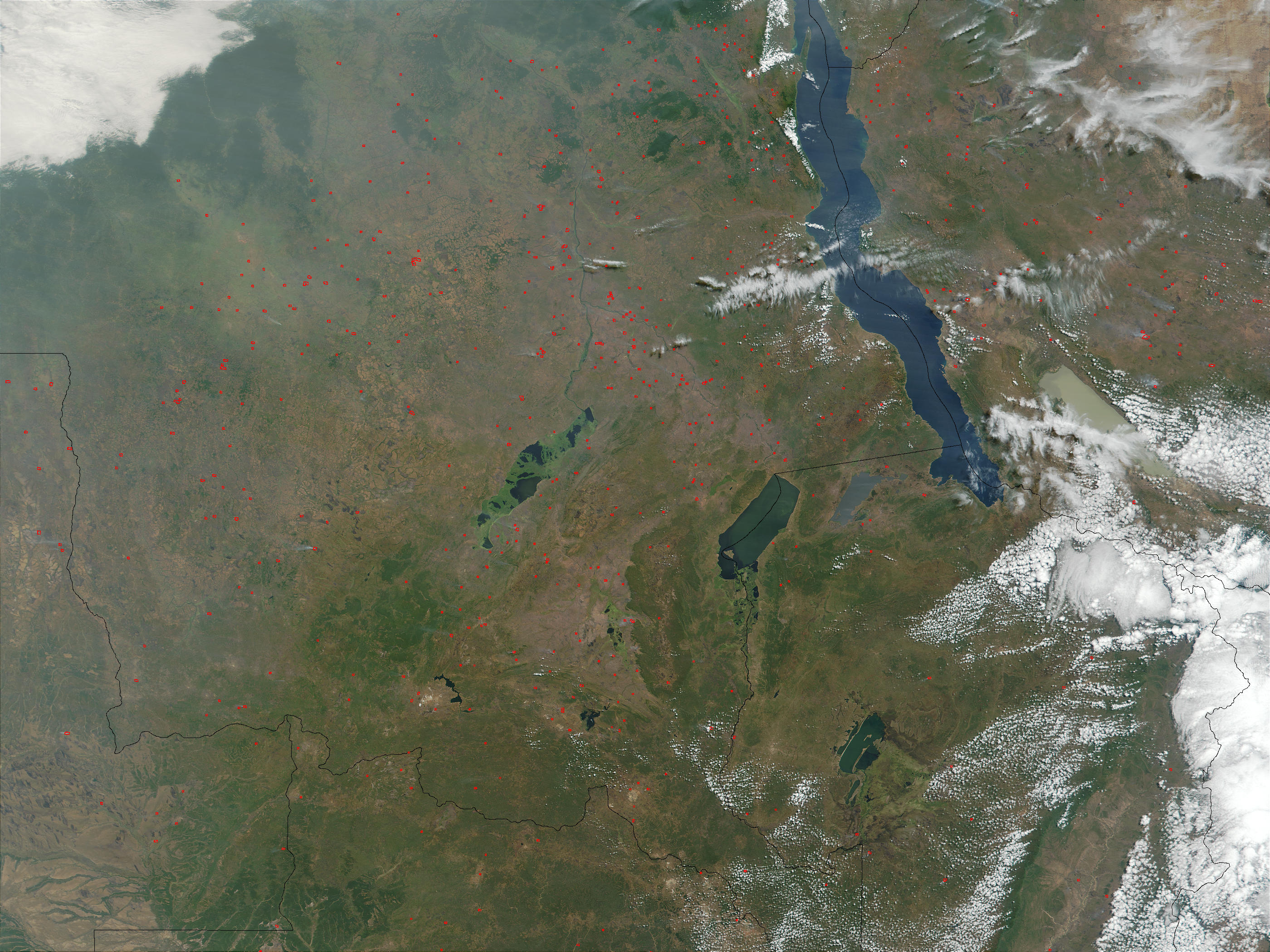 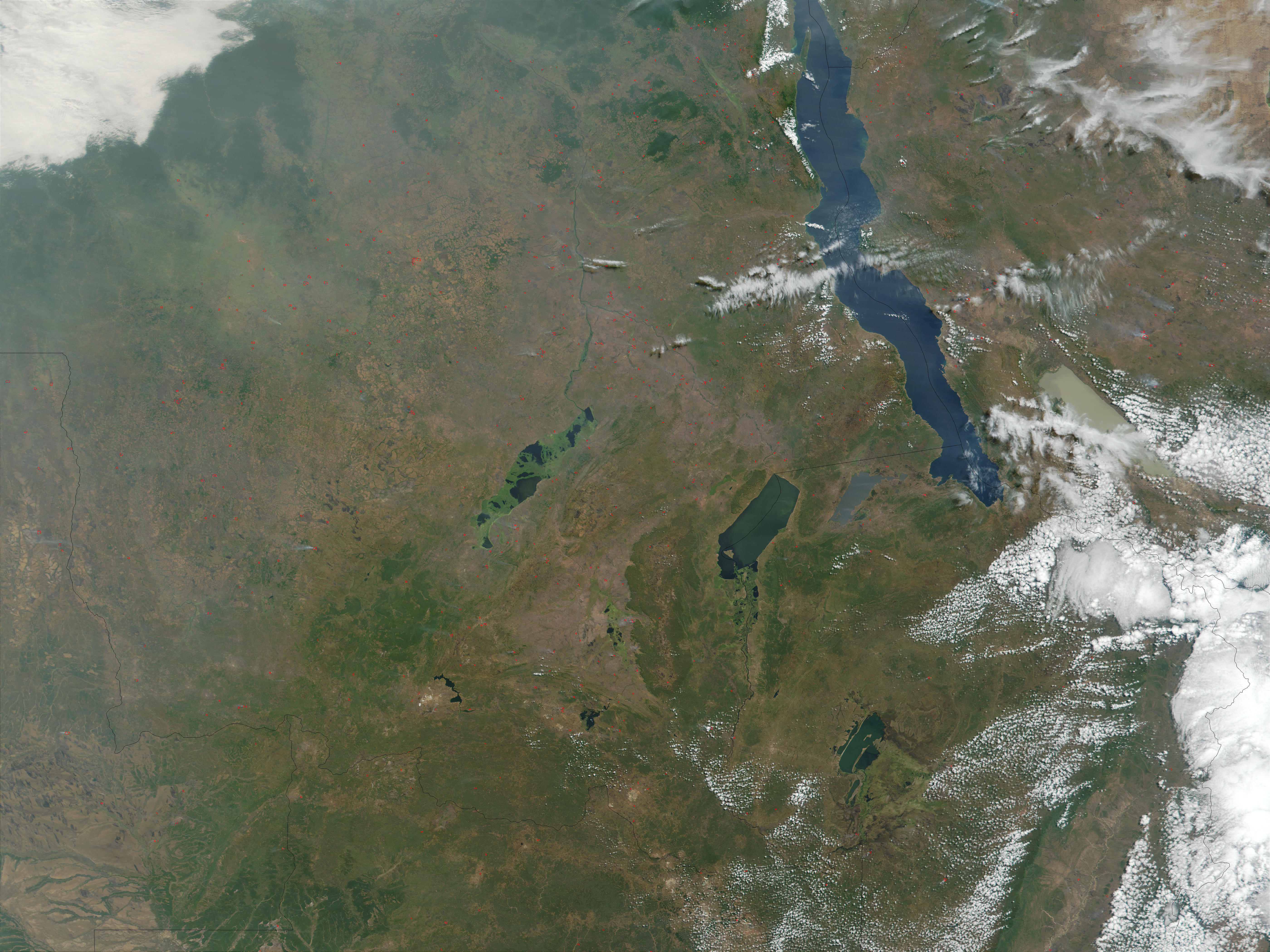 Fires in Democratic Republic of the Congo, Tanzania, Zambia, and Angola