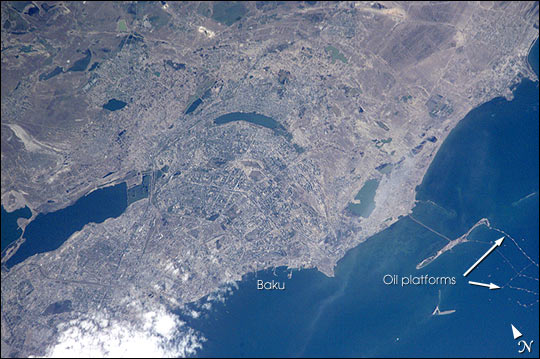 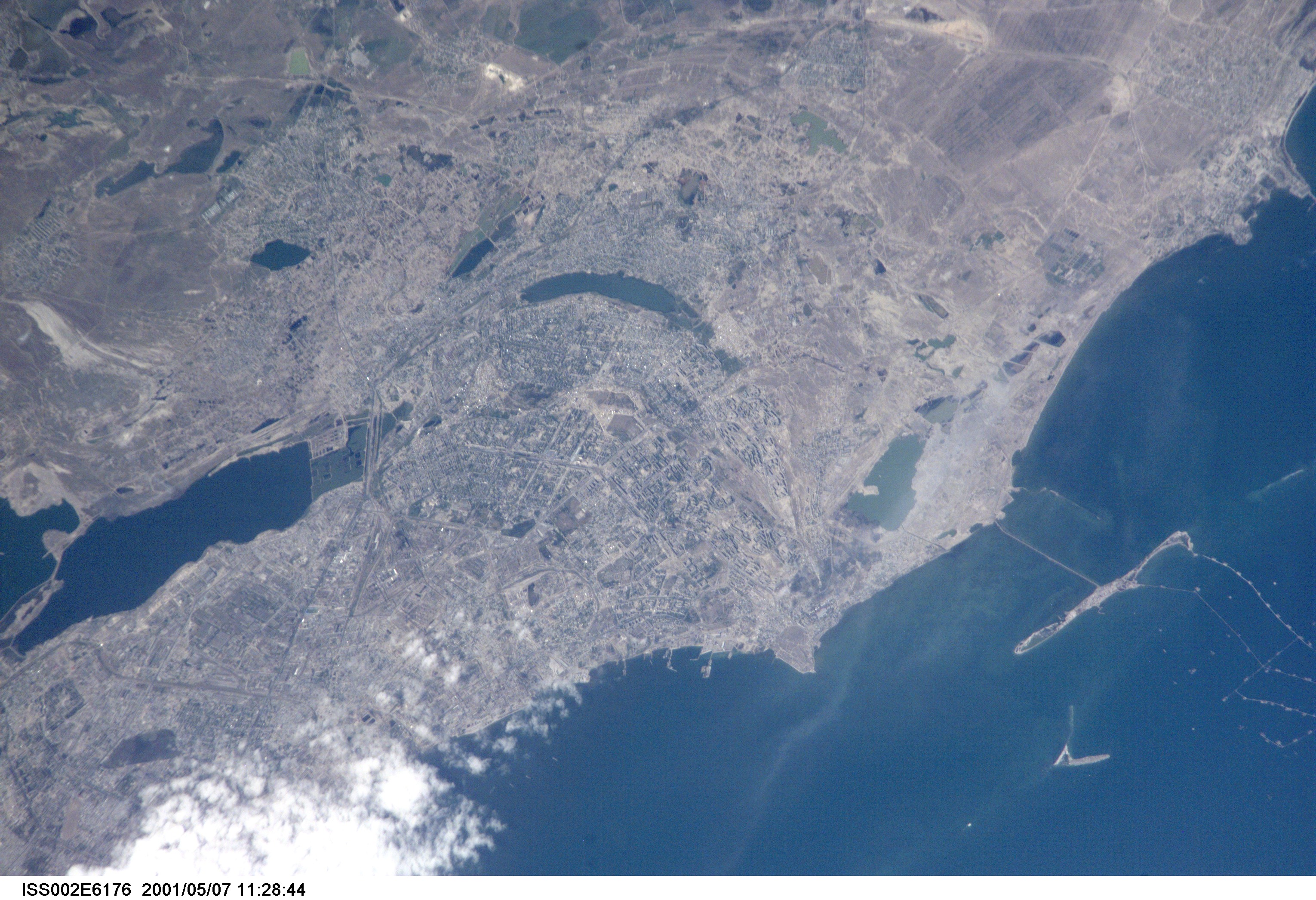 Baku is Azerbaijan’s major city, and the oil capital of the Caspian region. This detailed view taken by the Expedition 2 crew on the International Space Station shows details of the city, including the extensive port facilities, and part of the large web of offshore oil platforms in the Caspian Sea. The oil platforms off Baku were built in the 1950s and 1960s, and were the first offshore oil-drilling efforts in the world. A larger offshore complex (not pictured here) called the Oily Rocks included multistory dormitories, stores, and other infrastructures to support the thousands of workers employed by the oil industry. Today, multinational oil exploration, sea-level rise (the Caspian sea has risen more than 2 meters in the past 20 years), offshore platform maintenance, and environmental degradation are all hot topics in Baku.

Taken from Space Station Alpha Image ISS002-ESC-6176 on May 7, 2001. Provided by the Earth Sciences and Image Analysis Laboratory at Johnson Space Center. More images by astronauts can be viewed at the NASA-JSC Gateway to Astronaut Photography of Earth.