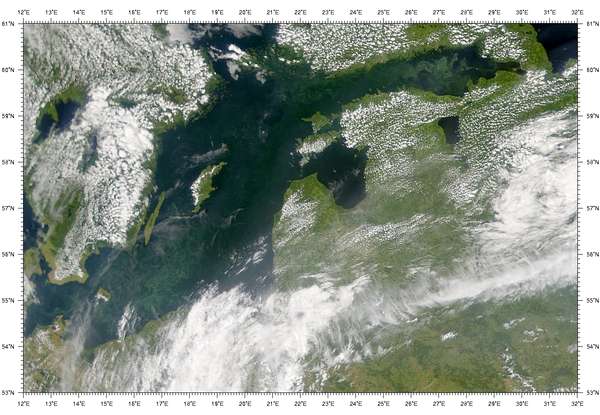 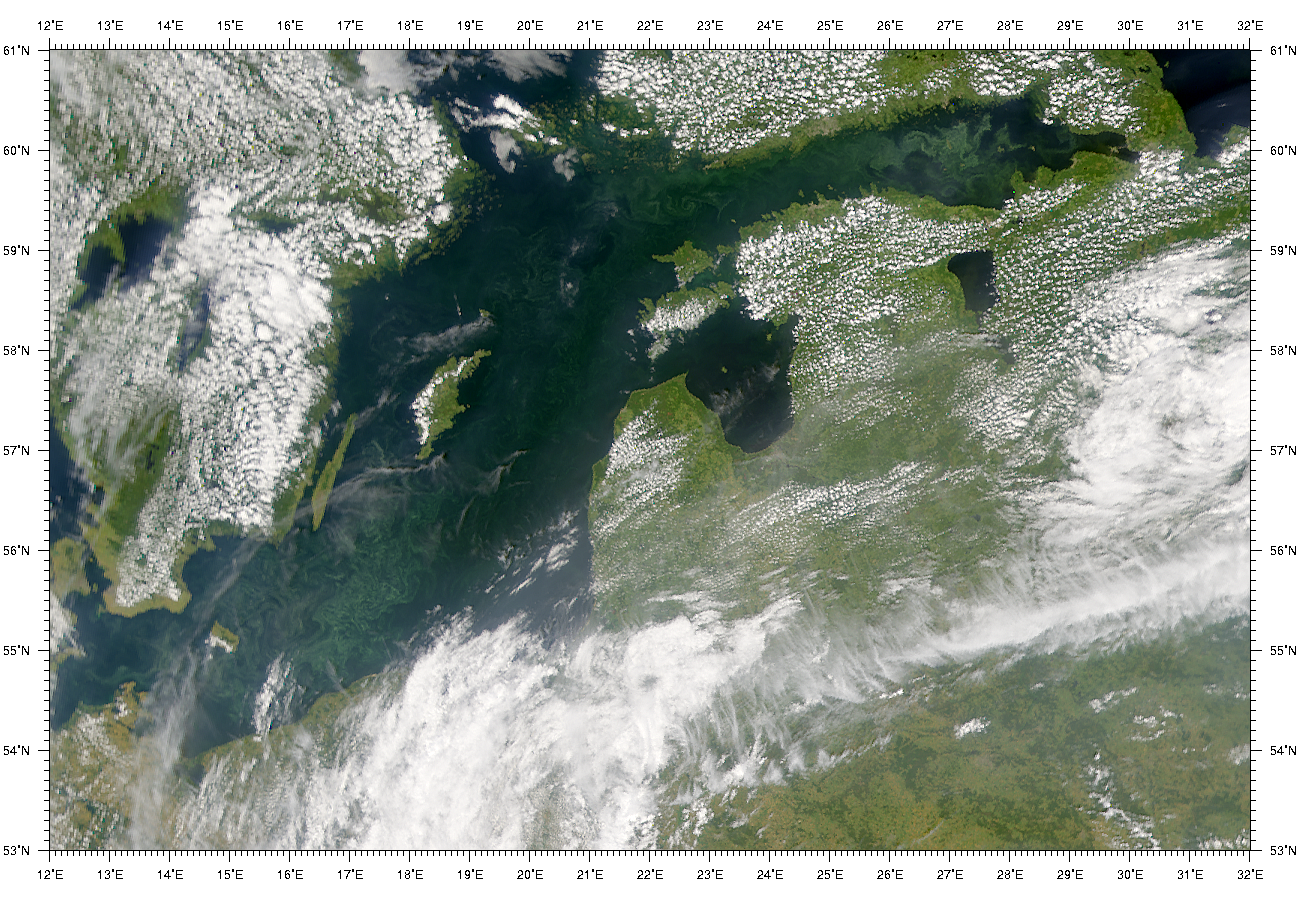 In this image captured on July 24, 2001, the phytoplankton bloom in the Baltic Sea continues to intensify. The bloom looks similar to one viewed in August 1999, which was identified as cyanobacteria.