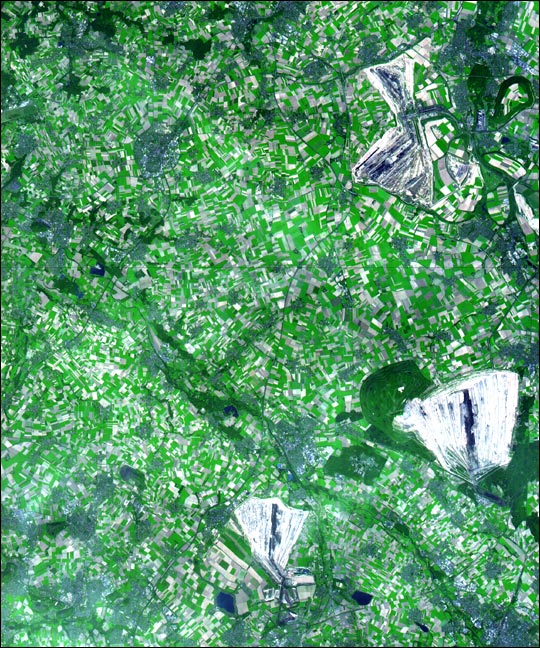 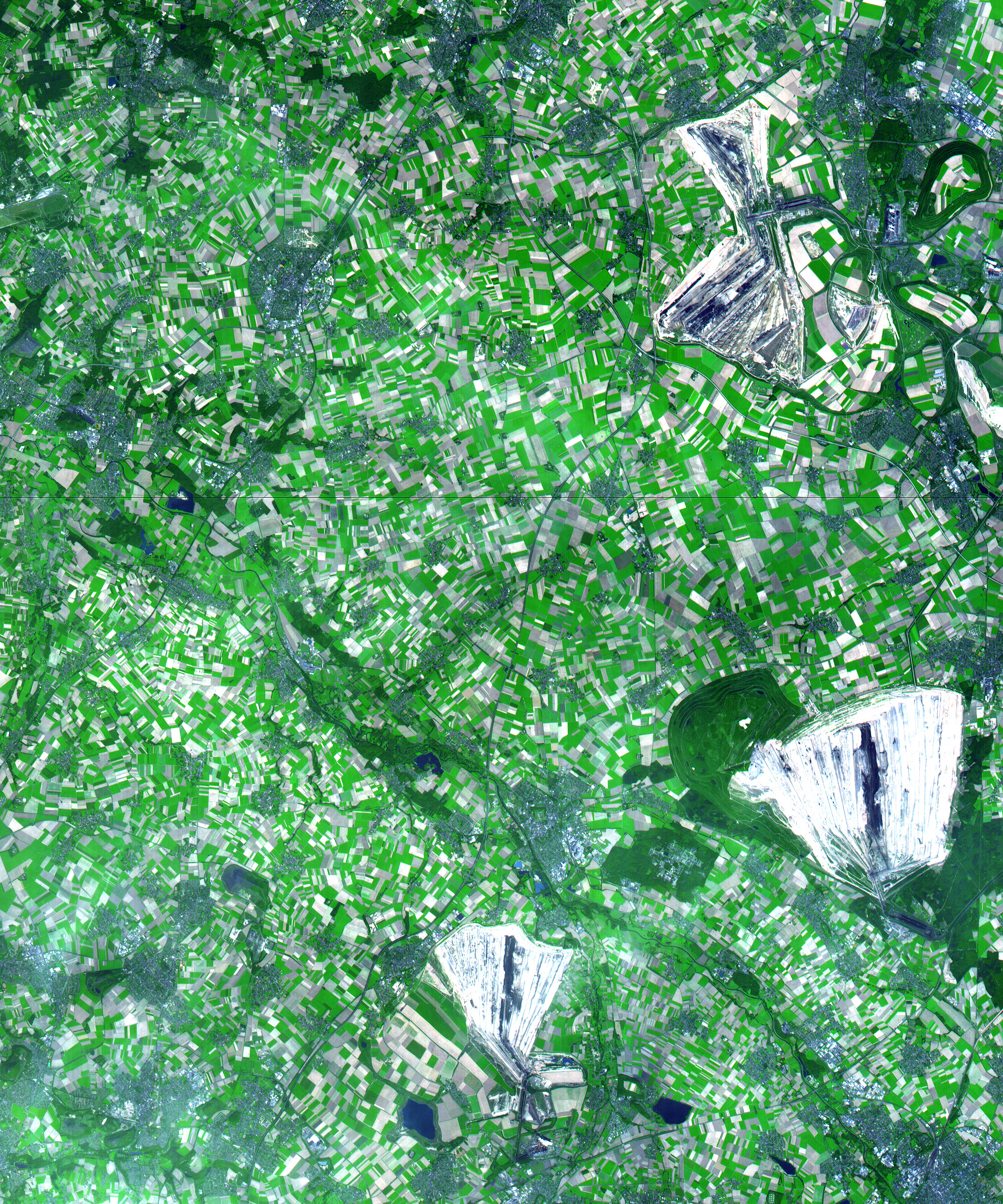 On the right side of the image are three enormous opencast coal mines (bright white and dark blue patterns). The Hambach opencast coal mine has recently been brought to full output capacity through the addition of the No. 293 giant bucket wheel excavator--the largest machine in the world. This excavator is twice as long as a soccer field and as tall as a building with 30 floors. To uncover the 2.4 billion tons of brown coal (lignite) found at Hambach, five years were required to remove a 200-meter-thick layer of waste sand and to redeposit it off site. The mine currently yields 30 million tons of lignite annually, with annual capacity scheduled to increase to 40 million tons in coming years.