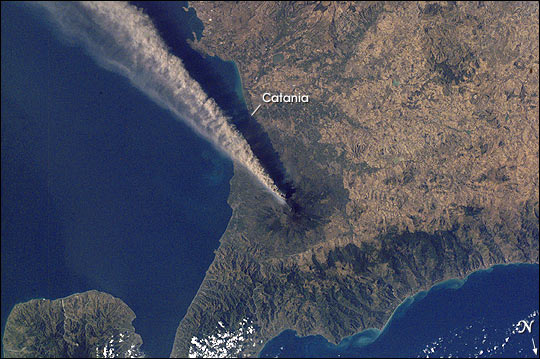 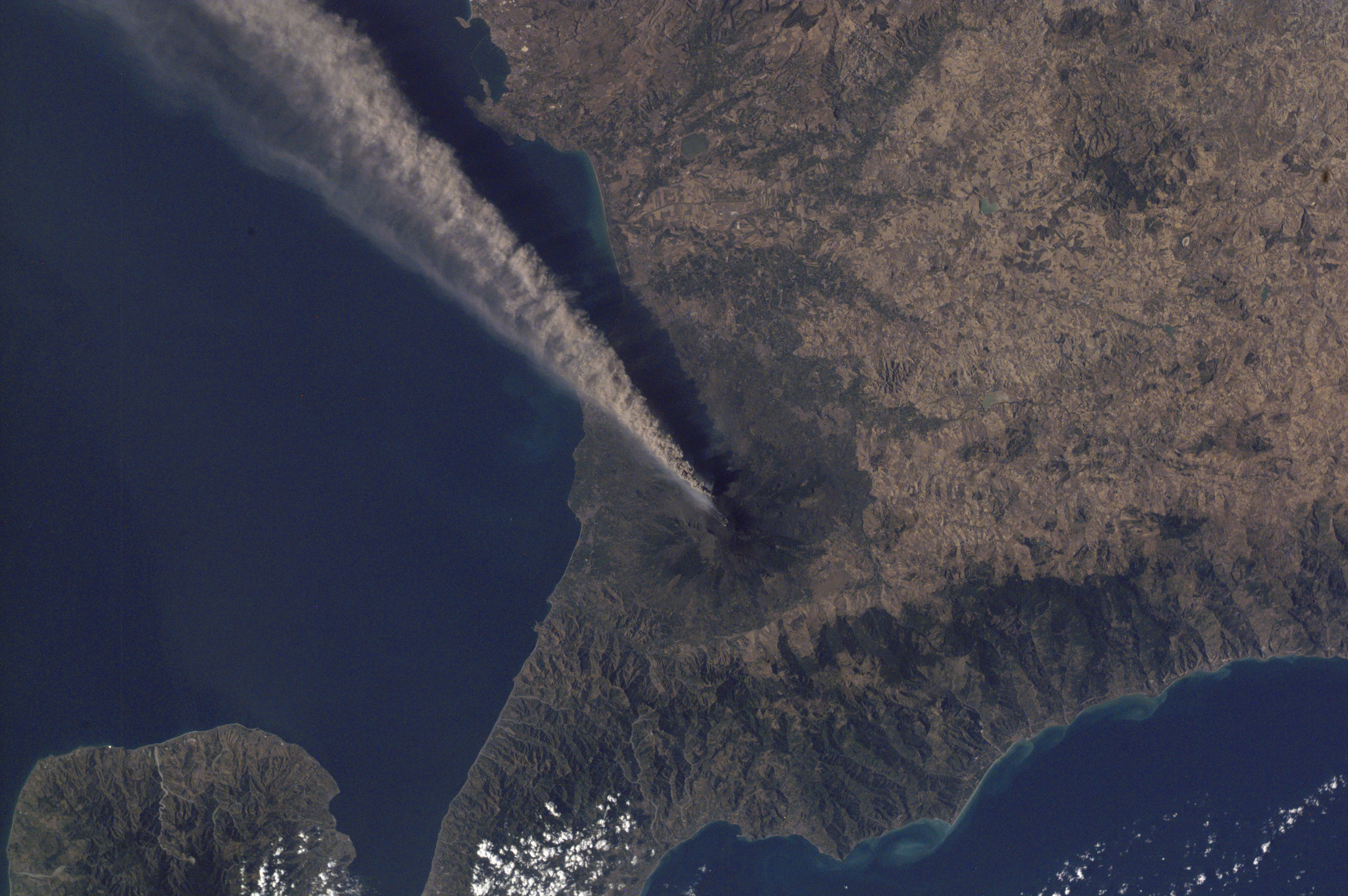 When this southward-looking photograph was taken by the Expedition 2 crew aboard the International Space Station, the city of Catania (in shadow, ~25 km SSE of the volcano) was covered by a layer of ash and Fontanarossa International Airport was closed. On that day an ash cloud was reported to have reached a maximum height of ~5.2 km. Plumes from two sources are visible here—a dense, darker mass from one of the three summit craters and a lighter, lower one.

The record of historical volcanism of Mt. Etna is one of the longest in the world, dating back to 1500 BC. Two styles of activity are typical: explosive eruptions, sometimes with minor lava flows, from the summit craters and flank eruptions from fissures.

Digital photograph number ISS002-E-8683 taken on 22 July 2001 from Space Station Alpha. Provided by the Earth Sciences and Image Analysis Laboratory at Johnson Space Center. Additional images can be viewed at the NASA-JSC Gateway to Astronaut Photography of Earth.