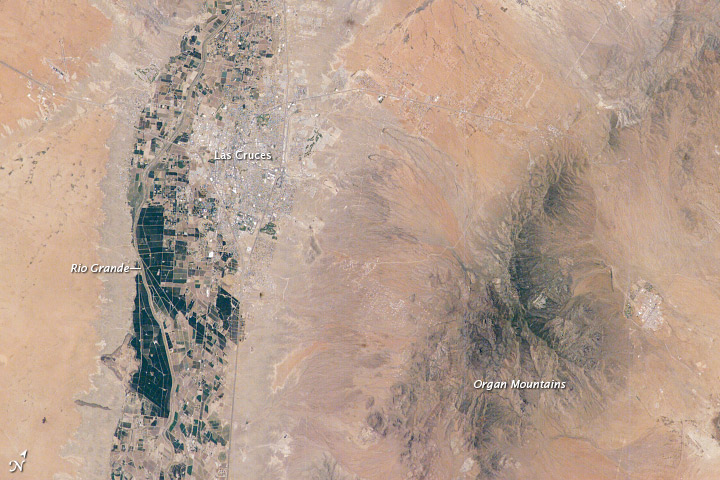 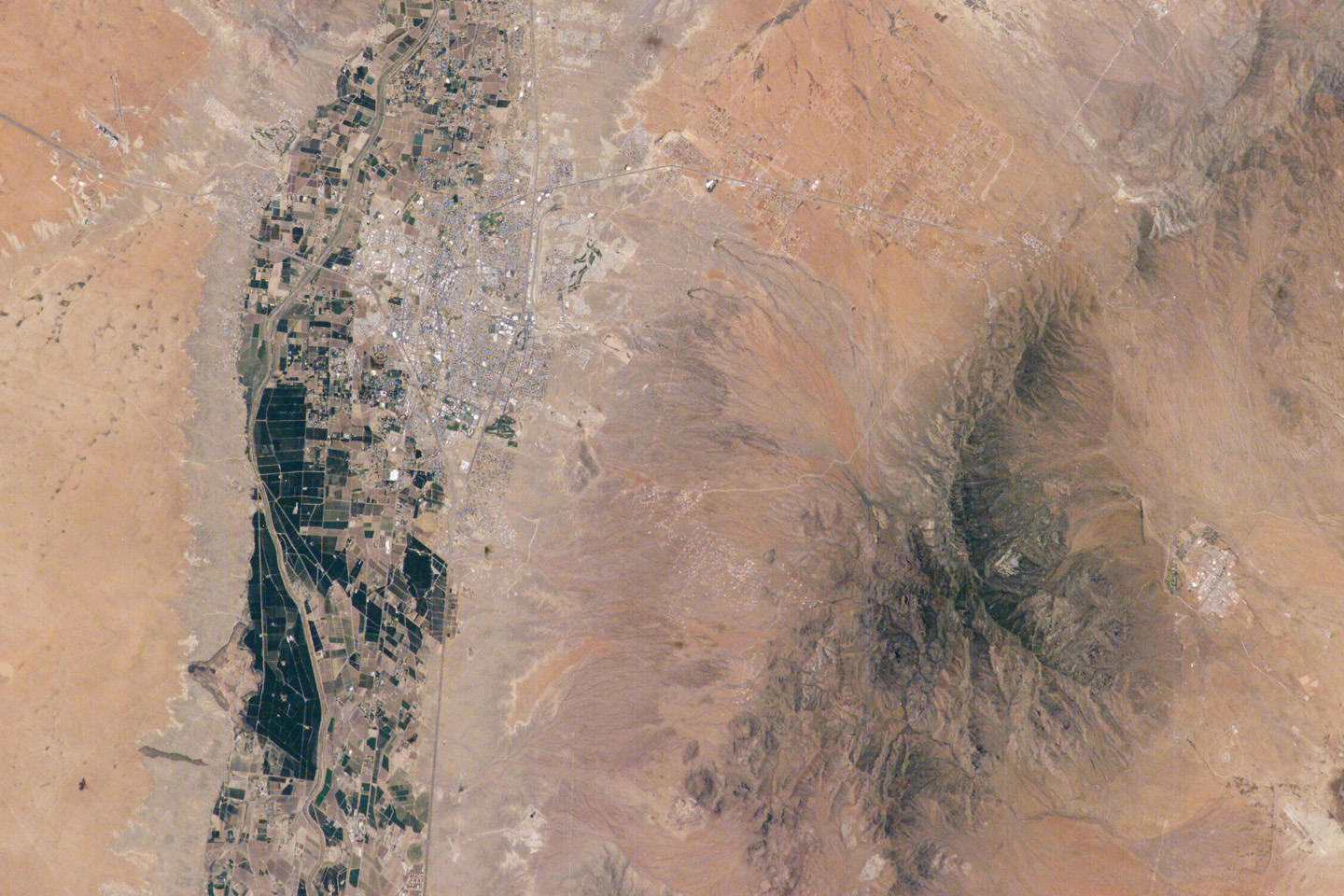 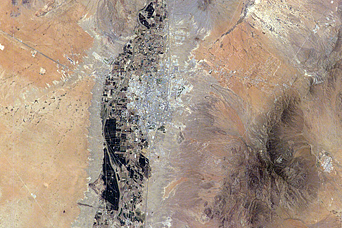 The city of Las Cruces is located within the Rio Grande Rift, a large geological feature that extends from Colorado southwards into Mexico. The Rio Grande Rift is marked by a series of depressions punctuated with uplifted mountains. Sinking in one place is often accompanied by uplift along boundaries of the grabens—the striking Organ Mountains to the east of Las Cruces are one such uplifted fault block.

Astronaut photograph ISS011-E-8410 was acquired June 9, 2005, with a Kodak 760C digital camera with an 180 mm lens, and is provided by the ISS Crew Earth Observations experiment and the Image Science & Analysis Group, Johnson Space Center. The International Space Station Program supports the laboratory to help astronauts take pictures of Earth that will be of the greatest value to scientists and the public, and to make those images freely available on the Internet. Additional images taken by astronauts and cosmonauts can be viewed at the NASA/JSC Gateway to Astronaut Photography of Earth.