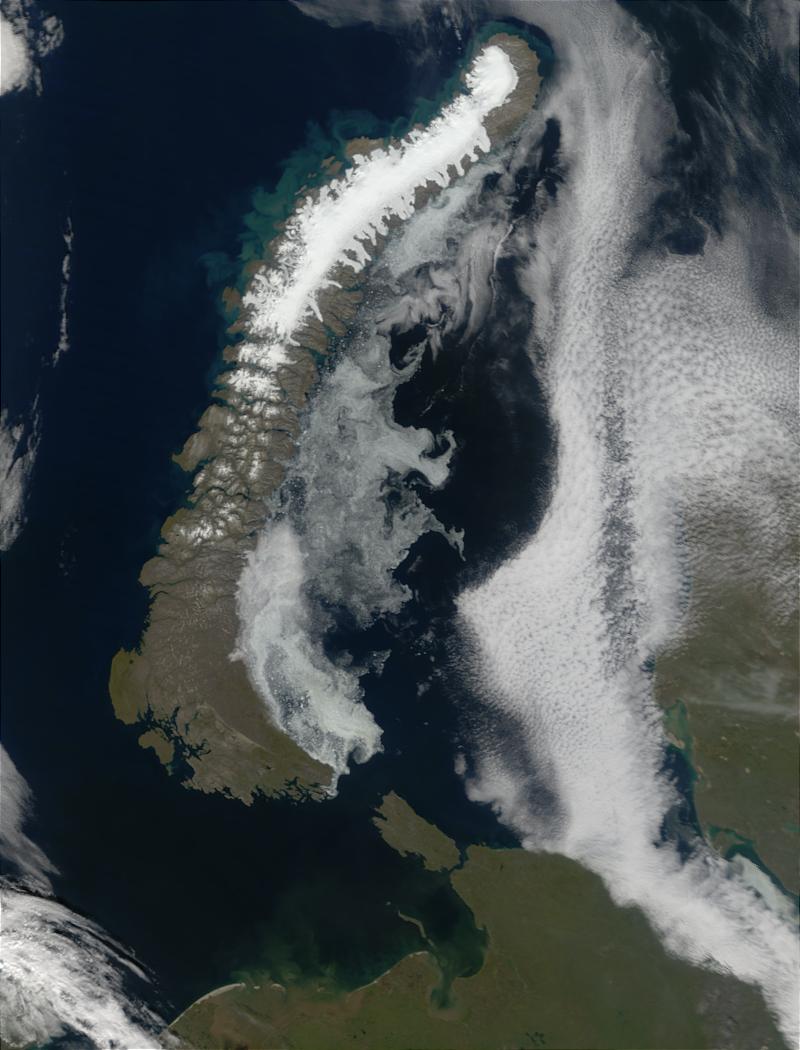 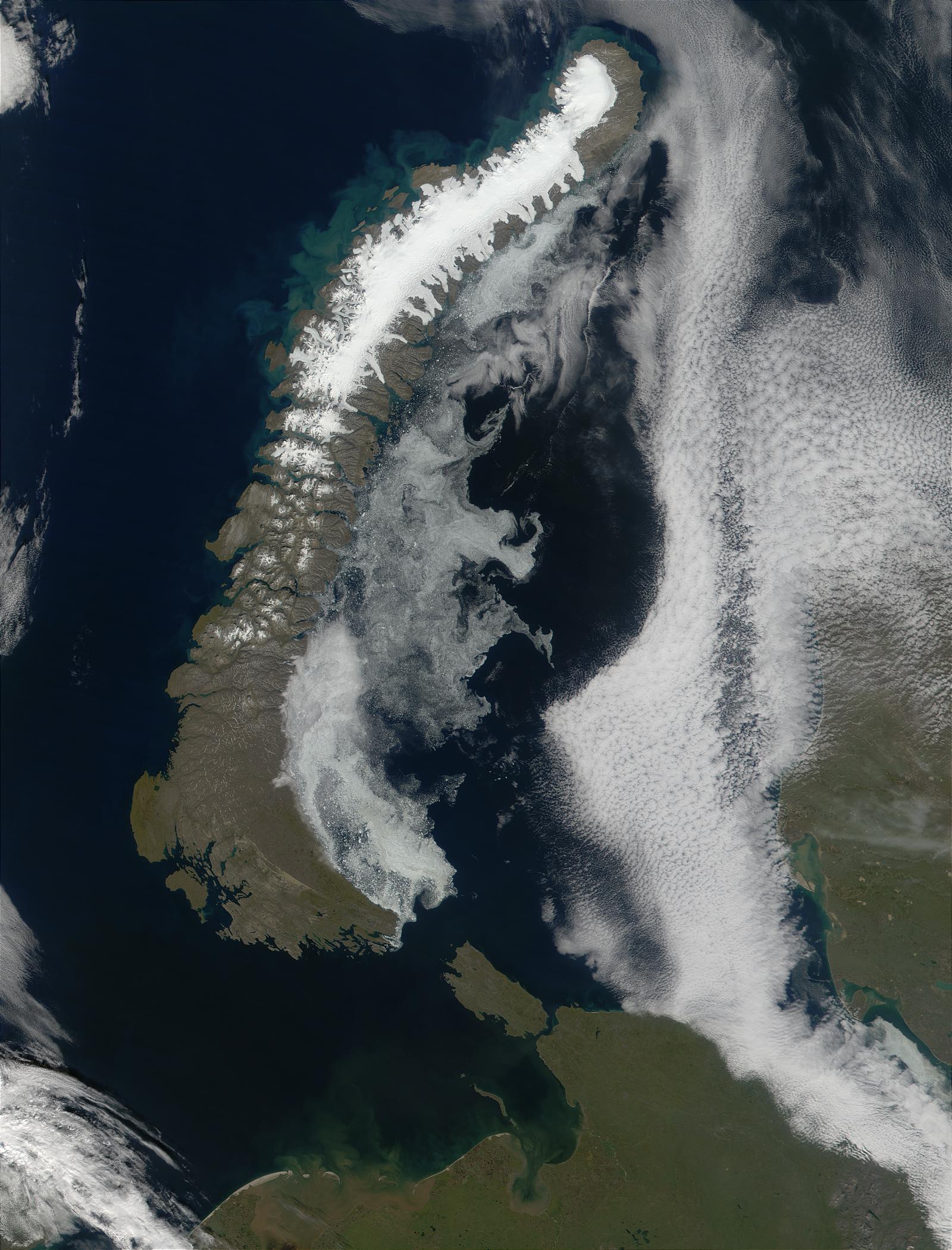 Phytoplankton bloom along the coast of Novaya Zemlya, Russia

North of the western Russian mainland lies the island archipelago of Novaya Zemlya. The northern island is glacier covered and is the site of ongoing research into the effects of the North Atlantic Oscillation and climate change on the glaciers. The archipelago is situated in the Arctic Ocean, between the Barents Sea to the west and the Kara Sea to the east. In this true-color MODIS image, the blue-green swirls in the waters of the Barents Sea on the western coast could indicate a bloom of phytoplankton, or they could be highly reflective glacial silt resulting from run off. The Barents Sea is named for Dutch explorer Willem Barents, who is 1596 attempted to sail to Asia via the North Pole. Barents and his crew were caught in sea ice at north of the northern cape of Novaya Zemlya in August and were forced to winter on the island, building a house out of the wood from their ship. Not just a historic and climatological research site, the islands are also home to a Russian nuclear test facility.