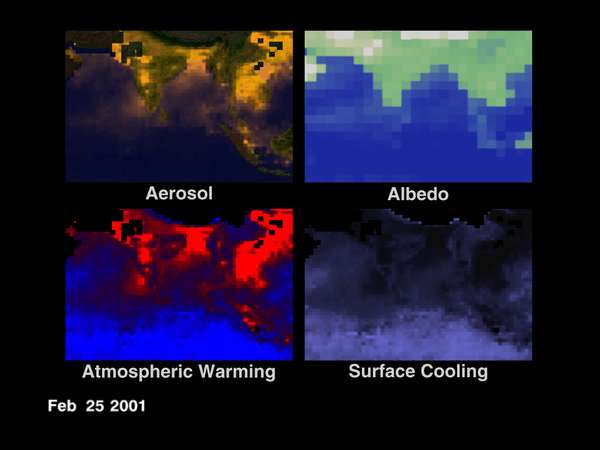 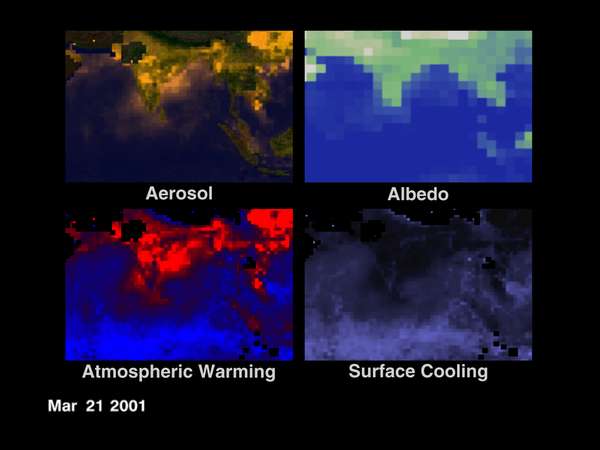 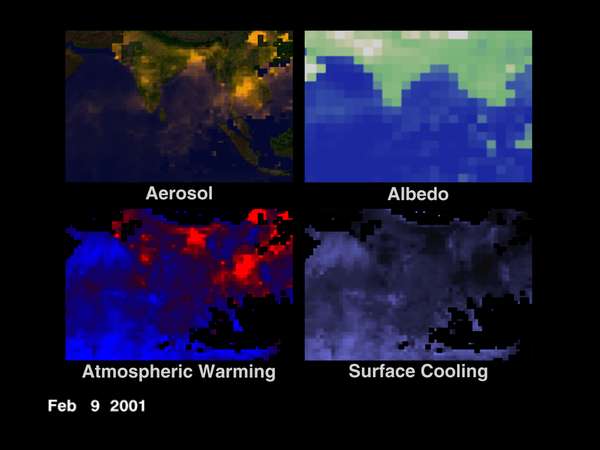 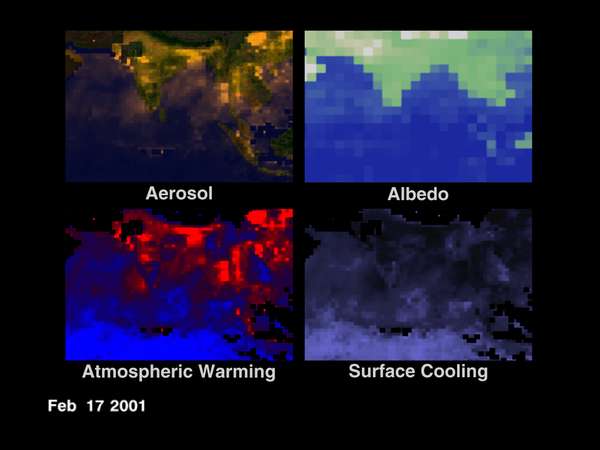 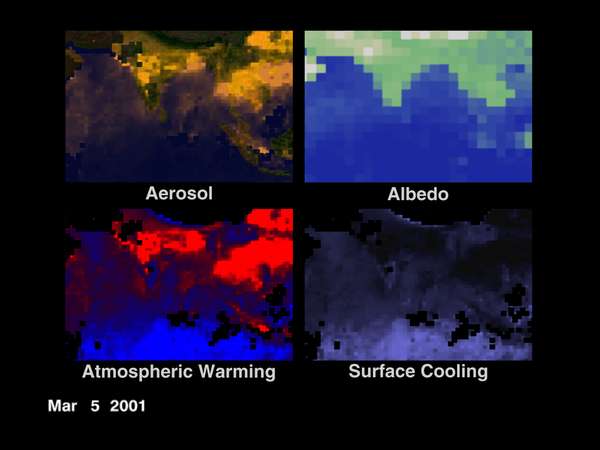 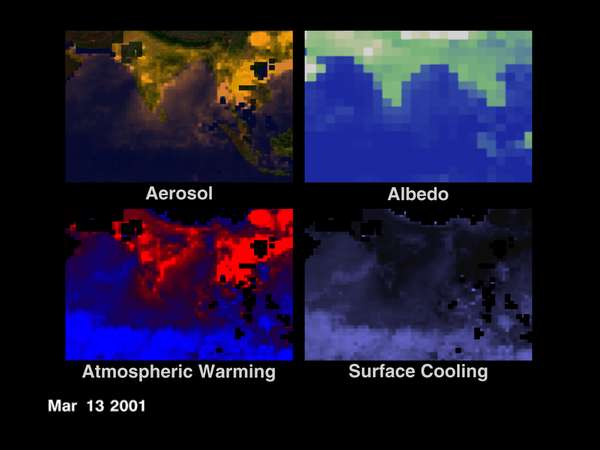 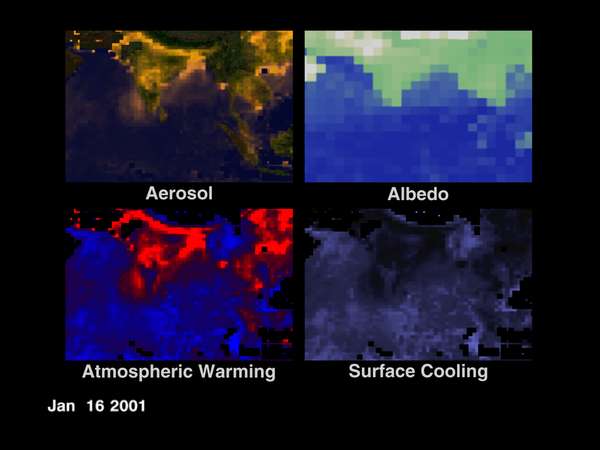 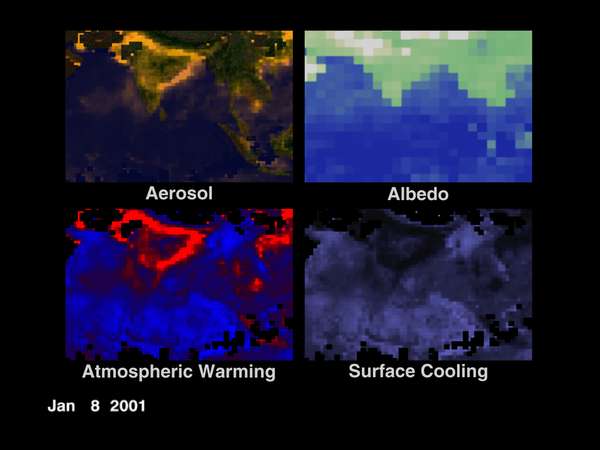 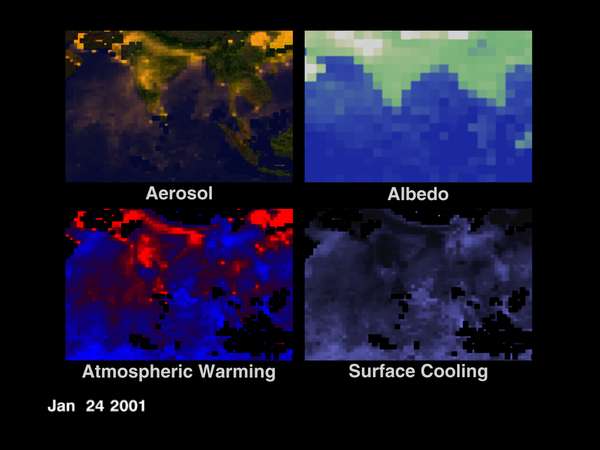 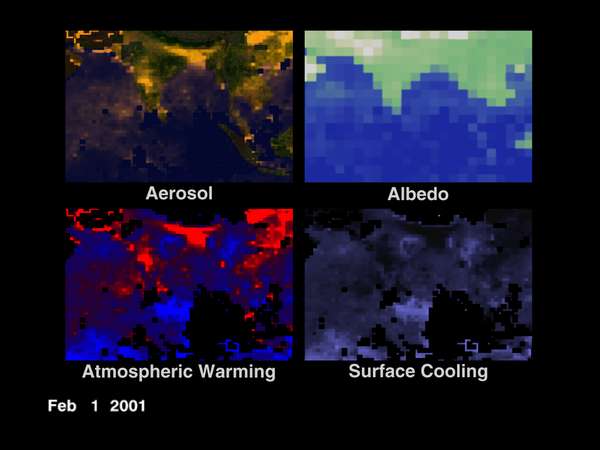 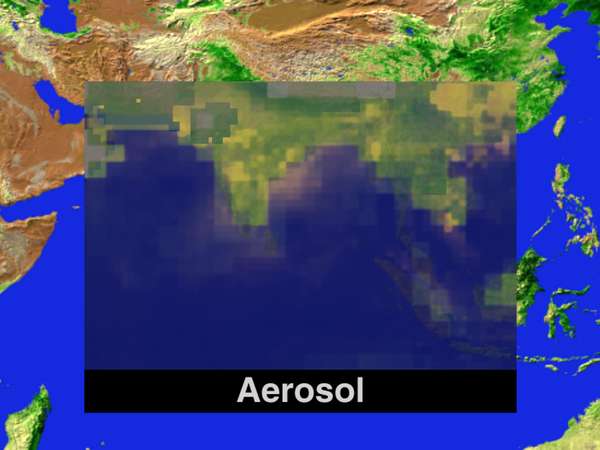 Effects of Aerosols over the Indian Ocean

Aerosols that contain black carbon both absorb and reflect incoming sunlight. Even as these atmospheric particles reduce the amount of sunlight reaching the surface, they increase the amount of solar energy absorbed in the atmosphere, thus making it possible to both cool the surface and warm the atmosphere. The images above show satellite measurements of the region studied during the Indian Ocean Experiment (INDOEX)–a vast region spanning the Arabian Sea and Bay of Bengal (west to east), and from the foot of the Himalayan Mountains, across the Indian subcontinent to the southern Indian Ocean (north to south).

The Aerosol images show aerosol pollution (brownish pixels) in the lower atmosphere over the INDOEX study area, as measured by the Moderate-resolution Imaging Spectroradiometer (MODIS) aboard Terra. These were composited from March 14-21, 2001.

The Atmospheric Warming images show the absorption of the black carbon aerosols in the atmosphere. Where the aerosols are most dense, the absorption is highest. Red pixels indicate the highest levels of absorption, blues are low.