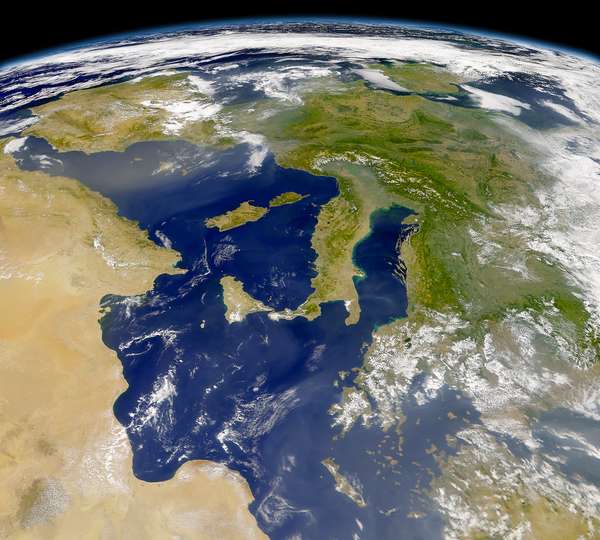 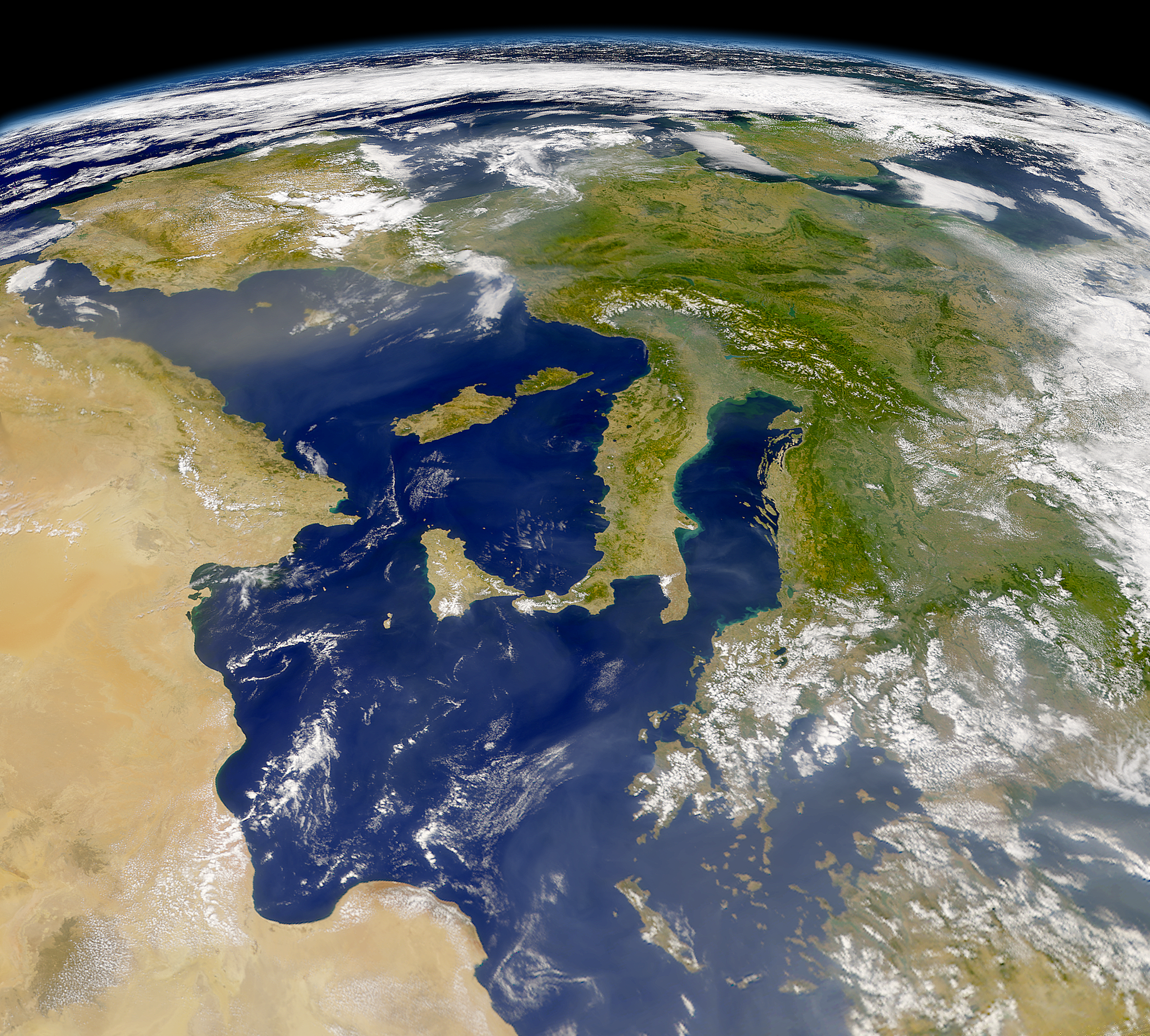 It was a sunny day in much of Europe in this image captured on August 14, 2001. This SeaWiFS image has been projected to simulate the view of an obsever looking northwest from 6400 kilometers (one Earth radius) above the Red Sea.