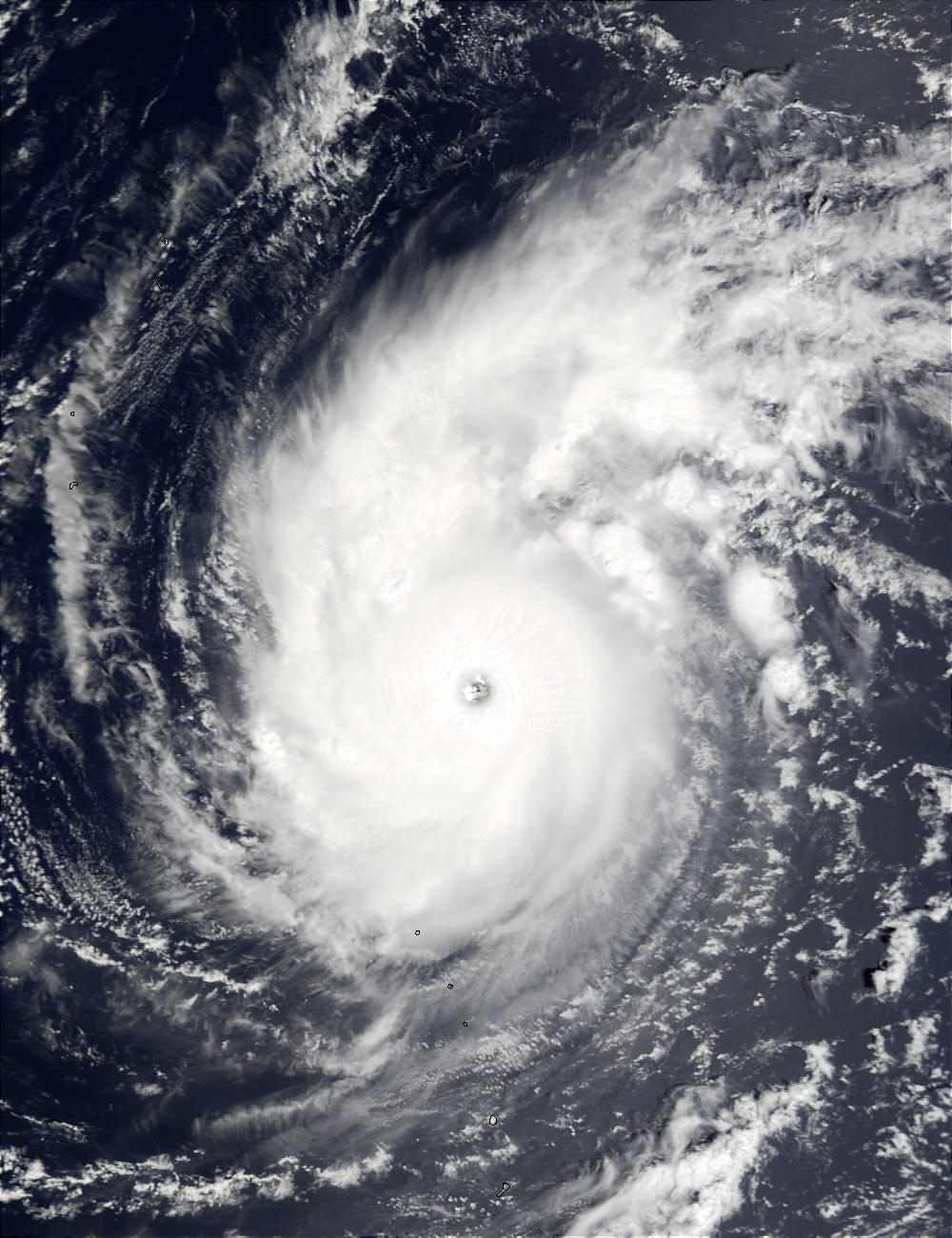 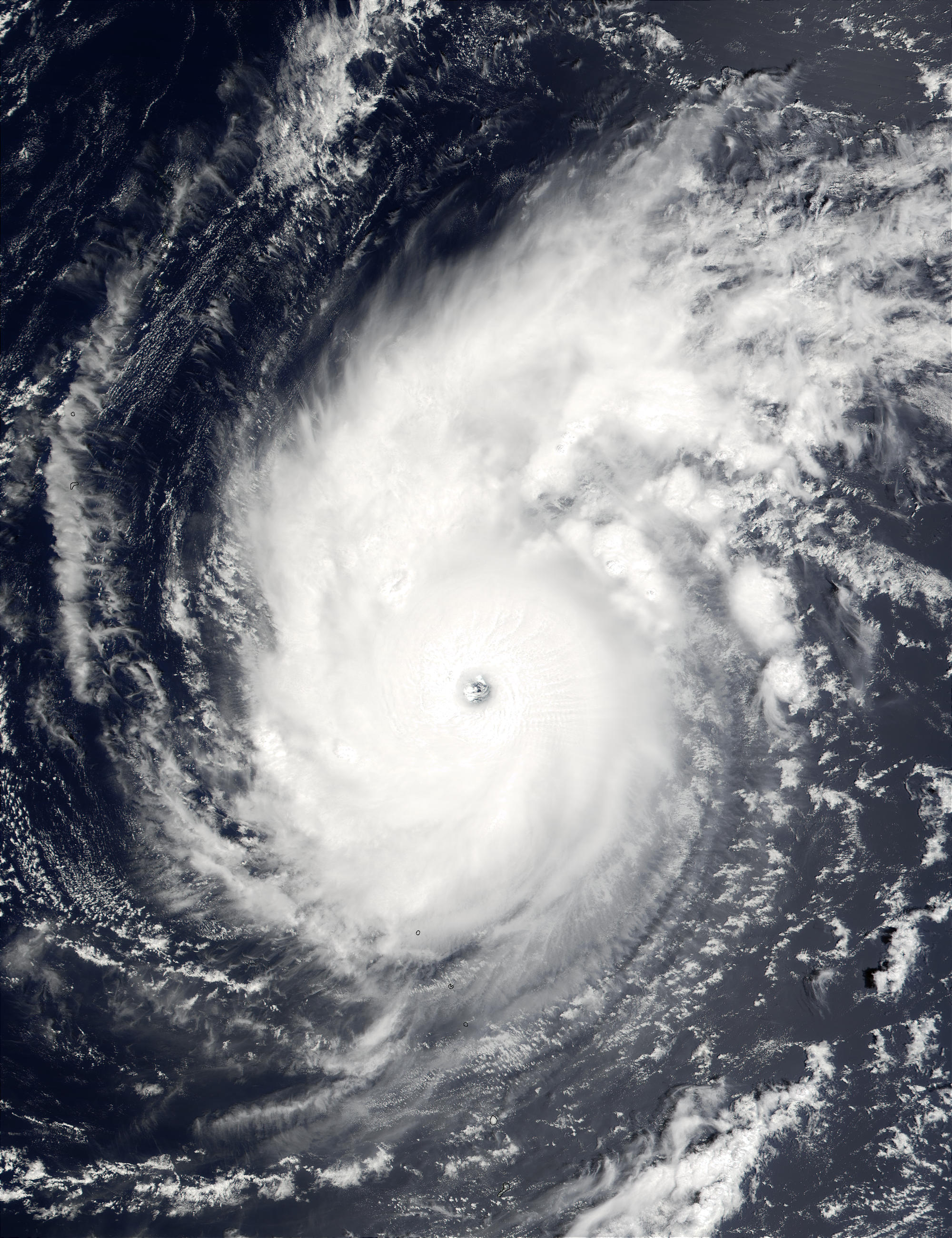 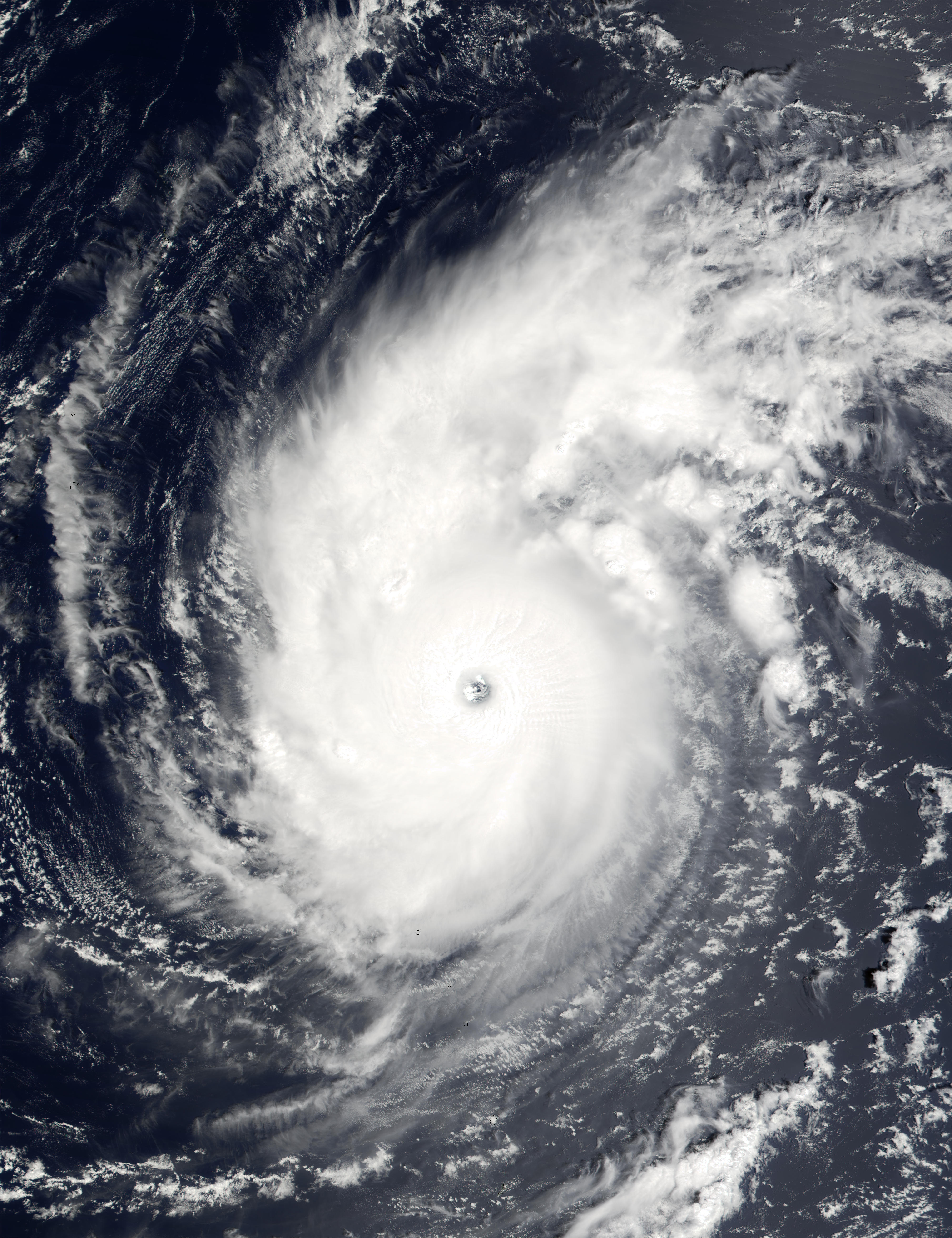 Typhoon Wutip, north of the Mariana Islands (black outlines) in the North Pacific Ocean, southeast of Japan. This iamge was acquired by MODIS on August 29, 2001.