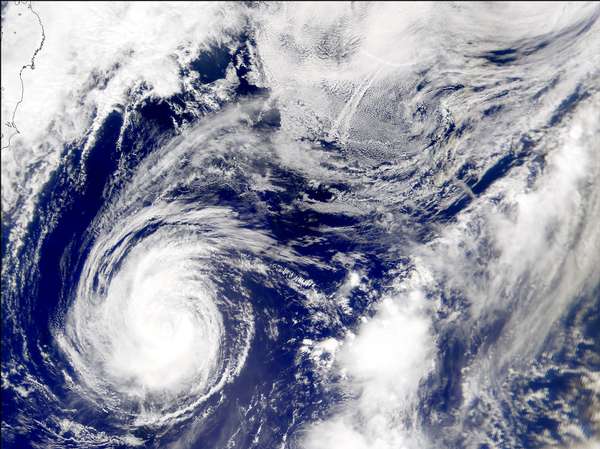 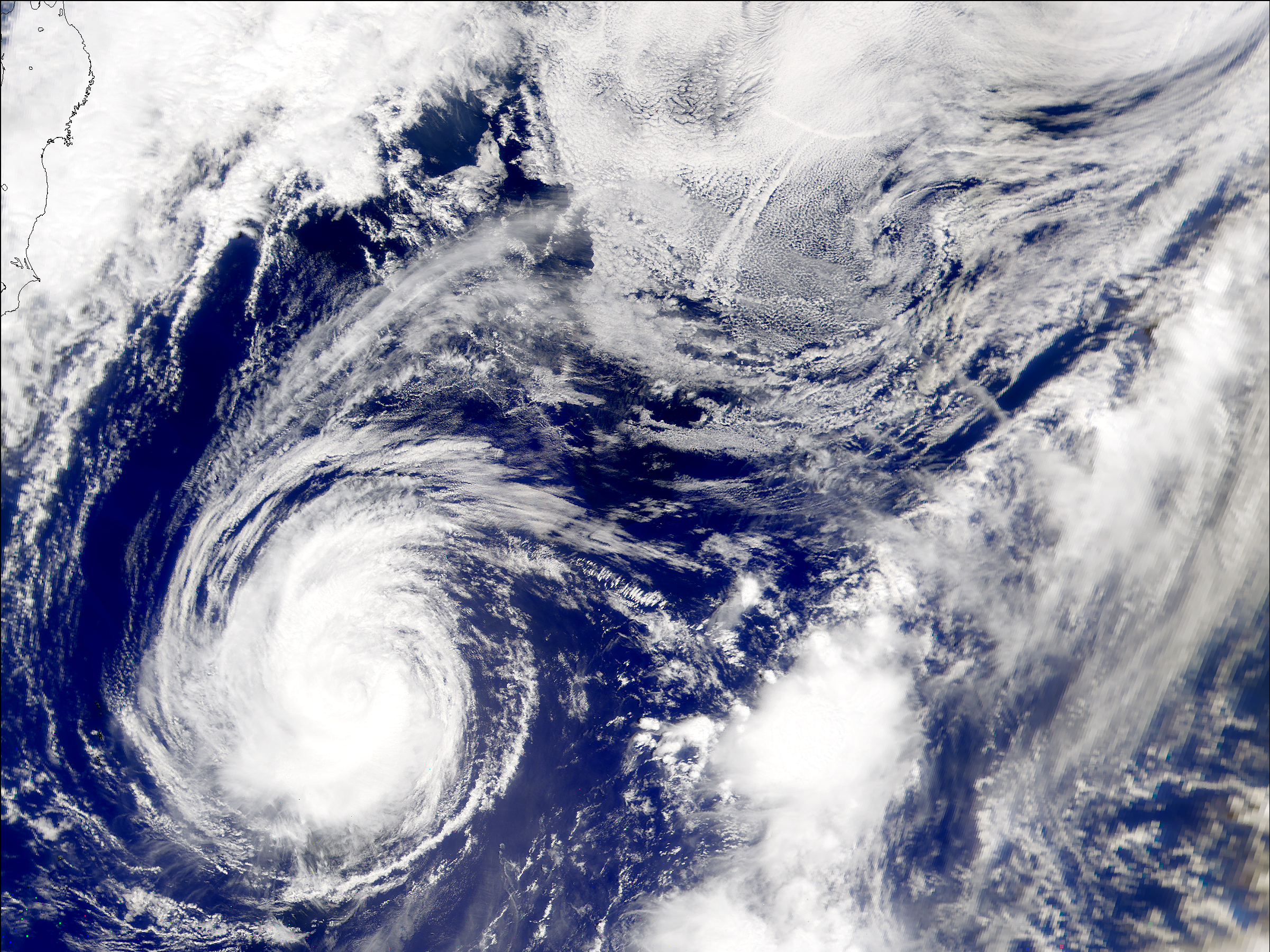 SeaWiFS captured this view of Typhoon Wutip on August 31, 2001. The island of Honshu is under the cloud cover in the upper left corner of the image.