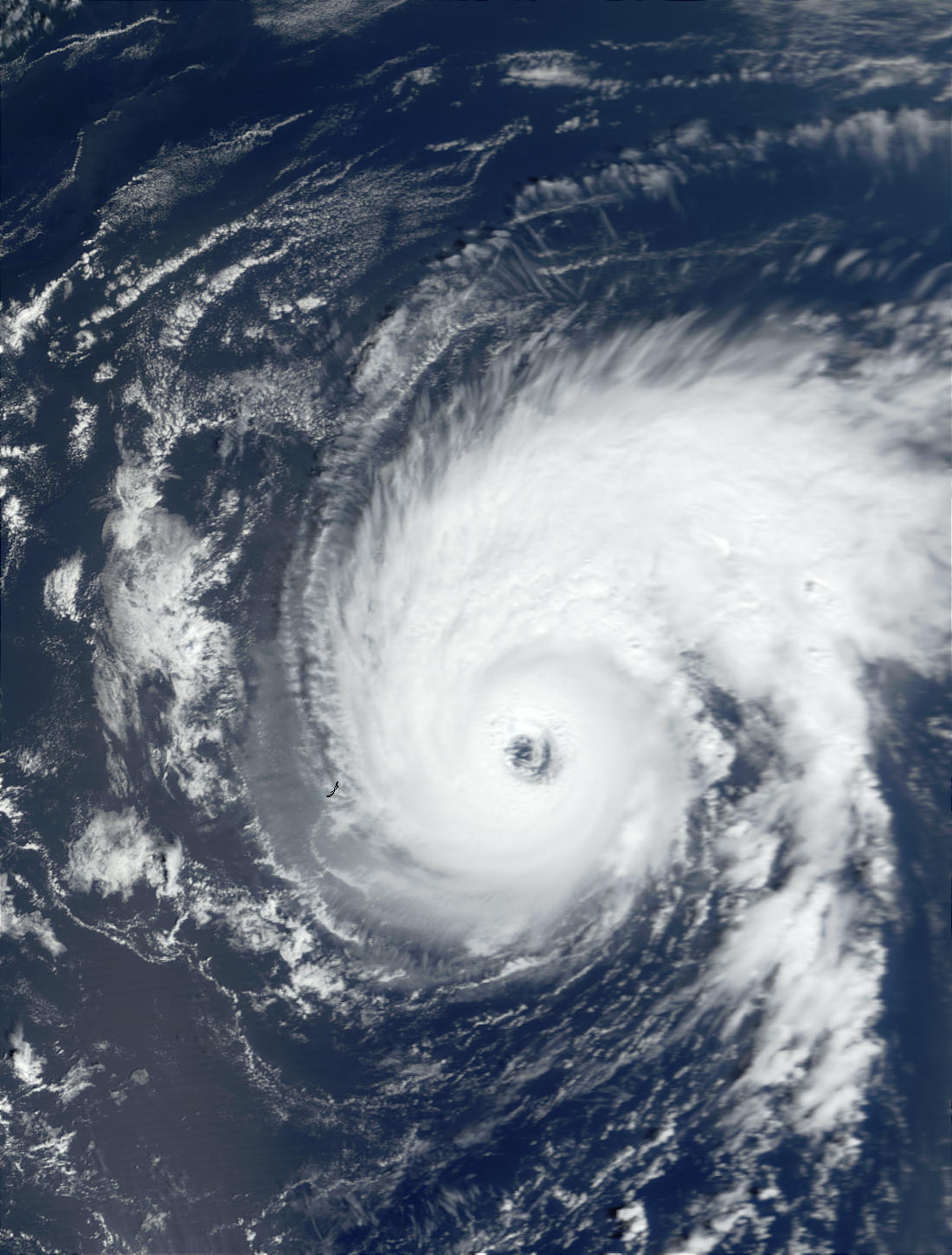 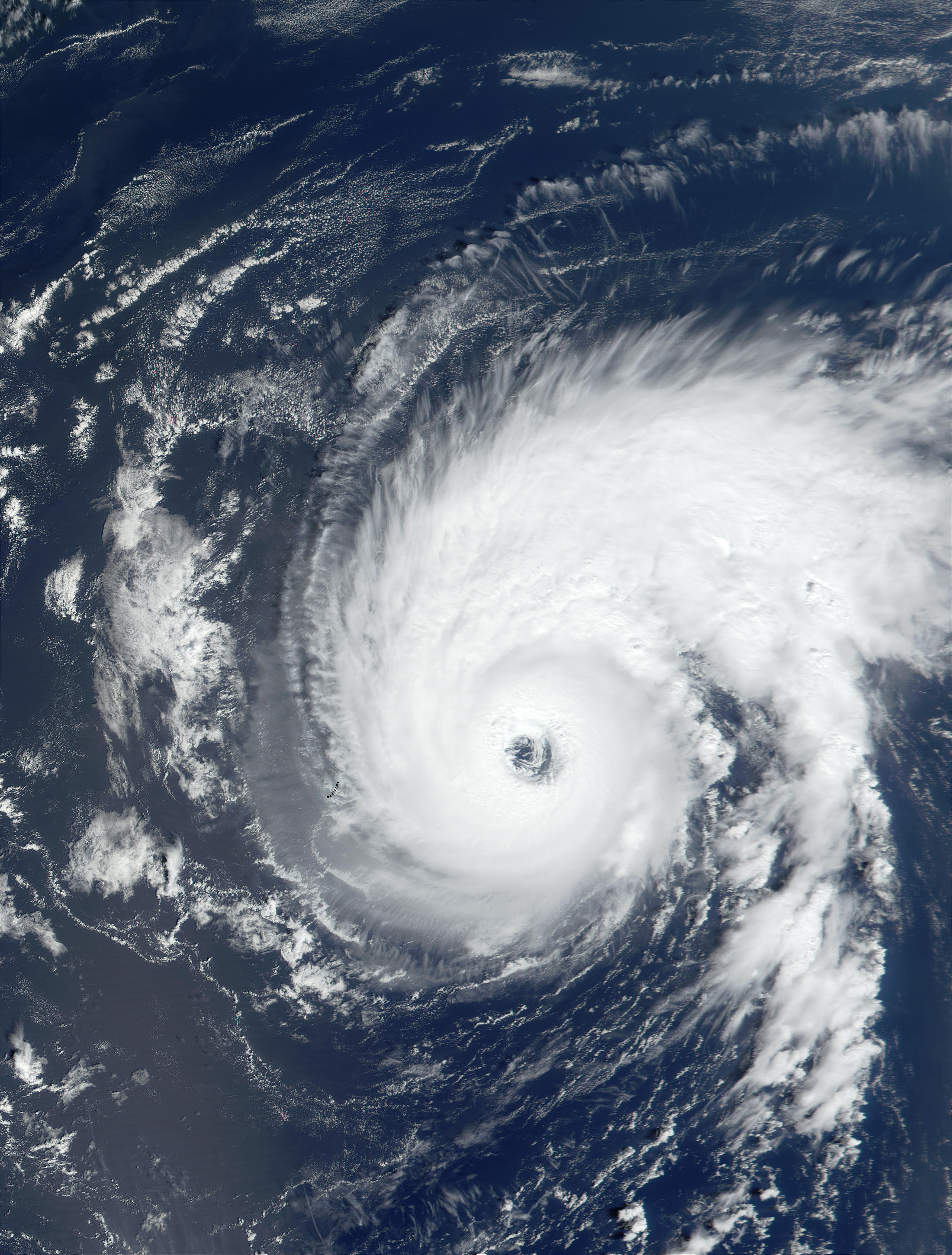 The first Atlantic hurricane of the 2001 season narrowly missed Bermuda yesterday (September 9) as it churned north-northwestward at a rate of 19 km per hour (12 miles per hour). Packing sustained winds of 195 km per hour (120 miles per hour), Hurricane Erin was located just east of Bermuda at the time NASA's Terra satellite acquired this image. The true-color image was produced using data from the Moderate-resolution Imaging Spectroradiometer (MODIS).

The U.S. National Hurricane Center predicts that tonight the storm will shift to a more northerly path. The Center says there is still the possibility that Hurricane Erin could impact Canada, somewhere along the coast of Newfoundland, within three to four days.