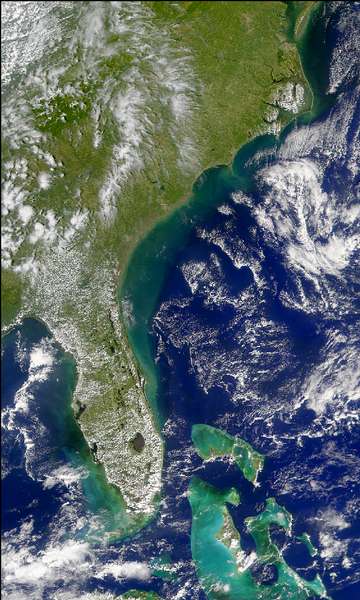 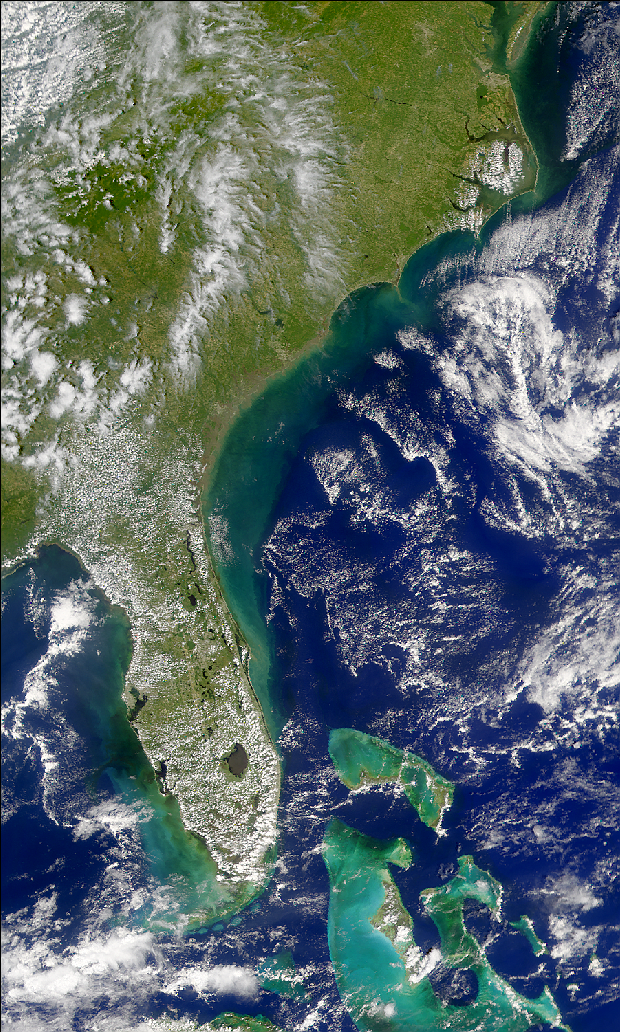 The aftereffects of Tropical Storm Gabrielle are visible in this SeaWiFS image captured on September 17, 2001 off the coast of the southeastern United States. Near the coast the ocean is browner than normal because increased rainfall has washed a higher than usual sediment load into the sea. The brown water is most evident along the South Carolina and Georgia coasts. Farther offshore, wind-induced wave action has resuspended sediments from the underlying continental shelf turning the water a milky green color all the way out to the shelf break.

Tropical Storm Gabrielle became a Hurricane briefly after she left the area on her northeastward trek.