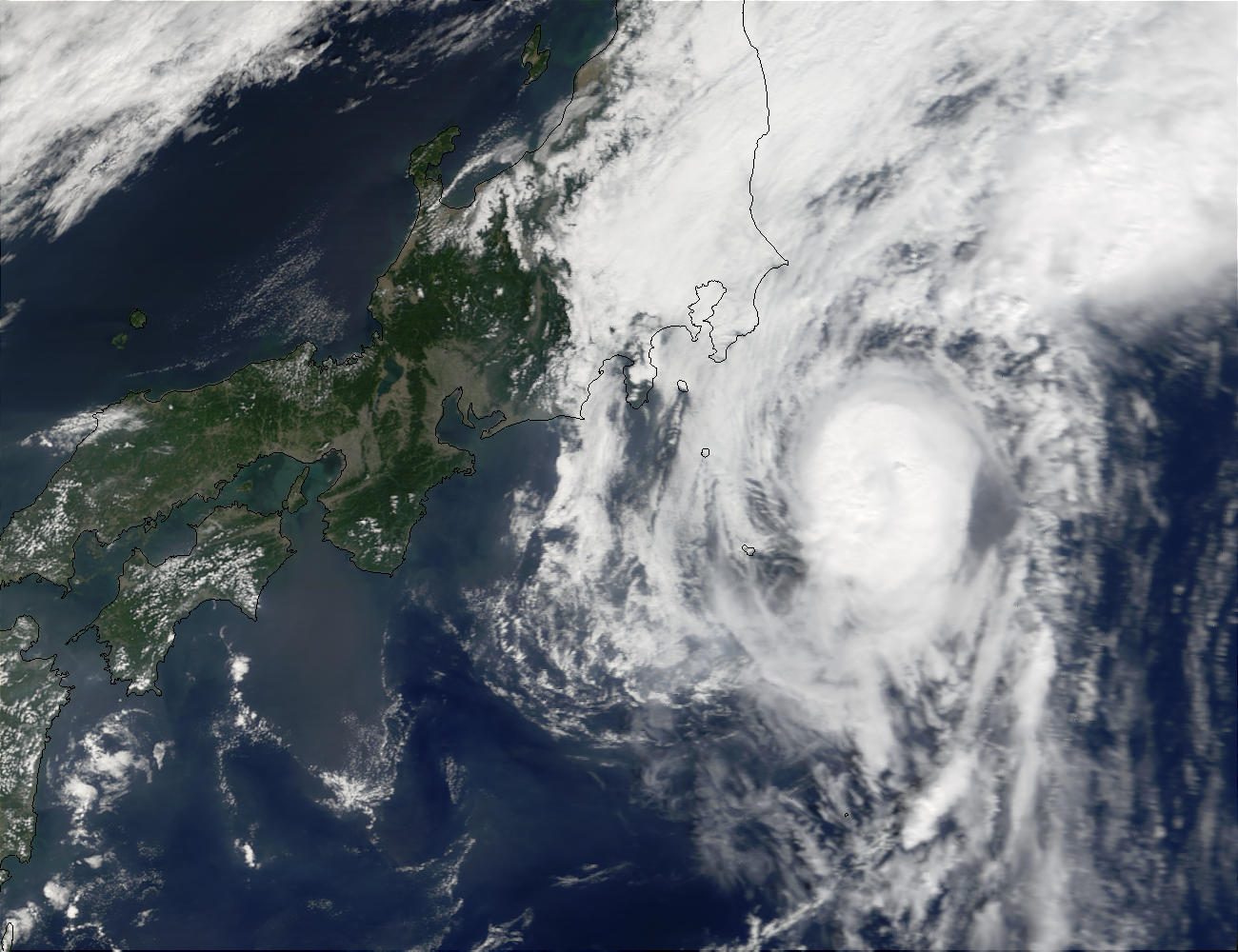 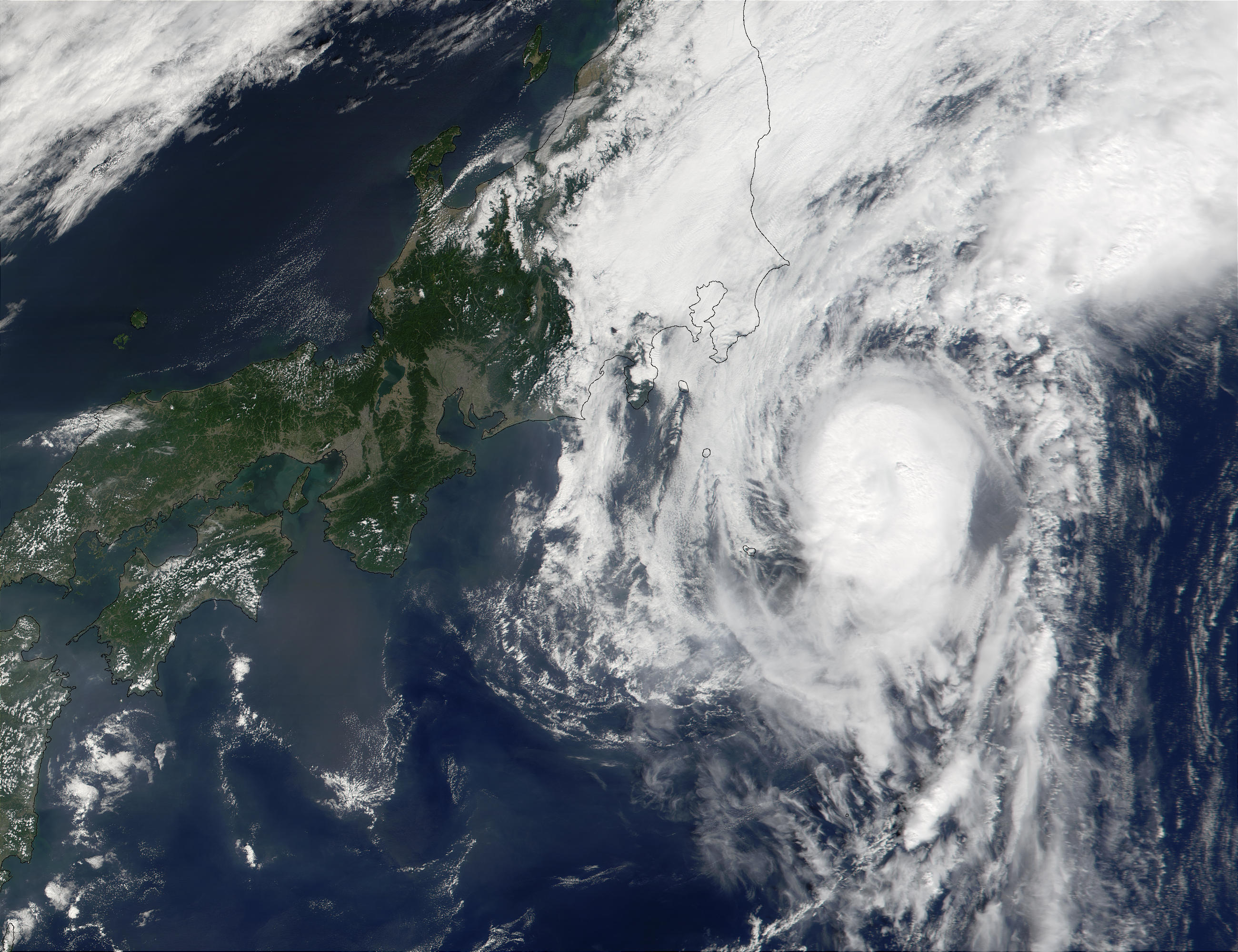 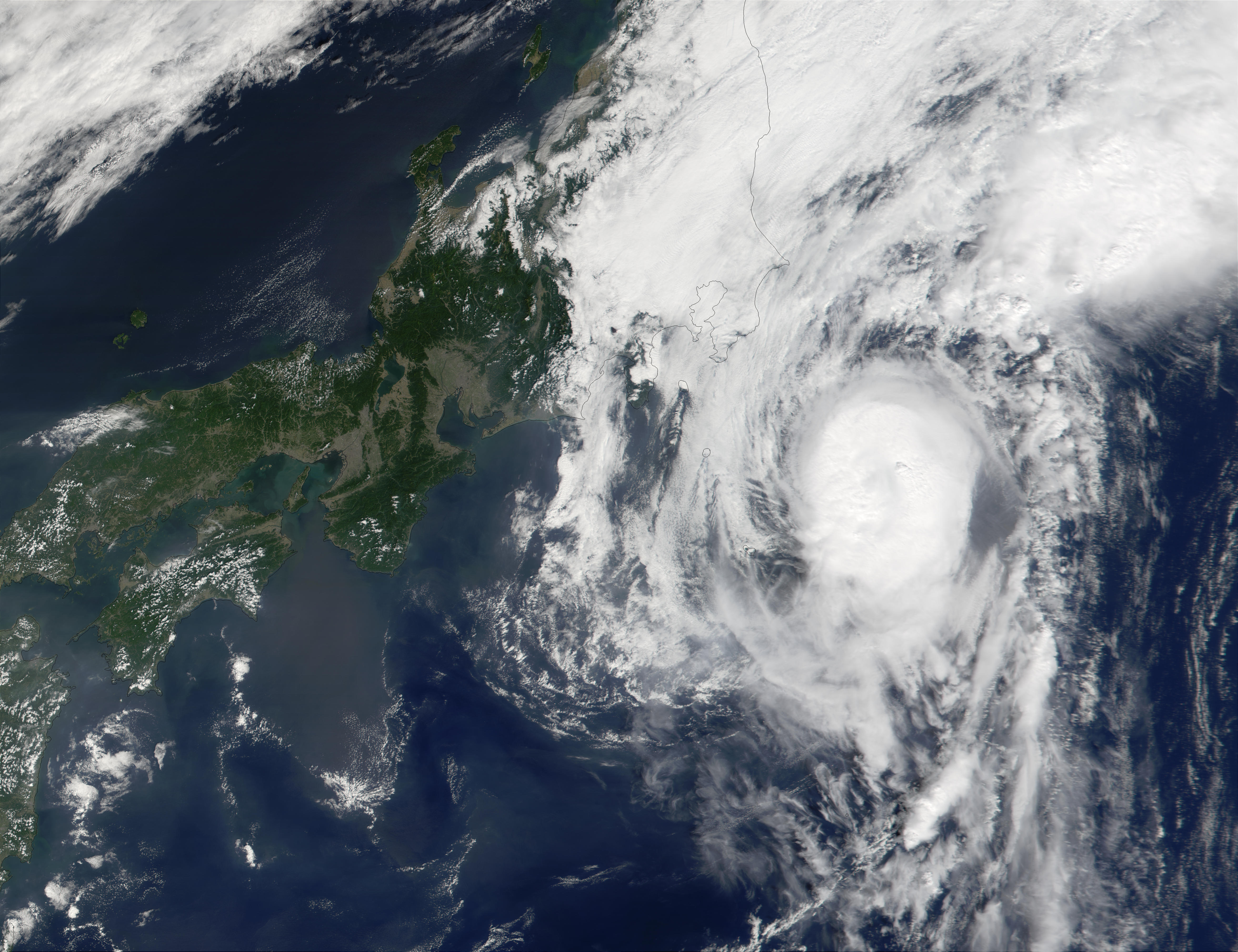 Typhoon Vipa approached Japan, but the eye of the storm did not make landfall before the storm began a more northeastward track, leading it out into the Northwest Pacific Ocean, where it weakened to Tropical Storm status over cooler waters. In this MODIS image from September 20, the outer bands of Vipa's clouds are draped over the northern portion of Honshu.