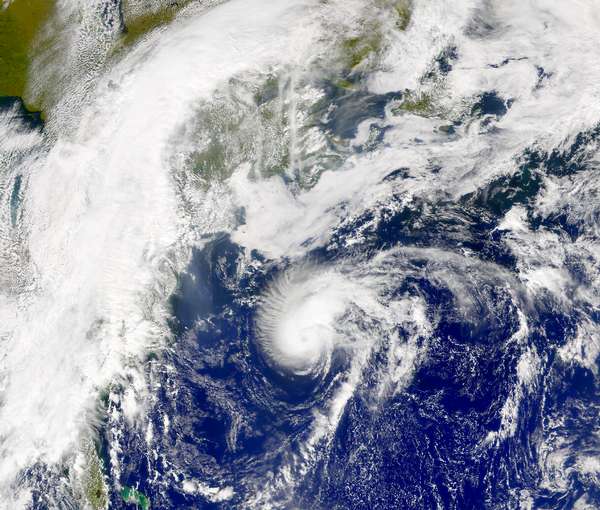 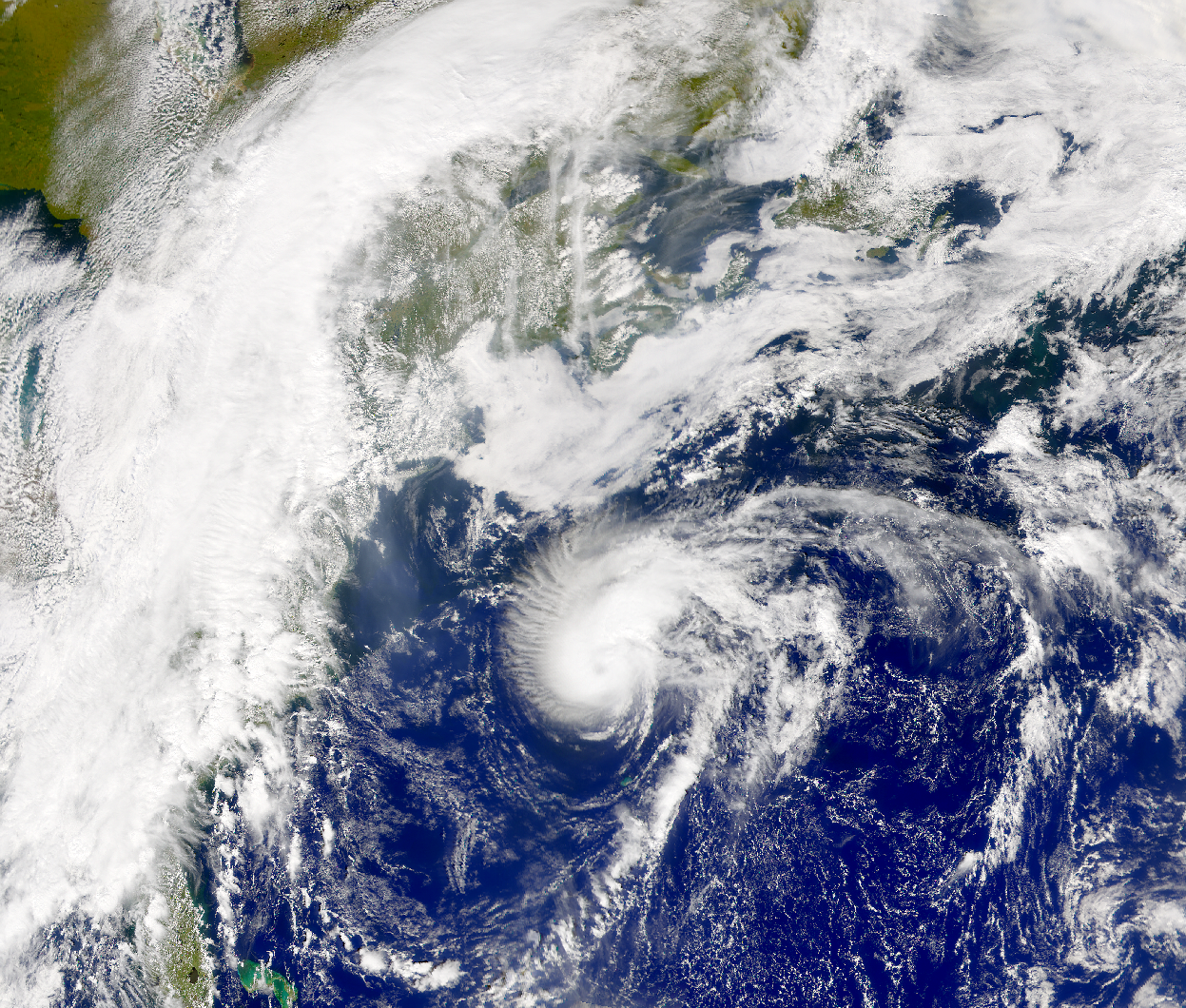 Hurricane Humberto spirals just north of Bermuda on September 24, 2001. A strong jet stream has prevented any hurricanes from landing on the Atlantic coast of the U.S. and Canada so far this year. The true-color image was aqcuired by the Sea-viewing Wide Field-of-view Sensor (SeaWiFS).