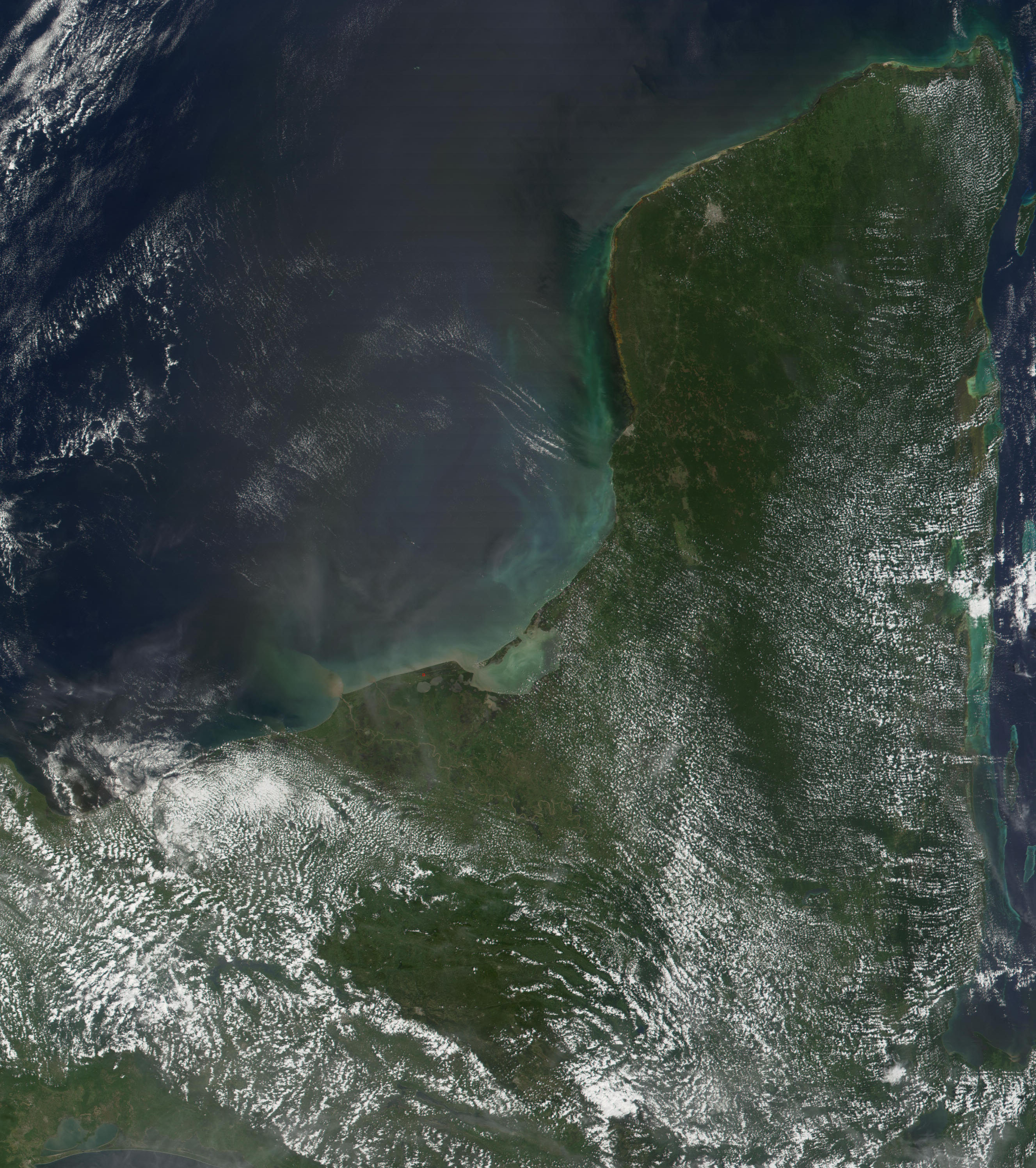 This MODIS true-color image of the Yucatan Peninsula was acquired from data captured on October 6, 2001. The Peninsula is comprised of several Mexican states, including Yucatan in the north, Quintana Roo to the east, and Campeche to the west. Mexico also shares the Yucatan Peninsula with the countries of Belize and Guatamala, located to the south of these states.

Phytoplankton show up as blue-green swirls off the western coast of Yucatan, in the center of the image, mixed in with sediment and other organic matter. Off the eastern coast of the Peninsula, running north and south along the right side of he image, the region's barrier reef is visible. Second only to Australia's Great Barrier Reef in size, the reef spans 180 miles from the northern tip of the Peninsula south into the Gulf of Honduras, and houses over 35 different species of reef-building corals.