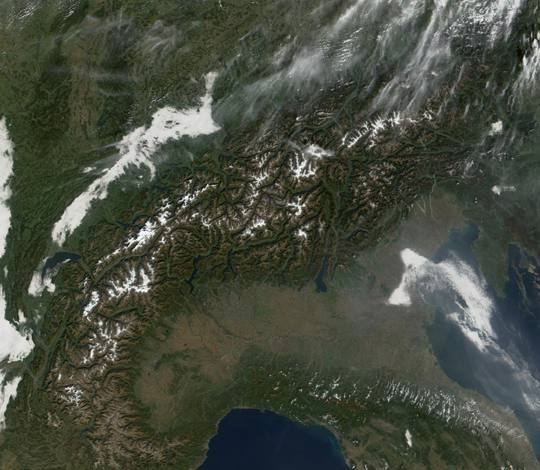 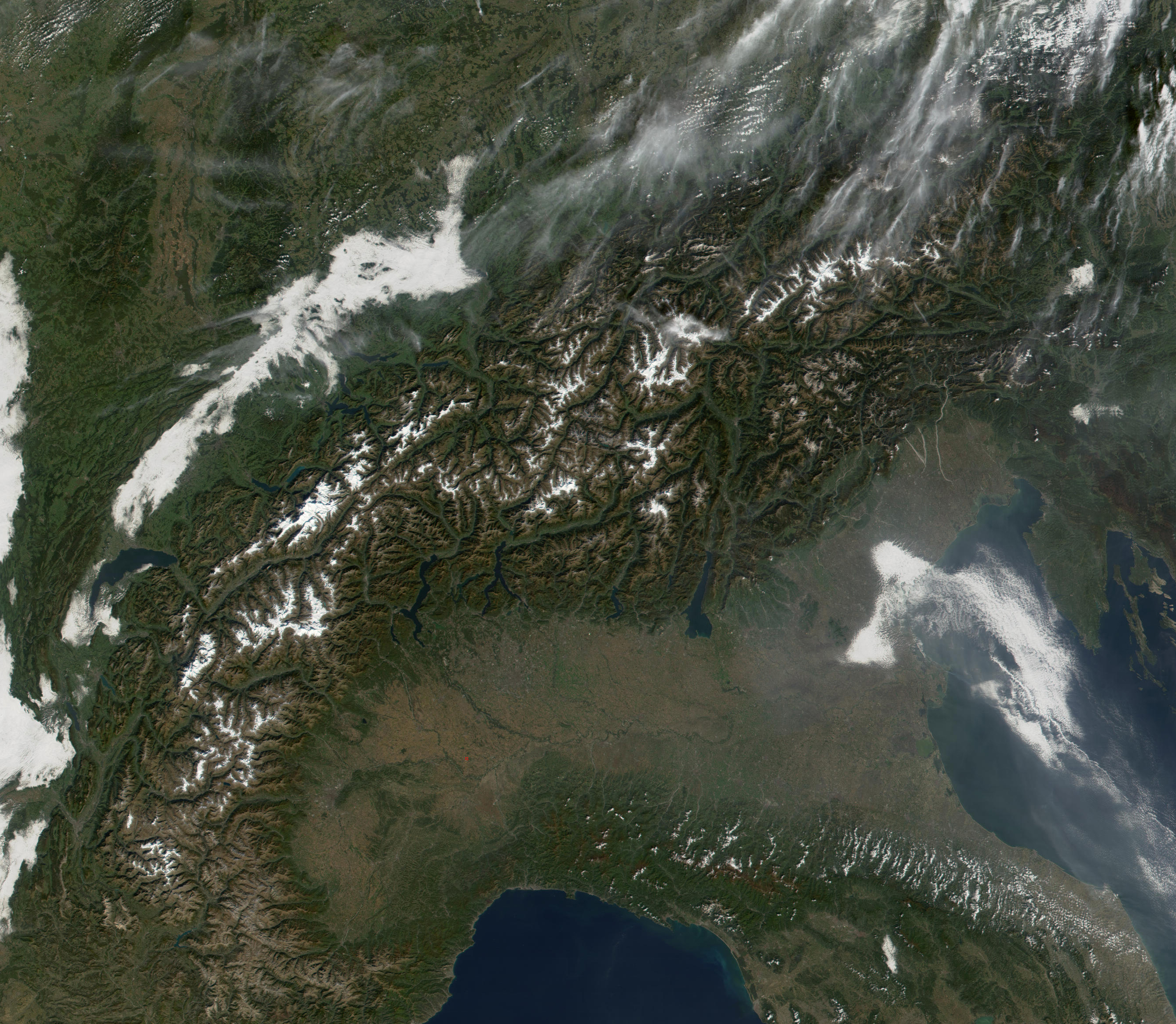 This MODIS true-color image, which was acquired from data collected on October 11, 2001, shows the Alps running through Southern Europe. Though some of the white areas on the mountains are due to early season snowfall, others are permanent snow packs. Such a pack is evident just west of Lake Geneva, which is the lake visible halfway up the left side of the image.

The mountains act as a political border between quite a few European countries. Italy, which is to the south of mountains, is separated from France, Switzerland, and Austria to the north of the mountains, left to right respectively. Also visible at center right, to the east of Italy, is the western region of the country of Slovenia.