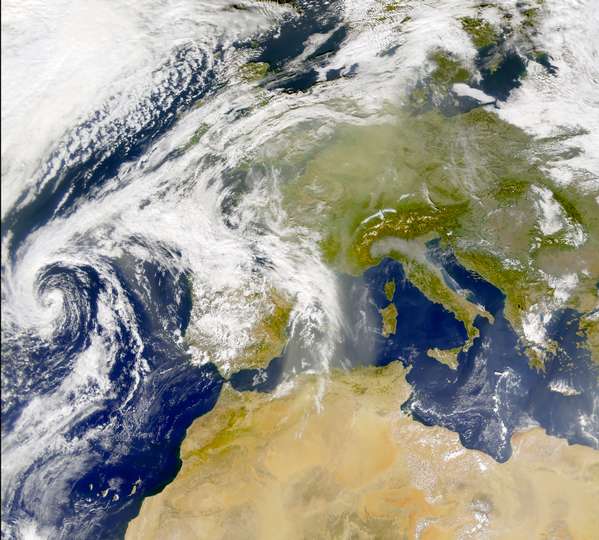 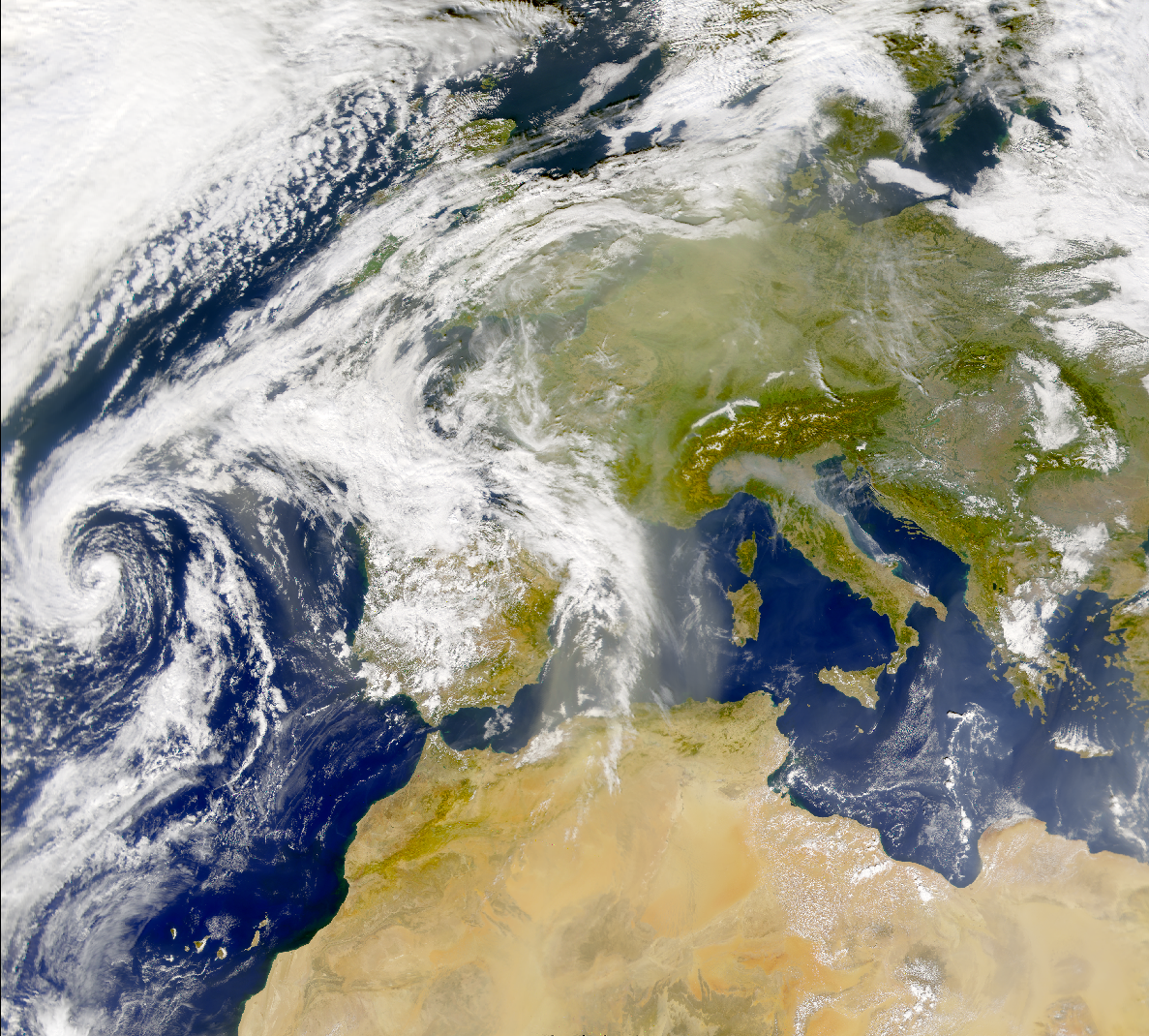 On October 13, 2001, SeaWiFS had this haze-obscured view of Europe. The tan color of the haze over northern France and Germany and up into the North and Baltic seas suggests dust. This dust most likely has its origins in northern Africa (note the tan haze over the Mediterranean to the east of Spain). The more bluish color of the aerosols over Italy's Plain of Lombardy suggests possible human origins.