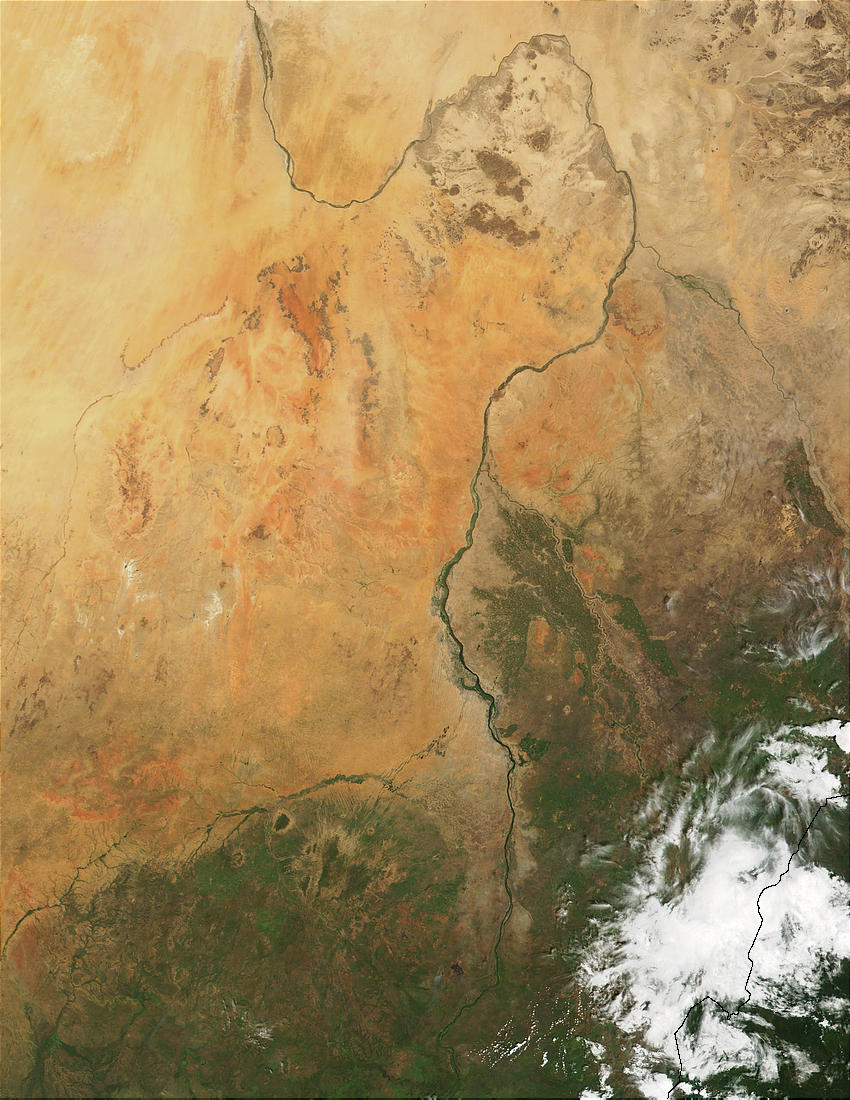 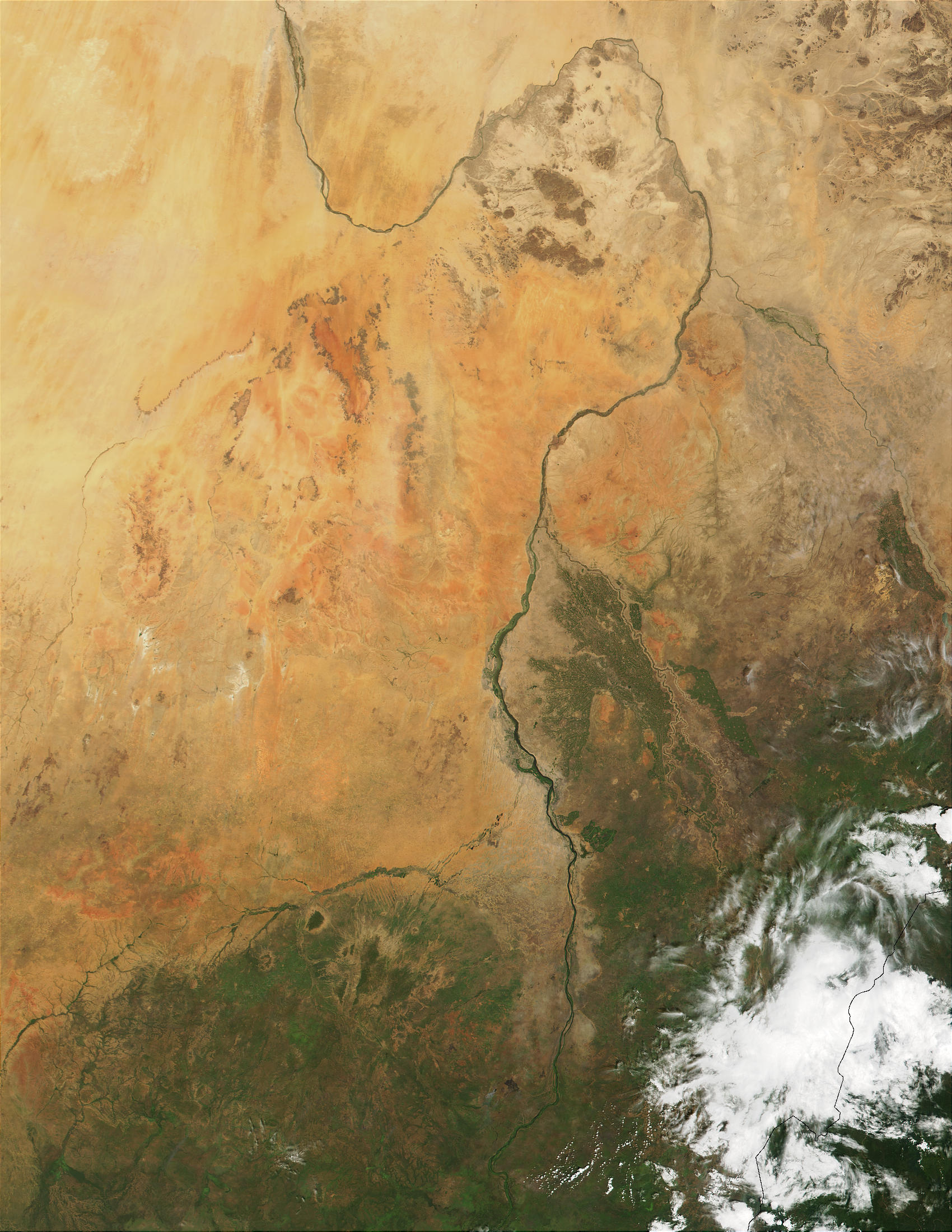 The Nile River flows northward through the country of Sudan in this true-color MODIS image acquired from data collected on October 17, 2001. The Nile has long been a source for fertile lands, by both annual flooding and as a source for irrigation. At the center of this image, to the east of the Nile, there is a patch of earthy green that may indicate such an irrigation project. In the high-resolution image this area is defined by very regular, gridded segments of green that would be indicative of such a project. To the east of that patch is another river, the Blue Nile, which flows northward, and converges with the Nile at Khartoum, the capital city of Sudan. It then continues north and circles around the Baiyuda Desert, marked at the top center by a whiter hue of sand.