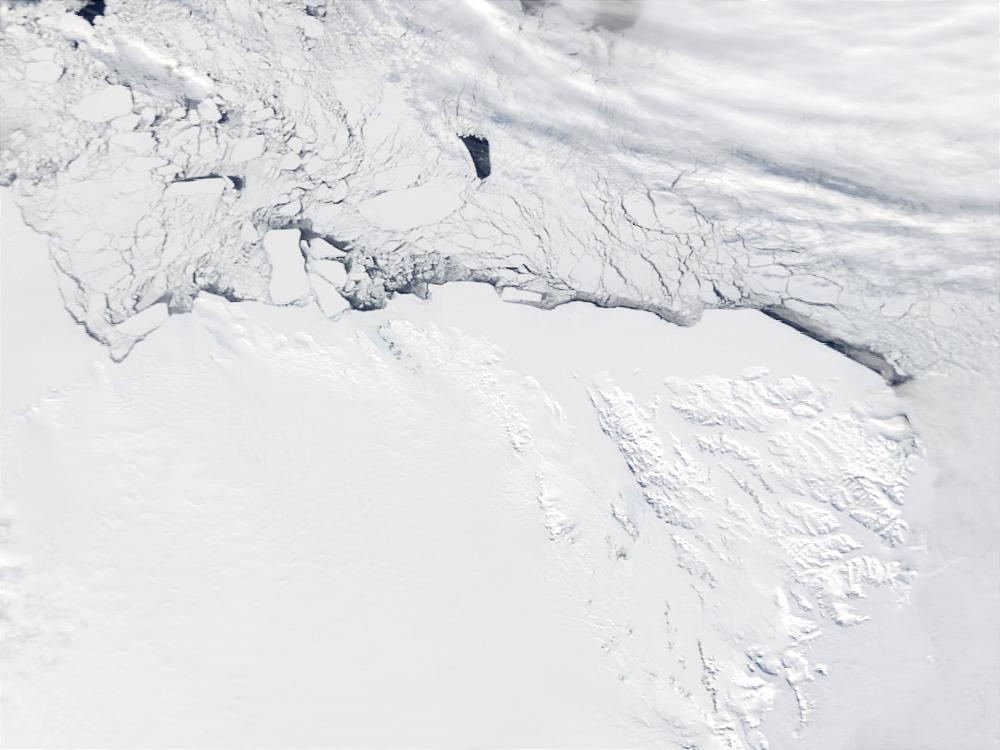 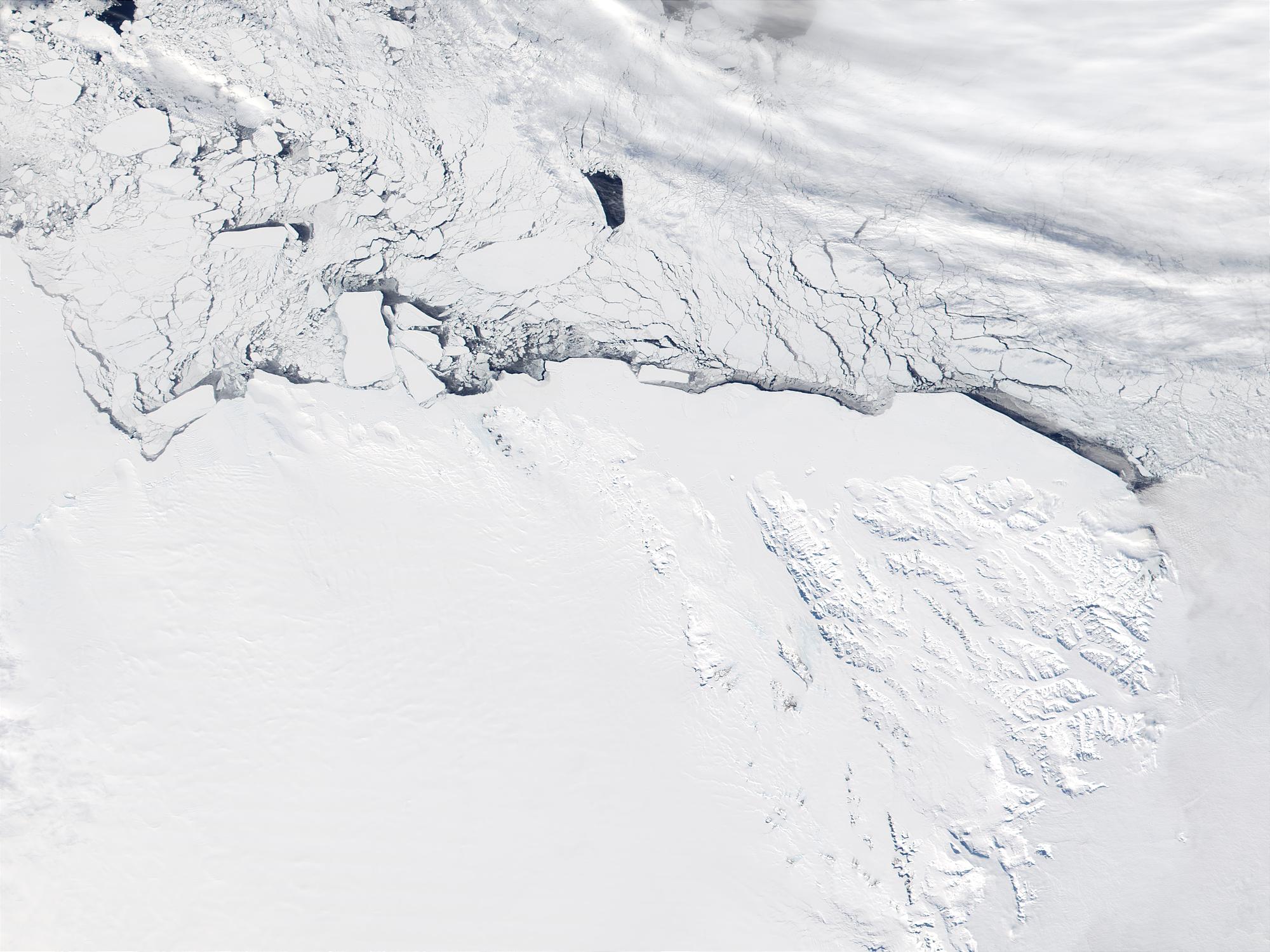 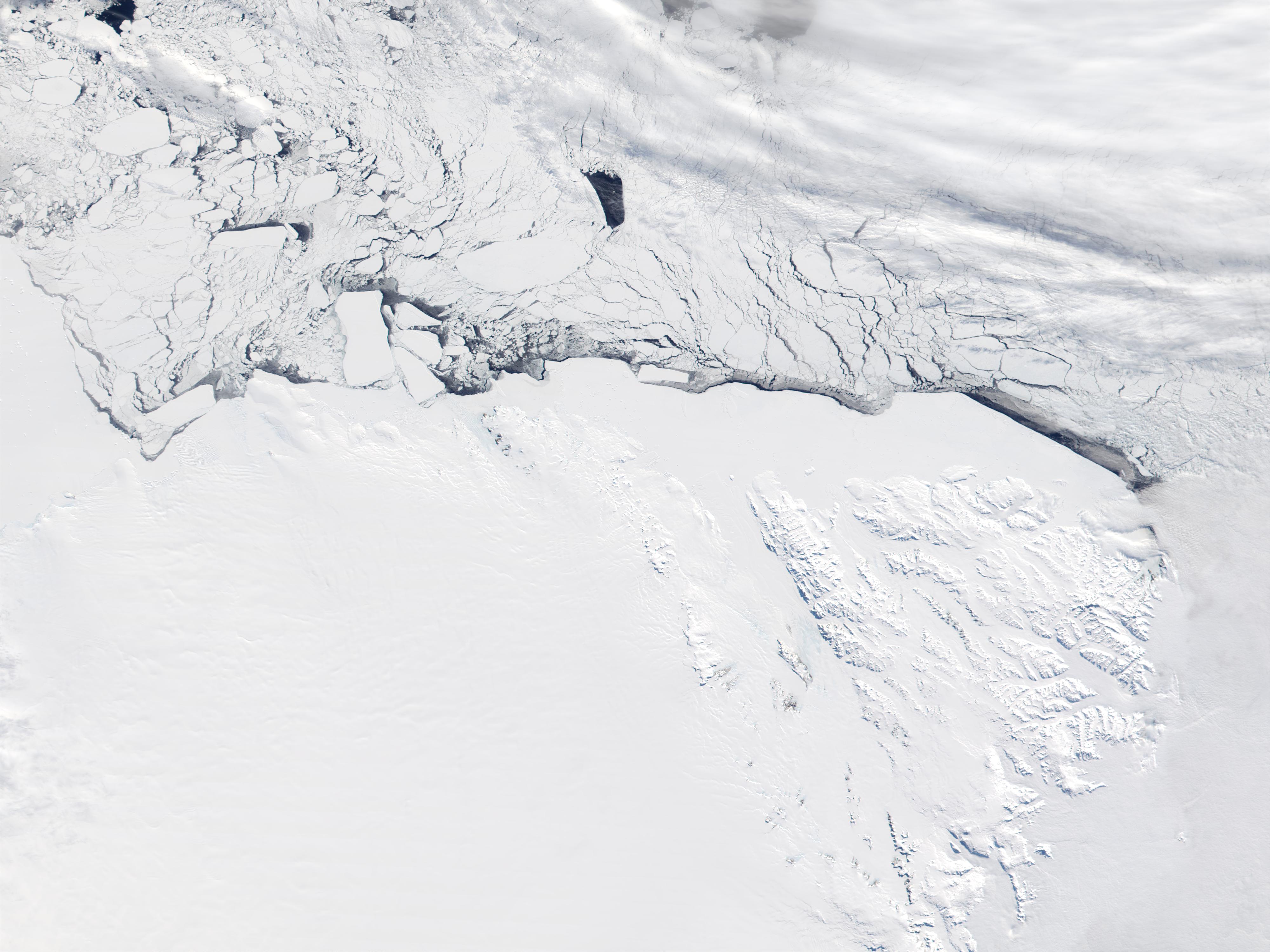 Sea ice begins to melt and break away from Oates Coast in the upper-half of this MODIS true-color image acquired from data collected on October 13, 2001. As springtime progresses, and temperatures rise above freezing, the coastline of Antarctica becomes a visible reality.