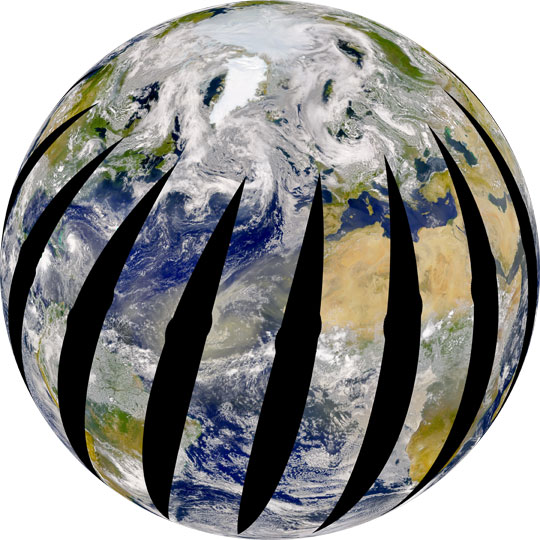 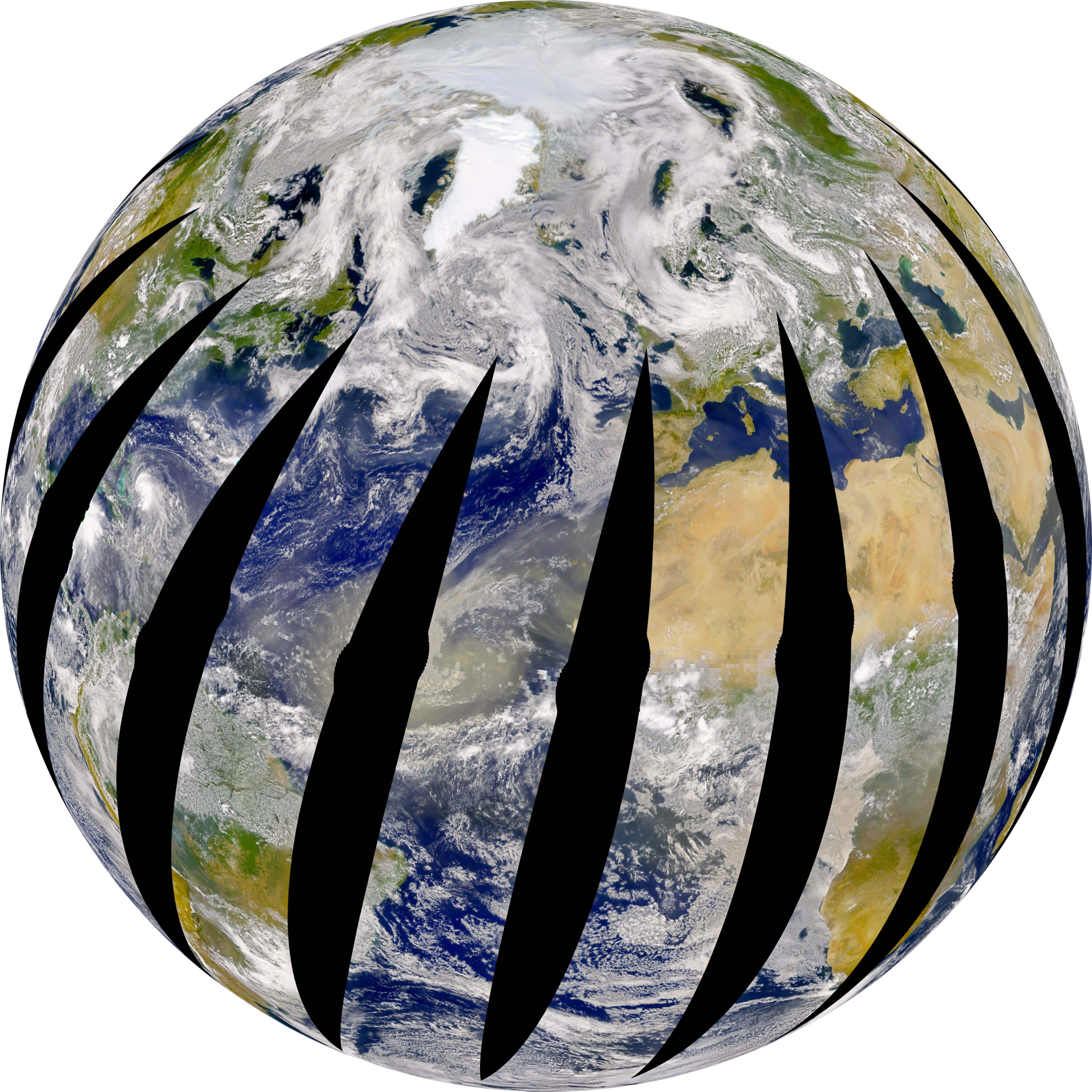 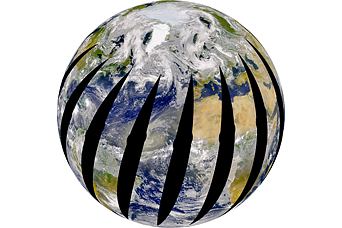 Floridians looking for a break from hurricane season in late July 2005 were in for a change, though it wasn’t necessarily what they wanted: Saharan dust. By July 19, a massive dust storm had crossed the Atlantic towards southern Florida. This image, captured by the Sea-viewing Wide Field-of-view Sensor (SeaWiFS) instrument, shows wide swaths of the planet. On the right is the Sahara Desert, Earth’s biggest dust-producing machine. In the far upper left is North America, this dust storm’s likely target. In the center of the picture, intermixed with clouds, is the swirling dust storm, nearly the size of the United States.