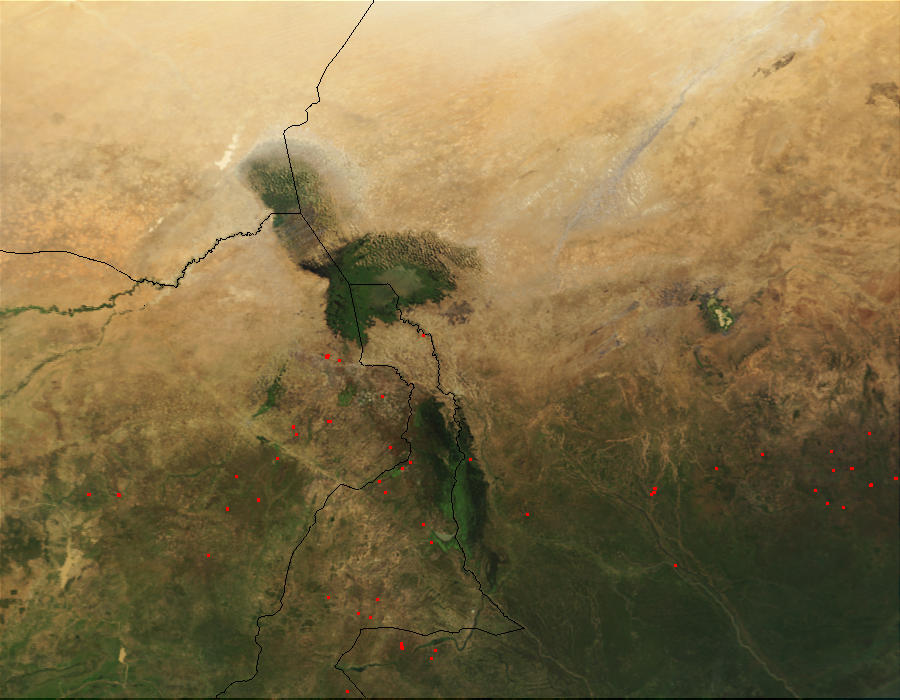 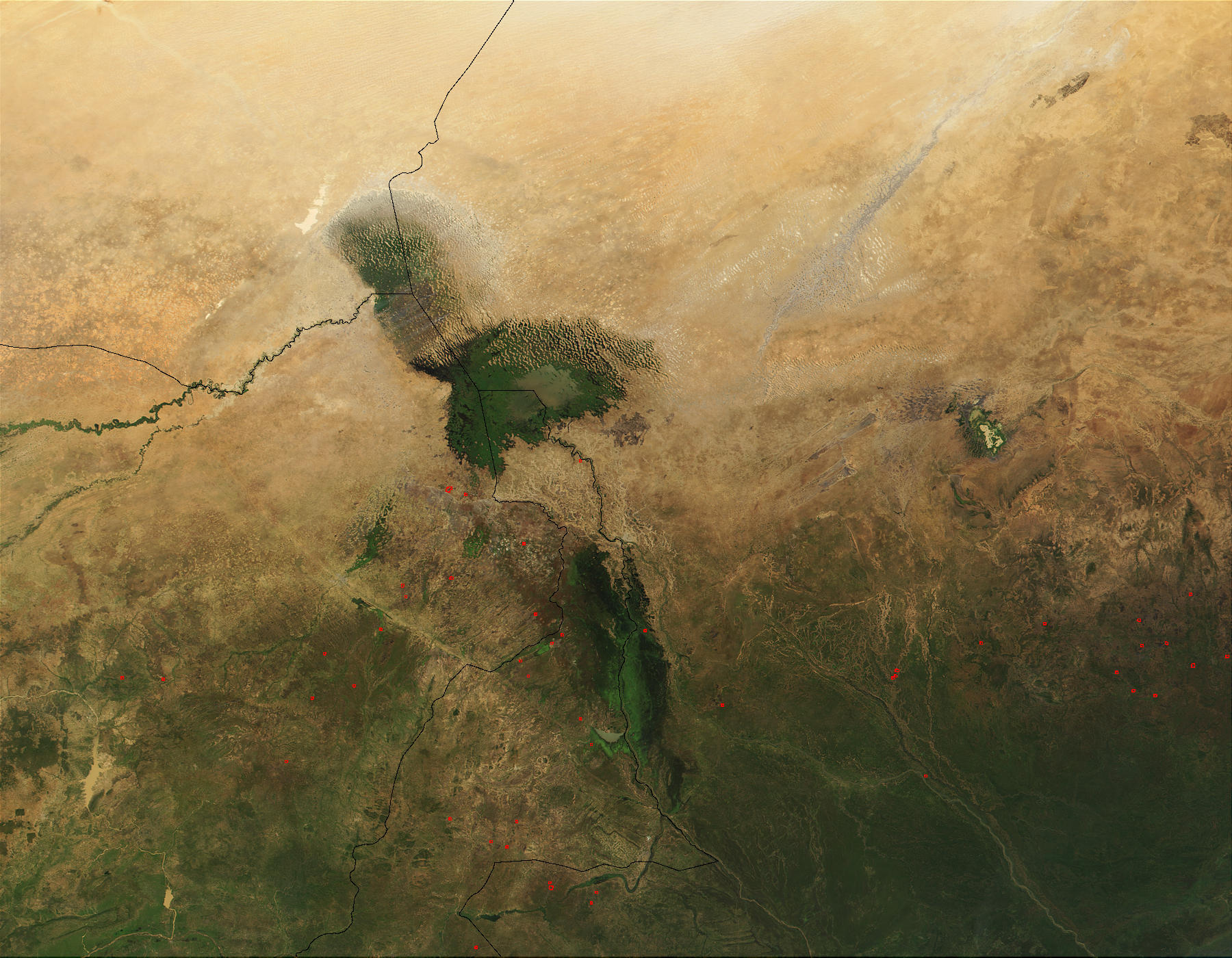 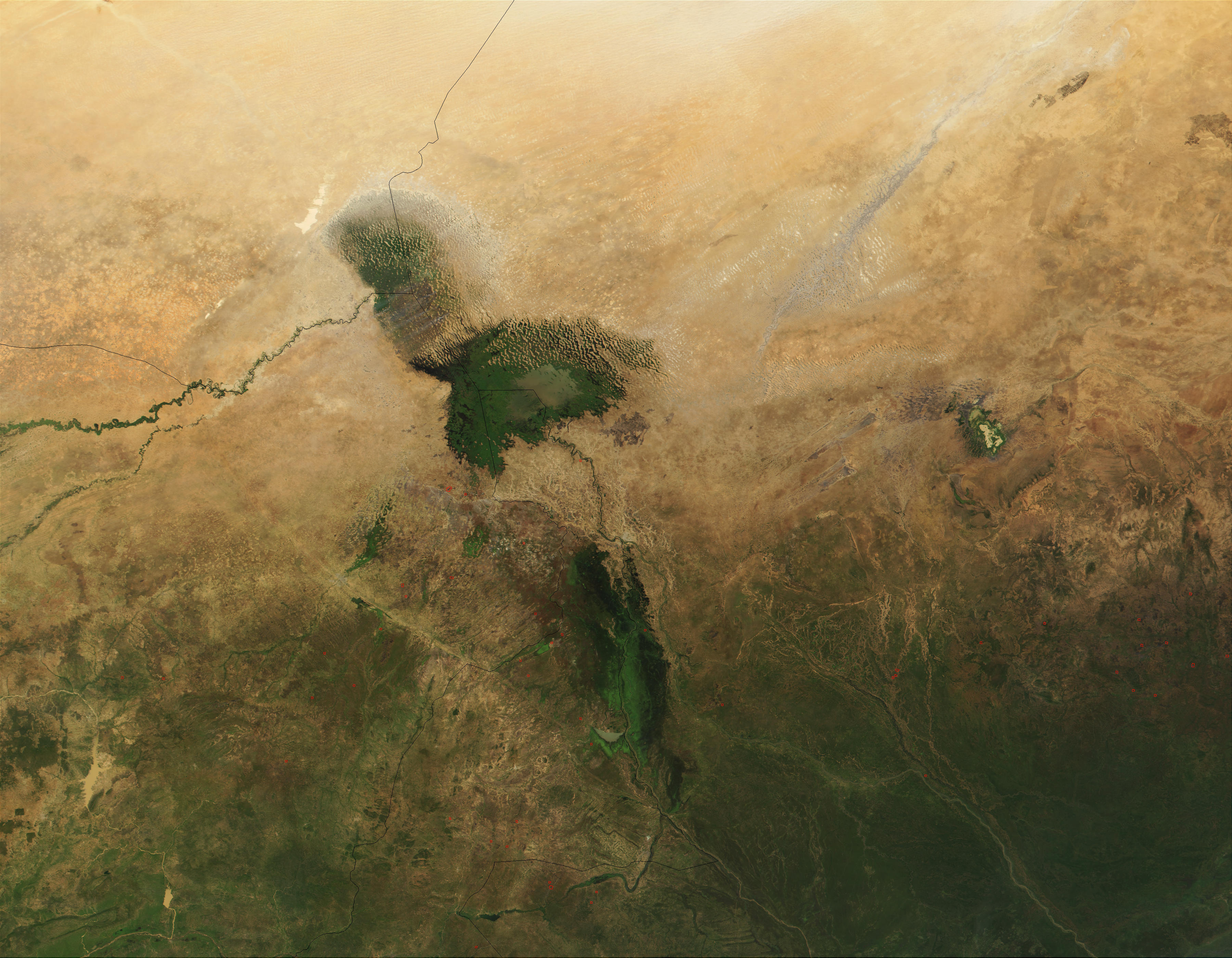 Lake Chad, shown at the top-center of this true-color MODIS image acquired on October 21, 2001, is but a fraction of what it once was. The lake, surrounded by wetlands, has been taxed heavily as a source for numerous irrigation projects, and is subject to an arid climate that has endured a dramatic decrease in rainfall over the past forty years. The green and brown rippled area to the north and northwest of the lake (most clearly visible in the high-resolution image) suggests the lake's previous surface area.

The majority of the lake sits in the country of Chad, which spans from top to bottom on the right side of the image. The other countries visible, moving clockwise from Chad, are Cameroon, Nigeria, and Niger.

Click to see a series of Landsat images of Lake Chad published earlier on the Earth Observatory.